Imagine someone establishes a new think tank within the UK government, perhaps like the Strategy Unit which existed in the Cabinet Office for a few years. It finds its feet, develops a reputation, struggles for funding occasionally, but gradually develops a sense of identity and purpose. Part of this is to reflect on the nature of policy, to provide a space in which the instruments of the state can be questioned. After a few years, the Ministry of Defense comes knocking on its door, accusing it of being too conservative and not sufficiently ‘inter-departmental’. “So what should we be doing instead?”, the small think tank pleads. “Well you could help us with these nuclear submarines for starters,” comes the reply.

The charge that the social sciences have become too ‘conservative’ and insufficiently ‘interdisciplinary’ is a persuasive one. But one has to pay careful attention to what is being proposed as a solution. For Amanda Goodall and Andrew Oswald, applauding a recent polemic by Nicholas Christakis (interview here), it appears to mean one thing only: the social sciences must become not only cognizant of the natural sciences, but actively supportive of their research agendas. Only this way can the social sciences connect with major policy problems such as climate change, and overcome their stultifying resistance to change.

According to Goodall and Oswald, the subject matters which should be imported into the curricula of the social sciences include:

modern brain science, the geophysics of climate change, the hormone cortisol, the biology of skin resistance, the genetic polymorphism 5-HTTLPR, the life-cycle happiness of great apes, the physiological effects of oxytocin or the nature of herd behaviour in zebrafish.

Meanwhile, Christakis seems to have grown bored of the traditional subject matter of social science:

I’m not suggesting that social scientists stop teaching and investigating classic topics like monopoly power, racial profiling and health inequality. But everyone knows that monopoly power is bad for markets, that people are racially biased and that illness is unequally distributed by social class.

Progress, apparently, would lie in looking to new forms of ‘interdisciplinarity’ with the natural sciences.

Yet social scientists are already developing ‘digital methods’ and trying to engage with ‘big data’, albeit with a sometimes skeptical eye. Many of them lack the job security, confidence or the freedom to disappear into their pejorative ‘ivory towers’ any longer.  And the case against knee-jerk hostility towards the life sciences has been articulated compellingly by the British sociologist, Nikolas Rose (interview here). 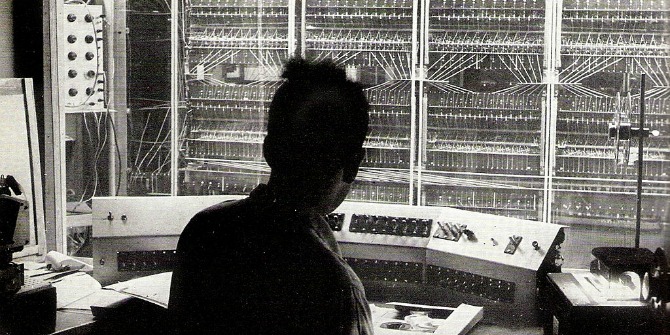 However, there are a number of grave problems with Goodall and Oswald’s call to arms. Firstly, it is entirely ahistorical. Being ahistorical may not matter if you are a dealing with the ‘life-cycle happiness of great apes’, but it does matter if you’re dealing with ‘racial profiling’. There is a simple reason for this: if great apes do history themselves, then we are not able to understand it, whereas races and racial profilers have histories, which they can articulate and which influence how they act. To overlook this is to deny oneself the possibility of simple interpretation of other people’s lives.

Goodall, Oswald and Christakis demonstrate scant curiosity about what the social sciences are, or where they came from. The unspoken implication is that they are simply a junior off-shoot of a naturalist project which began around the time of Francis Bacon. Is it not significant that they emerged in late 19th century Europe, in the context of the collapse of Victorian liberalism? Would it not be useful for one of their neuro-economists to know that the aspiration to ground decision-making in the physical body has been a repeated obsession of behaviorists over the past century, which has run into a pattern of familiar failures and crises during that time? Viewed this way, it might be possible to ask about the status of the social sciences in 2014, as something other than mere understudies to the natural sciences. A new form of ‘interdisciplinarity’, possibly a new vision of experimentation, may be the welcome result.

Much of what gets tagged as the ‘conservatism’ of social science might otherwise be understood as ‘sympathy’ for the concepts and language which research subjects (or research users, such as policy-makers and business) employ and understand. It is important to understand the ways in which behaviorism and manipulative experiments blow up, both ethically and scientifically. There are critiques of neuroscience, such as Bennett and Hacker’s, which help to understand precisely when and why this discipline occasionally seems to veer into the nonsensical use of language.

In an age of unnerving Facebook emotional contagion experiments, and an economics discipline still largely modelled upon 19th century physics, the idea that the social sciences can best serve society by closing their eyes and straining even harder to produce knowledge resembling biology or chemistry, seems almost perverse. Goodall and Oswald take it for granted that the way for social scientists to do “their job of helping humans to understand the world and improve life” involves reaching out to the natural sciences, with no offer of reciprocity. Christakis takes it for granted that social science means spotting patterns in behavior. These assumptions aren’t even acknowledged let alone justified. We should count ourselves fortunate that Thomas Piketty does not share their premises, or we’d have been robbed of one of the most exciting and ambitious pieces of interdisciplinary social science of the last thirty years.

There is scope for change, and the stakes are high. On that, most people are agreed. Goodall and Oswald’s example of global warming as a challenge to the social sciences is a compelling one. But it is surely an even greater challenge to our political institutions. Political scientists and anthropologists could therefore collaborate to understand how effective policies run into the ground. Economists and sociologists should work together, to understand how the needs of finance have come to trump all other notions of the global public good. All of this would need communicating better, outside of journals. But it also requires firm resistance to the idea that ‘science’ can solve problems which are outcomes of institutional, cultural and political history, and not simply matters of nature and technology.

Will Davies is a Senior Lecturer at Goldsmiths, University of London. He is convener of a new BA Degree in Politics, Philosophy and Economics, and Co-Director of the Political Economy Research Centre. 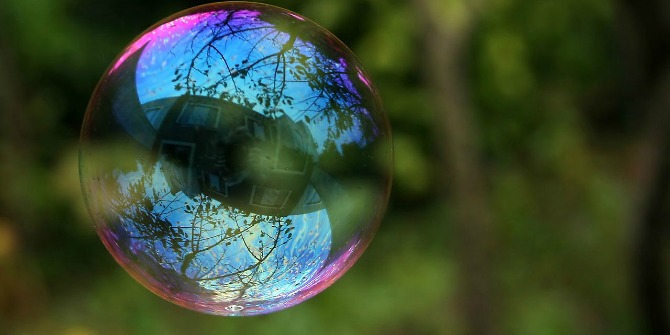