Public Engagement and Social Science provides us with a timely and rich contribution to discussions of the public sphere, participatory models of communication and how this plays out in the current UK Higher Education context. Through the presentation of diverse case studies, the collection provides social scientists with myriad examples of the potential practical implications of their research, writes Karen Lumsden.

Public Engagement and Social Science is an edited collection exploring the value of public engagement in the wider social scientific context and the application of the theory and practice of public engagement to the social sciences. The chapters draw on a series of café shop talks, Social Science in the City, which have taken place in Bristol, England since 2010. These workshops aim to generate debate and encourage individuals to think about critical social issues encountered in their everyday lives, either as professionals or citizens.

The rationale for the Bristol social science café talks is based on the wider café scientifique movement which can be traced back to the café philosophique movement developed in France in the early 1990s (p.7) and the first UK based café which was set up in Leeds in 1998. It refers to a ‘grassroots public science initiative’ that currently runs across 42 cities in the UK and other countries (p.7). The format consists of one monthly meeting in a café or bar, during which scientists talk about their work to a public audience. The aim is to ‘act as a forum for debating science issues’, not to act as a ‘shop window for science’ (see cafescientifique.org). Examples of current and previous initiatives from across the globe include: café talks held at the Maritime Museum in Hong Kong, with speakers covering topics such as artificial intelligence, bird flu, and emotion, perception and delusion) and Dubai Café Scientifique, set up by a school teacher and the first of its kind in the Middle East. It aims to address the stigma associated with science, making it more accessible to the general public (see Time Out Dubai, 2013).

In this edited collection the term ‘public engagement’ is taken in its broadest sense to refer to ‘a participatory model of consultation and policy implementation that … can be seen as part of the broader process of disseminated governance that took hold in the 1970s… in relation to public sector restructuring’ (p.viii). The authors are concerned with drawing on a wider social scientific perspective to explore the value of public engagement in the context of a range of substantive topics affecting people’s everyday lives. 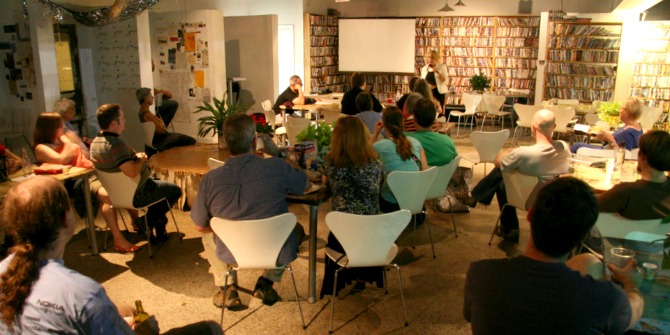 The second section explores the issue of public engagement in practice. A wide range of issues are covered in the chapters, including: the 2011 England riots, restorative justice, and inter-personality disorder. These chapters aim to unpack the ‘impact and meaning of public engagement for research, teaching and other forms of social and political involvement and activity’ (p.ix). For instance, in Chapter 3, Hunt focuses on the 2011 ‘disturbances’ (riots) which took place at cities across England, and argues that they are ‘rich in sociological significance and practical implications in terms of future academic research’. Hunt uses the space to present an overview of explanations for the riots provided by YouGov and others including community relations, the copycat effect, social network communications, gang culture, economic crisis, political alienation, family breakdown, criminality and moral decay (p.55-58).

The third section of the book concentrates on the example of applying Social Science in the City and beyond. The chapters cover participants in the café talks, and those which have specifically resulted in partnerships between the university and schools and community groups. Via reference to Burawoy’s ‘public sociology’ and the tension between the emancipatory aims of sociology and the alignment of other social sciences to the market, it is argued that the café ‘helped to produce different publics’ and demonstrates the results this had for those individuals involved (p.ix). In Chapter 15 the authors discuss preliminary focus group research conducted at a tea party and lunch in order for community agencies to gather information about the health and advice needs of older people living on a council estate in Bristol. The research aimed to capture the ‘memories and experiences of older people living on an estate’ since they are ‘carriers of living social histories and can tell us something about the deeper dimensions of the estate’s changing identity’ (p.225). The authors reflect on the importance of the participants in the research, community workers, and a local advice centre for aiding their collective learning (p.232-33).

In their conclusion, the editors highlight the need to ‘respond pragmatically to the neoliberal-inflected agendas within higher education that emphasise impact’ and instead focus on the ‘dynamic quality of social life and the creativity and sometimes counter-hegemonic imaginaries of those who bring their own questions, experiences and issues into publically engage events’ (p.241). They argue that ‘publically engaged social science entails a series of shifting relations between us, the “sponsors” (see Rowe and Frewer), and our designated publics’ (p.242). Moreover, rather than relying on Burawoy’s rigid distinction between sociology (as emancipatory) and other social sciences (as restrictive) we should focus on the ‘common ground of the social sciences as performatively engaged in social life and as potential contributors to creating and imagining alternative realities’ (p.246).

Public Engagement and Social Science provides us with a timely and rich contribution to discussions of public engagement and the impact of the social sciences. Through the presentation of diverse case studies, the collection provides social scientists with myriad examples of the potential practical implications of their research. It is an essential read for social science students, academics, and also practitioners who are interested in the critical social issues which impact on their everyday lives, and who more specifically wish to engage with debates around the role of the social sciences in the public sphere, the theory and practice of public engagement, and how this plays out in the current UK Higher Education context, including the focus on demonstrating the impact of social science research.

Dr Karen Lumsden is Senior Lecturer in Sociology at Loughborough University and has a PhD in Sociology from the University of Aberdeen. She is author of Boy Racer Culture: Youth, Masculinity and Deviance (Routledge, 2013) and co-editor of Reflexivity in Criminological Research: Experiences with the Powerful and the Powerless (Palgrave Macmillan, 2014). Karen is a sociologist of crime and deviance and ethnographer, and her areas of expertise include policing, youth, car culture, and moral panics. Read more reviews by Karen. 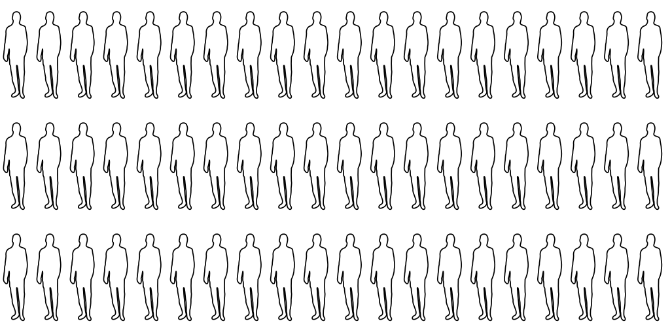