The stakes and politics of research and scholarship are different depending on discipline, department, and institution, and as such, increasing awareness of scholarly communication is fraught with difficulty. Librarians Jennifer Bazeley and Jen Waller share their experience developing a Faculty Learning Community (FLC) in order to address the issues. Cultivating awareness of the entire scholarly communication landscape created stronger faculty advocates for change, but key differences emerged between longer established and newer faculty members.

Librarians at Miami University Libraries have been following the changes in the world of scholarly publishing for many years. A few of us, in particular, have been active advocates for open access and for authors’ rights. Over the years we have tried a number of different strategies to increase awareness among faculty members at our institution about the issues inherent in the changing landscape of scholarly communication. Several years ago we began our work with an early attempt to present an open access resolution to academic deans at the university. The ensuing discussion created so much controversy that we had to abandon it. Subsequent activities largely went unnoticed by faculty, including the creation of an online guide addressing open access issues for faculty and librarians, a copyright workshop for faculty, and a library-wide celebration of Open Access Week.

Our strategies were not failures, yet we knew that we weren’t reaching faculty in a meaningful way. In fact, we were doing outreach when what we needed to do was engage. In late 2011 we began brainstorming new ways of targeting faculty and hit upon the idea of creating a faculty learning community (FLC). At Miami University a FLC is a group of trans-disciplinary faculty, staff, and students who meet regularly over an academic year with a specific curriculum intended to advance teaching and learning. With support from the university’s center for teaching and learning and library administration, we designed and established a FLC on scholarly communication. We ran the first iteration of this FLC during the 2012-2013 school year. 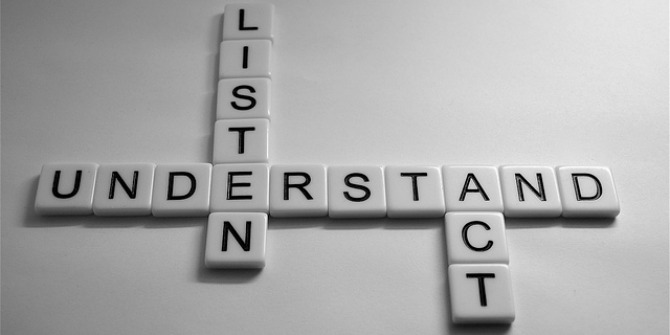 Looking back on it, there were two things that were key to our success with this FLC. First, we examined the issues from a faculty perspective – faculty members have a different stake in the scholarly communication lifecycle than librarians do, a fact we didn’t fully appreciate before the FLC. Secondly, it quickly became apparent that the interdisciplinary nature of the FLC itself was exceedingly beneficial. Hearing views from multiple disciplines (STEM, humanities, and social sciences) and multiple roles (librarians, faculty, graduate students, and staff) expanded our discussions and ultimately shaped everyone’s views for the better.

Throughout our discussions of scholarly communication, FLC members identified two primary barriers to creating change in the system. The first is that the current scholarly publishing system underpins the promotion and tenure (P&T) system. Reshaping publishing has significant implications for P&T as it exists now at our institution, and change can move at a glacial pace. The current system forces faculty to invest enormous amounts of time and effort in the current scholarly publishing system, leaving little or no time to explore alternative models. The structured nature of the FLC forced our members to look closely at other models and to fully explore other options.

The second, albeit related, barrier is a widespread lack of awareness among our faculty members of the changes occurring (or those that have already occurred) in scholarly communication outside the sphere of themselves and their individual departments. Many members of the FLC were surprised to learn that there are significant issues and challenges in the current scholarly publishing system or that there are alternatives to the status quo. Many in our group never had the time or resources to focus on the issues behind the system while actually participating in the system.

We facilitated this FLC for two academic years, with a different group of faculty and staff for the second year. Interestingly, the community aspect of the group in the second year was drastically different than the first year. Our first group formed a community quickly and more naturally than did the second. In our second year, we had to work much harder to create the community and to build trust. Even so, one of our second-year members remained skeptical and defensive throughout the year. This forced us to slow the pace of the second group, and in some cases, re-think our strategy for generating awareness and engagement.

Throughout the experience we noticed that faculty members tended to fall into two broad categories. Faculty who had been at the university for a long time or who had successfully completed the tenure process responded better to a “slow and steady” approach. Our initial outreach campaigns and Open Access Week celebrations were meaningless to them, because they had been entrenched in the existing system for so long. We discovered that the issue of predatory publishing resonated strongly with these faculty members, as many of them had already been approached by predatory publishers. This topic created an easy segué into a broader conversation about the pros and cons of “open.” Conversely, newer faculty members – those who were still in the midst of the P&T system or hadn’t even started the process yet – generally started from a more open-minded position. They were more eager to discuss open access issues, perhaps because they grew up with completely different technological opportunities. Leveraging their open-mindedness and enthusiasm was a powerful strategy. Creating awareness in this subset of faculty may bring the most change to the system over time.

Gaining a better understanding of the divisions and departments on our campus – and getting a better feel for how P&T works in each – has been crucial. The stakes and politics of research and scholarship are different depending on the discipline and the department, and understanding them more thoroughly was critical in creating an engaged community. As a result of co-facilitating these FLCs for two years, we learned a tremendous amount that we hope to use in the future. We learned not to overestimate faculty awareness of things like institutional subscription costs, the scholarly publishing lifecycle, and journal economics. Perhaps our most profound realization was that we had been asking faculty to advocate for change in a system that they only knew in part – as authors, editors, and reviewers. Cultivating awareness of the entire scholarly communication landscape created stronger faculty advocates for change.

Jennifer Bazeley is the Interim Head of Technical Services at Miami University Libraries. In this role she oversees the library’s materials expenditures and coordinates all aspects of electronic resources purchased by the library. She is an active member of the library’s Scholarly Communication Committee. Her research interests include the role of libraries in scholarly communication, improving technical services workflows, and analyzing e-resource usage data.

Jen Waller works in the Miami University Libraries’ Reference and Collection Services unit as the Interdisciplinary Librarian and Scholarly Communication Liaison. In this role she provides library services to interdisciplinary programs and initiatives across campus and manages the Library’s scholarly communications programs and services, including open access advocacy, author rights, copyright, and new forms of information dissemination and scholarly publishing. 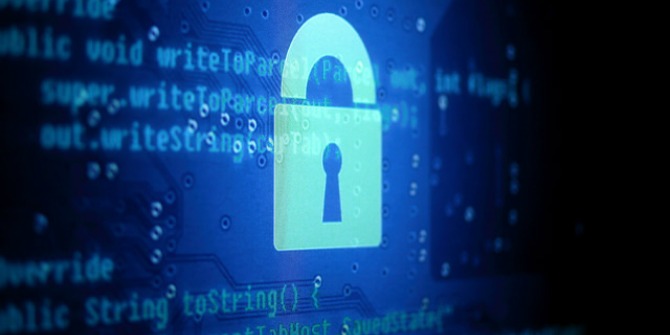