UK universities have had to become much more responsive to changes in the pattern of demand and compete with one another for different revenue streams. James Johnston and Alan Reeves ask how this has played out in relation to the undergraduate economics degree, finding that new universities have retreated from offering economics programmes even as student numbers rose substantially. The authors argue that the role of research evaluation exercises cannot be ignored in this development and that there is a widening gulf between new and old universities. Moreover, the study of economics is being restricted along class lines, with students from disadvantaged backgrounds more likely to attend new universities and thus less likely to have access to economics programmes.

The removal of the binary divide between universities and polytechnics and the opening up of the UK’s higher education to the masses would appear to have set in motion changes that are re-shaping the sector in some interesting and perhaps unexpected ways.

Maintaining the unit level of taxpayer support in an era of increasing participation rates has been deemed undesirable by successive UK governments and universities have reacted to the resultant financial pressures by shifting a greater proportion of the cost of the system on to users. A corollary of these changes is that universities have had to become much more aware of and responsive to changes in the pattern of demand. While courses that struggle to attract students might have been retained in the past, there is increasing evidence that this is no longer the case. Courses are dropped and others are added with increasing speed as universities seek to compete with one another for different revenue streams. How have these changes played out in relation to the undergraduate economics degree in the UK?

Research from other parts of the world points to worrying trends for economics degrees. In Australia, Canada and Germany, for instance, there would appear to have been noteworthy declines in the number of institutions offering economics degrees and to the numbers of degrees awarded. (See a forthcoming journal article by Lodewijks and Stokes; “Is academic economics withering in Australia?”.)

Here in the UK, data obtained from Universities and Colleges Admissions Service (UCAS) and Higher Education Statistics Agency (HESA) revealed that the three most common economics undergraduate titles were Economics, Business Economics and Financial Economics. Further analysis of the data highlighted some stark and telling differences between the performances of the ‘old’ (pre-1992) and ‘new’ (post-1992) universities with respect to economics provision: old universities were much more likely to offer undergraduate economics degrees than new universities. Indeed whether a university is categorised as old or new is probably the best predictor of whether it offers an economics degree. In 2011/12, three quarters of new universities did not offer an economics title. Of the 66 universities offering single degrees in at least one of the three most common titles 48 were old and just 18 new. North of a line between Preston and Sheffield there are no single economics degrees on offer in the new university sector.

Why have so many of the new universities retreated from economics? Some will argue that it is simply the market working by cutting out small inefficient programmes and replacing them with larger, more cost effective ones. University management at the 16 withdrawers clearly made the decision to cut economics which will have had resource implications for incumbent economists. Some of them would have retired, some moved elsewhere, some made redundant and some would have been redeployed in other areas. It is very likely that demand for places on economics programmes fell to make the programmes uneconomic and new programmes would have been put in their place and it is well known that new universities tend to have a different product portfolio focusing on more vocational subjects. Thus Business Studies is more common in the new than the old universities. In the same way new universities might have Business Law instead of Law and Physiotherapy instead of Medicine and new universities typically have lower entry requirements than old universities. A struggling economics programme will find that it has to reduce its entry standards to attract more students. Lowering entrance requirements can be counter-productive as league table positions are in part determined by entry points and lower entry points can lead to a drop in league position.

The role of research evaluation exercises cannot be ignored. They can have serious resource implications for universities. Universities that do well in the exercises receive funding to do more research and those that do badly receive little or no funding, this making research very difficult. The result is that over time research becomes more and more concentrated in fewer universities, all of them old universities. The number of universities submitting to the economics research assessment exercise fell steadily from 60 in 1992 to 35 in 2008, with the new universities falling from 12 to 3. Having a strong research base may be a good reason to retain economics programmes and conversely having little or no research base a good reason to withdraw them. New universities have performed poorly in successive research exercises prompting withdrawal of their economics submissions so that of the only three that entered in 2008 all performed much worse than the 32 old universities.

One of the interesting and perhaps unintended consequences of the changes that have taken place in the UK’s higher education system in recent years relates to the widening participation agenda. To their credit, successive UK governments have sought to make a university education accessible not just to a greater proportion of the country’s population but to parts of society previously under-represented in the higher education system. Though government reforms have undoubtedly succeeded in raising the participation rate of under-represented groups, there is a lot of evidence to suggest that access to higher education has become increasingly stratified on the social class margin. In particular, students from less privileged backgrounds are much more likely to attend new universities. To the extent that this is and continues to be the case it implies that access to the study of economics at a higher level has also become stratified along the same margin.

If this is accepted as an adequate description of what has happened, then the next question is: does it matter and what if anything can be done about it? Clearly a system that allocates access to the study of higher-level economics to those who are willing and able to meet the increasingly demanding academic and financial price charged by the UK’s old universities is one that risks excluding from this important body of knowledge those from lower income groups. Skewing access to the study of economics in this way has the potential to harm not just the career prospects of the socially disadvantaged but also impoverishing the wider debate on economic issues at the level of the nation. To the extent that they are successful, efforts by government to increase access to more selective universities should go some way to ameliorating this worrying trend.

New universities are becoming very different from old universities with their emphasis on vocation and training rather than education per se. Economics is one example of this happening now. There are other disciplines where a similar story could be told and similar concerns could be raised. Undoubtedly, the economics undergraduate degree is very healthy in the UK overall, but not everywhere in the UK and not for everyone who wants to study economics. Perhaps it is becoming and elite subject for elite universities. The combination of market forces and government policies has conspired to set UK education on a path to reduce the range of opportunities for young people to study economics. This returns us to the days of the binary divide between the universities and polytechnics that existed before 1992 but this time the divide is between old and new universities.

For more on this research, see ‘Has economics become an elite subject for elite UK universities?‘ by James Johnston, Alan Reeves and Steven Talbot.

This piece originally appeared on our sister blog British Politics and Policy.

James Johnston is Lecturer in the Business School at the University of the West of Scotland.

Alan Reeves is Lecturer in the Business School at the University of the West of Scotland. 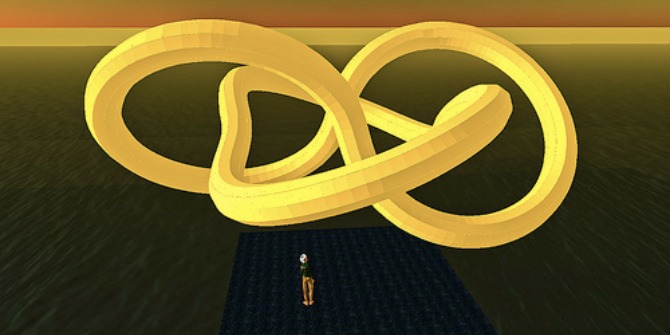 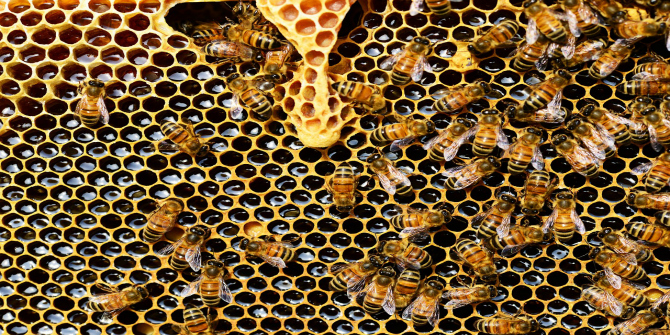