Athene Donald highlights an important document published by the Royal Society which addresses the plight of PhD students and their job prospects. The overall shape of the pipeline feeding through from research student to professor is not in doubt. Few make it. Supervisors and institutions can do more to manage expectations and improve job prospects. It is vital that students pick up other skills, look to broaden their CVs and gain a breadth of experience during their PhDs for the situation to improve.

This post first appeared at In Verba and is cross-posted with permission.

Research students embarking on a PhD do so for many reasons and with different degrees of understanding of what they are letting themselves in for. Equally, supervisors of research students have a wide range of different attitudes and aptitudes towards supervision. Sometimes there is a mismatch of expectations. When this happens students can find themselves disillusioned, unhappy and let down by a system that doesn’t always seem to have their best interests very high up the agenda. Universities themselves, and their careers services, also have responsibilities in managing expectations and delivering support and advice.

Recognizing the possibilities for a mismatch of expectations, the Royal Society has published a brief document ‘Doctoral students’ career expectations: principles and responsibilities’ spelling out who should take responsibility for what. Undoubtedly there is more that universities can do in setting out the framework within which research should be carried out. Students must not be regarded as mere ‘bench monkeys’, but nor should they themselves be passive in seeking out what they need; certain responsibilities fall on them as others fall on the supervisors and the institution itself. 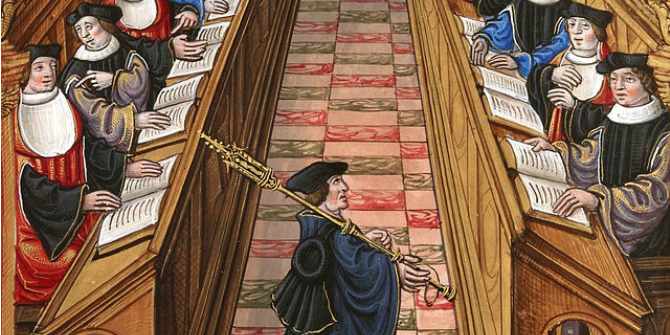 Image credit: Meeting of doctors at the University of Paris. From a medieval manuscript. (Wikimedia, Public Domain)

As Chair of the working group that has produced this document, I was unsure how it would be received by ‘stakeholders’ i.e. representatives of all the different parties to whom it potentially could apply. The Royal Society hosted a series of stakeholder meetings to test the waters before finalising the text. I was heartened by the enthusiasm with which the group I saw – senior university managers and people working in careers services – greeted our words. It seemed that university managers felt they tried to promote ideas of responsibility to both supervisors and students, but that their words too often fell on deaf ears or carried no weight, not least because it was ‘managers’ saying these things. It is to be hoped the external voice of the Royal Society may carry more authority, because these messages are of fundamental importance for the well-being of the research base. I understand representatives from the researcher community also felt it gave greater clarity as to what they could and should be asking for from the systems in which they worked and so would make it easier for students to voice their concerns.

Research students need to know what too many seem to want not to know, that doing a PhD is not an automatic passport to a lifetime in academia. For many, that isn’t what they want to do anyhow. It depends on discipline – engineers are less likely to expect or wish to stay in academia than biologists, for instance – but it is unfortunately too simplistic to believe if you get a PhD there is a faculty position waiting for you. If you query that, look at Figure 1.6 in the Royal Society’s report The Scientific Century. The precise numbers are difficult to establish, but the overall shape of the pipeline feeding through from research student to professor is not in doubt. Few make it. So, it is vital that students pick up other skills, look to broaden their CVs and gain a breadth of experience during their PhD’s – and that they are facilitated, not obstructed, when they try to do so. Failing to gain such skills, they may not be well-placed to find jobs outside academia.

In what I write above I by no means intend to imply that academia should be the destination of choice. I absolutely don’t believe that, although it is a message too many students can receive during their training. As a nation we so often desperately need, but lack, scientifically-trained individuals in a huge variety of spheres ranging from politics to the media. I would love to see a world in which experienced scientists were valued in such milieus and that students actively sought such opportunities out. These are messages that our higher education institutions and the supervisors themselves should be giving out throughout a PhD programme.

I hope that readers across the spectrum (students, supervisors, careers services and Deans and Pro Vice-Chancellors) will look at this document and consider what they individually need to do to improve the climate in which students carry out their research. PhD students are an invaluable intellectual resource for our nation and must not be squandered or hindered. Whatever their future destination we need to ensure their time is not wasted or limited during their PhDs and that they can maximise their talents and skills for everyone’s future benefit, most particularly their own. 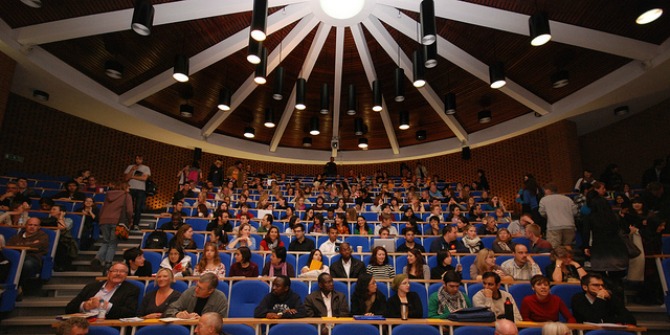 Book Review: Community Engagement 2.0? Dialogues on the Future of the Civic in the Disrupted University