Following the disappointment of the removal of the European Commission’s office of Chief Scientific Advisor, Roger Pielke, Jr. looks at the past three years and finds the office was largely powerless and disconnected. The establishment of the office was a symbolic gesture, rather than representing any substantive commitment to improving science advice in Europe. But the termination of the office may act as a catalyst for conversations on scientific leadership that should have already been occurring.

Last month, when the European Space Agency’s Rosetta mission orbited comet 67P (Churyumov–Gerasimenko) and deployed its Philae landing module, it was a triumph for collaborative science and technology in the EU. But on the same day, the European Commission (EC) and its newly elected president, Jean-Claude Juncker, announced that it would be getting rid of the office of chief scientific advisor (CSA). That meant that Anne Glover was the first and, for now, the last chief scientific advisor to the president of the EC.

The stark contrast between the technological achievement in space exploration and the bureaucratic wrangling down below did not go unnoticed. James Wilsdon of the University of Sussex observed: “The European Commission chose the evening before the Rosetta landing to confirm quietly that its most senior scientific role, that of chief scientific adviser (CSA) to its president, is being scrapped.” Now that the dust has settled a bit, what does the termination of the Commission’s CSA signify for the future of science advice in Europe? 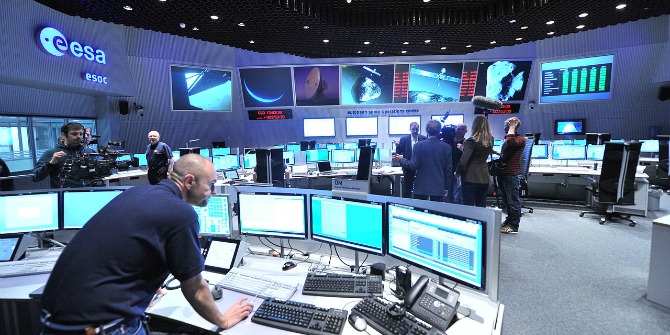 Epitaphs written in the aftermath of Juncker’s decision to eliminate the CSA often elevated the office to a status that it never had in its short existence under Juan Manuel Barroso. For instance, Sir Paul Nurse, president of the Royal Society commented: “This appears to be a very backward step by the new Commission, having only made the enlightened decision to raise the profile of scientific advice three years ago.” Professor Dermot Kelleher, president of the European Academies of Medicine, lamented that the Commission’s CSA office “was key in catalyzing scientific advice from across the spectrum, to inform the work of the European Commission in formulating sound policies for Europe.”

The reality of Anne Glover’s role in the Commission over the past three years was far more prosaic than these comments would suggest. Last August, at a conference in Auckland on global scientific advice organized by Sir Peter Gluckman, chief scientist to the New Zealand government, Glover gave a candid and revealing talk on her experiences as the Commission’s CSA. It was a remarkable talk, as I noted at the time. Slides from her talk, “1000 Days in the Life of a Science Advisor,” have been downloaded more than 6,000 times (available here).

In the talk, Glover explained that the CSA office had minimal resources (a staff of two when she began), and she occupied the role for 51 days before her first face-to-face meeting with President Barosso. Six months into the job, she started sharing briefings from her office with other EC departments, a favor that she says was not returned. Glover further noted that she asked Commission departments to nominate a “correspondent” to facilitate interaction with the CSA office, only to be ignored and, in at least one case, simply rejected. As Professor Albero Alemanno notes: “She quickly found herself in an institutional vacuum.” Glover’s story goes on, and it doesn’t get much better. Ultimately, President Barosso felt compelled to distance himself publicly from Glover and the CSA office over issues related to genetic technologies in agriculture.

In short, the CSA under President Barosso was largely powerless and disconnected. This state of affairs was not the fault of Glover, who took on the CSA role with energy and enthusiasm. The uncomfortable reality is that establishment of the CSA office was a symbolic gesture towards scientific advice, rather than representing any substantive commitment to improving science advice in Europe (see this paper for background).

From this perspective, President Juncker has actually done the scientific community a favor. For the past three years, most scientific organizations and their leaders seemed perfectly content with a symbolic, ineffectual CSA in the Commission. However, the termination of the office has forced a conversation that probably should have been occurring in far more prominent settings. Such a conversation is now underway (see, e.g., this special issue of the European Journal of Risk Regulation) and should continue.

President Juncker has yet to release details on how his administration is to structure advisory mechanisms, noting through a spokesperson: “President Juncker believes in independent scientific advice. He has not yet decided how to institutionalize this independent scientific advice.” However the Commission eventually structures its offices, a few issues will no doubt continue to be at the center of debates over science advice in Europe. Here I suggest several:

Last summer the position of the Commission CSA became the subject of debate when a number of environmental NGOs called for Glover to be sacked and the office abolished. Their concern was apparently over Glover’s views on technologies of genetic modification. The knee-jerk response of many single-issue campaigners is to attack the advisory process when it results in scientific judgments that they find politically inconvenient.

Such calls should be countered because, if successful, they would mean a complete loss of science advisory capabilities. In highly politicized contexts, any scientific conclusion is going to make some vested interest unhappy. Advisory processes should be improved when viewed to be unsatisfactory, not eliminated. To the credit of these NGOs, after their first, ill-advised campaign to eliminate the Commission’s CSA, they have focused their attention in more constructive directions such as in this (PDF) discussion of the principles of effective scientific advice.

The CSA is only one of many possible configurations for the provision of scientific advice. In Europe, the CSA has its origins in the British system. Other governments, notably Germany, have an excellent record of providing scientific advice in government without using a CSA model. What matters for effective decision making is the integrity and utility of advisory processes, not a particular institutional configuration.

The United States has adopted a hybrid model. It has a chief scientific advisor to the President, whose role and office is largely symbolic except for its role in the budgetary process. The heavy lifting associated with providing scientific advice to Congress and the federal agencies occurs in myriad committees and agencies, typically relying on academic, industry, and civil society expertise.

The European Commission (and the EU more broadly) could adopt any of these models, or something different still. The Commission may or may not need a CSA, but it does need a more thoughtful approach to scientific advice. At present, there is a need for conversation about what role science advice is to have in decision making, and alternative structures that might be implemented to deliver that advice effectively. Of course, in the diverse EU, national and cultural perspectives on governance and advice will have to be openly considered in any such conversation, recognizing that what works in one or more nations may not necessarily be appropriate for Europe as a whole.

Scientific Bodies Should Lead the Discussion

It is probably unrealistic for a conversation about alternative approaches to scientific advice to come from the European Commission itself or from individual national governments, as these bodies will be too close to the politics of advice. I am also skeptical that academics or representatives of NGOs are well prepared to lead such a discussion. Such individuals are often too easily distracted by single-issue advocacy on topics such as genetic technologies, climate change, pesticides, or nuclear power. However, individuals from governments, academia, and civil society should be included in any such discussion.

Leadership should come from professional scientific societies, including national science academies. By organizing a high-profile discussion of architectures for the future of science advice in Europe, such bodies might assume the role of an “honest broker” helping to clarify or even expand alternative ways forward. They can also help to play a role that they mostly ignored over the past three years. The termination of the Commission’s CSA represents an important opportunity for the scientific community. We should take it.

This piece originally appeared in Bridges – the magazine for OSTA, the Office of Science and Technology Austria

Roger Pielke, Jr. was the director of the Center for Science and Technology Policy Research at the University of Colorado (2001-2007) and has since returned in 2013 to this post. He has been on the faculty of the University of Colorado since 2001 and is a professor in the Environmental Studies Program and a fellow of the Cooperative Institute for Research in the Environmental Sciences (CIRES). 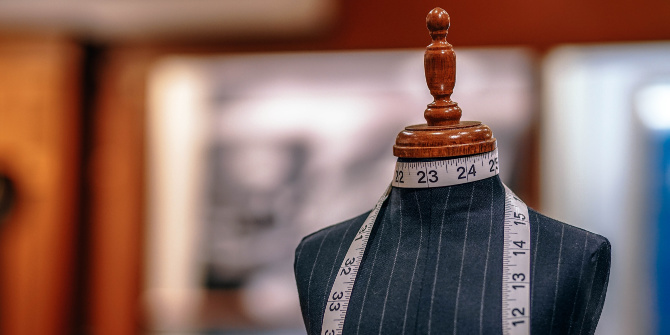