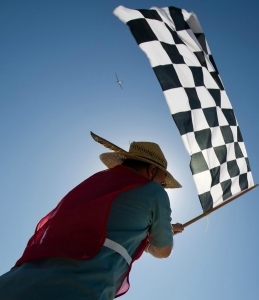 The Policy Institute at King’s advocates for the use of evidence as a key element in effective policymaking. However, translating research into policy is far from easy. Jonathan Grant, Benedict Wilkinson and David Willetts MP weigh in on how to explore new ways of engaging with evidence and engaging with policymakers. From developing better networks and communities of evidence-based practice to creating more incentives for an evidence ‘marketplace’, there is much to explore in building new ways to help the latest research achieve policy impact.

Professor Jonathan Grant and Dr Benedict Wilkinson on widening the understanding of what role evidence can play in policymaking.

“Law and sausages”, as Otto von Bismarck famously did not say, “are two things you do not want to see being made”. Much the same might be said of policymaking. Like sausage- and law-making, it is messy, iterative, and little understood. And for those of us who champion the use of evidence in policymaking – which is the central theme that runs through this month’s PolicyWonkers blog, and, more broadly, the work of the Policy Institute at King’s – the messiness inherent to all policymaking is a real challenge.

Indeed, as we see it, part of the appeal of evidence is that it ‘tidies up’ some of the messiness that pervades the policymaking process. To apply the words of David Sackett, one of the pioneers of evidence-based medicine, to a slightly different context: good policymaking should be about “the conscientious, explicit and judicious use of current best evidence”.

Indeed, this was precisely the idea captured by New Labour in their 1997 Manifesto when they portrayed themselves as “a party of ideas and ideals but not of outdated ideology. What counts is what works”. Nor is this a party political issue: David Cameron, for example, recently introduced the Contestable Policy Fund to “commission high quality advice from outside the Civil Service [and] draw directly on the thinking, evidence and insight of external experts”.

The use of evidence in policymaking is not just happening in the UK. In Canada, probably the second most vociferous advocate for the utility of evidence in policy formulation after the UK, for example, the Canadian Health Services Research Foundation has received federal funding to “provide healthcare policy- and decision-makers with the robust, accessible research they needed to make evidence-informed improvements to healthcare financing, management and delivery”. And although the EU has been somewhat reluctant to extol the virtues of evidence in policymaking, Anne Glover, the EU’s Chief Scientific Advisor, recently called for “a new system of evidence gathering within the Commission that entirely disconnects evidence gathering with the political imperative” and advocated for the creation of a department in the EU whose sole purpose is to examine policy proposals against the best available evidence*.

The growing acknowledgement of – and advocacy for – the use of evidence in policymaking is, in our view, a good thing. But it is balanced by a certain cynicism about what government can actually achieve. A recent poll conducted by Populus on behalf of the Institute for Government, for instance, concluded that “two-thirds of the public say they would be more likely to vote for a party that demonstrates how it would implement its manifesto pledges… But few (only 15%) are confident that parties know how they will fulfil their promises in government.” The fatalistic view, whether from government or the voters, that ‘nothing works’ is dangerous and one that needs to be challenged. Champions of “the conscientious, explicit and judicious use” of evidence in policymaking need to up our game.

For us, this means two things. First we need to understand and acknowledge that ‘evidence’ is just one ingredient in the policymaking process: habit, resources, values, ‘marketability’ and politics all, for example, legitimately impinge on that way policy is made – and, arguably, should be made. From this perspective, one role that evidence can and does play is to help reduce the uncertainty – the messiness – inherent to policy and decision-making.

But that is not to say this is the only role that evidence can play. And this is our second point: we need to accept that there has been a failure to bridge the so-called ‘gap’ between research and policy. In our view, this needs to be combatted by adopting new paradigms for engagement and exploring innovative ways of working. A recent systematic review of the barriers to – and facilitators of – the use of evidence by policymakers suggests that little has changed over the past decade: timely access to good quality and relevant research evidence, collaborations between researchers and policymakers, relationship and skill-building with policymakers – these are the factors that continue to be the most important in influencing the use of evidence.

But bearing in mind the still relatively meagre role played by evidence in the process, the fact that little has changed suggests that our current models are broken. We need to explore new ways of engaging with policymakers: developing communities of practice, employing the concept of ‘nudging’ from behavioural economics, and, most importantly, creating a ‘marketplace’ for evidence that includes demand-side incentives.

At the Policy Institute at King’s we have been reflecting on ‘what works’ in maximizing the impact of academic research on policy and practice. Learning from the research on evidence-based policymaking we have recently refreshed our strategy where we have organised ourselves around three themed activities: mobilizing impact; building partnerships and delivering analysis. Our mission is to improve evidence-informed policy by facilitating mutual engagement between academic, business and policy communities around current and future policy needs. Our PolicyWonkers blog is one part of that strategy: each month, we will invite four individuals to write short, ‘chatty’ posts that communicate their evidence-based policy ideas across a broad range of topics – from social care to Europe.

The Rt Hon David Willetts looks at how evidence currently informs policymaking, the misinterpretation of the Precautionary Principle, and what can go wrong when all empirical rigour is abandoned.

Professor Jonathan Grant and Dr Benedict Wilkinson make some very important points about evidence-based policy. In particular, I welcomed their point that whilst evidence has much to contribute to policy, it is – and should be – part of a wider mix. The decisions of political parties ought to be broadly predictable on the basis of their character and beliefs – they cannot just shift every time a new piece of evidence comes in.

Sometimes over-reliance on one specific piece of evidence can leave you vulnerable. I remember being influenced by Leon Feinstein’s very interesting paper for Economica in 2003 called Inequality in the Early Cognitive Development of British Children. He showed that bright poor kids fell behind rich dim kids by the age of 7. I served on Nick Clegg’s social mobility group and recommended this powerful evidence to him and he too was impressed and cited it. But Leon’s work was challenged by other academics because it was affected by reversion to the mean. The result was that the Guardian ran a piece that the Coalition’s social mobility strategy was undermined because the research on which it rested had been disproved. That is not, of course, a reason for giving up on evidence-based policy: but it is a reminder of how careful we have to be in using it.

Actually a lot of evidence is fed into our policy process in the UK – and the Coalition is good for evidence as there are colleagues sitting around the same Cabinet Committee who may not share the same tribal instincts but might respond to some good clear evidence. Moreover, the Government’s Chief Scientific Adviser and the network of chief scientists in each Whitehall Department are powerful advocates of evidence-based policy. Sir Mark Walport is the Government’s empiricist-in-chief. The Fukushima crisis showed the enormous value of this system. Some countries – such as the French – advised their nationals to leave Tokyo because of the danger from nuclear radiation. Our then chief scientist – Sir John Beddington – advised that whilst it was a very serious accident there was not a danger which warranted such action. Nobody would have trusted a politician to make that assessment but our Chief Scientist was relied upon. Now the Japanese government is looking at whether they should create a similar post – and we have enormous goodwill in Japan as well.

The public response of EU Energy Commissioner Gunther Oettinger to Fukushima is, by contrast, a case study in what goes wrong when all empirical rigour is abandoned. He said: ‘There is talk of an apocalypse and I think the word is particularly well-chosen. Practically everything is out of control. I cannot exclude the worst in the hours and days to come’. Several well-respected British scientists – including Jim Al-Khalili, Simon Singh and David Spiegelhalter – rightly complained about this intemperate statement in an open letter to me as science minister. After that incident Scotland’s Chief Scientific Adviser, Anne Glover, was appointed as the first Chief Scientific Adviser to the EU. Her term came to an end with the old Commission but it is very disappointing that apparently the Junker Commission has decided to abolish the post. This is very bad news. The Commission does not have a good reputation for acting on the best available evidence and some, if not much, of the time, NGO campaigns get in the way of the scientific evidence as they have, to take two pertinent examples, on GM crops and nanotechnology.

This is where the Precautionary Principle comes in to play. Rightly understood, it refers to the extremely careful assessment of risk; all too often, however, it is misinterpreted to mean that nothing can be done until we know all the effects of some new technology. Innovations may carry risks but they are frequently lower than those presented by existing technology. The EU’s Physical Agents Directive 2004, for example, sought to manage the risk of exposure to electromagnetic fields. But it set the limits for occupational exposure so low that some procedures using MRI scanning in hospitals would have become illegal across Europe and instead there would have been more use of X Rays which are actually more dangerous. It took years of lobbying to get something more sensible.

There are arguments for changing the exact way the post of EU Chief Scientific Adviser is constructed. Anne Glover’s post was a personal appointment advising the President of the Commission and she did suffer from not having a solid base in the Commission’s directorates. It is not too late for Mr Junker to create a new post – or even better, a network – across the Commission. That is the right way forward.

These pieces both first appeared on the PolicyWonkers blog and are reposted with permission.

Professor Jonathan Grant is Director of the Policy Institute at King’s College London. His main research interests are on R&D policy and the use of research and evidence in policy and decision making.

The Rt Hon David Willetts MP was Minster for Universities and Science from 2010 to 2014 and is now a Visiting Professor at King’s College London. 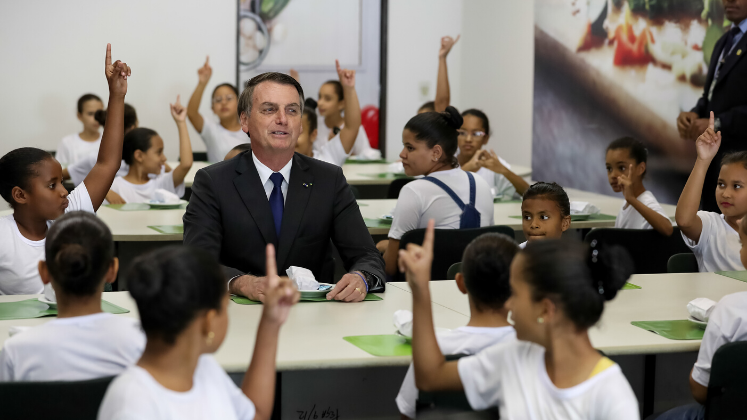