Terry Clague sheds reasonable doubt on the assertion that contributing to edited book chapters is a waste of time. The sole aim of publication isn’t necessarily to maximise citations. If citations are the only measure of academic value then there’s a danger that academic research becomes the X-Factor. Furthermore, edited collections can also aid discovery of new material where new voices and approaches can be heard.

“Shall we for ever make new books, as apothecaries make new mixtures, by pouring only out of one vessel into another?” ― Laurence Sterne, The Life and Opinions of Tristram Shandy, Gentleman

Let me say straight away that I’m aware that Mandy Rice-Davies applies here: “well he would say that, wouldn’t he”. If you want to disregard what I write because you think my salary from a publisher depends upon my not understanding that edited books have no value, that’s your prerogative. Do remember though that most people are drawn to publishing because they love writing and enjoy working with books and then consider that my employer, Routledge, publishes just about every form of academic writing it’s possible to imagine – including some you’ve probably forgotten still exist.

Let’s put the edited book in the dock then – it is charged with obsolescence. What’s the evidence? Dorothy Bishop’s thoughtful article showed that chapters in edited books are less well cited than journal articles (at least in her case). Furthermore, book chapters are less accessible, it’s argued. Unlike journal articles, book chapters are not stringently peer reviewed and exist within a vessel that’s got no ranking. In sum, contributing to an edited book is akin to burying your research.

Allow me to attempt to shed some reasonable doubt into proceedings before the contributed chapter is prepared for sentence. Should the sole aim of publication be to maximize citations? It’s not as though there aren’t highly problematic aspects of a citation race (including citation rings, clubs and other dark arts) in which quantity is easier to incentivize than quality. One might argue that a form of citation solidarity is required – publishing specialist research in a highly ranked journal is one way to attempt to progress your field but how likely is it that such publications convince colleagues in other fields of the importance of the research? Another often overlooked consideration is the variety in disciplinary tradition – let’s not forget that some disciplines (such as history) see book publications as the gold standard. 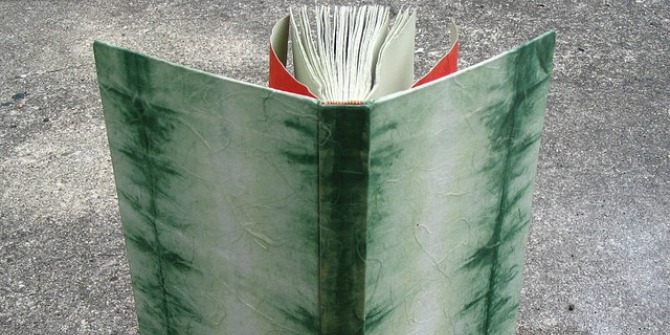 Although often made, comparisons between the music and publishing industries can be superficial. Ask Feargal Sharkey. For a start, a book is its own device – you can’t hold a CD to your ear to listen to its content. That said, if citations are the only measure of academic value then there’s a danger that academic research becomes the X-Factor – chasing the hit single, at the expense of the album. How many of your all-time favourite songs were immediately so and how many benefitted from repeat listens as you grew to love what first sounded like album filler? How easy is it to experiment if every output has to compete directly with every other output? What if an edited book is acquired for one or two chapters, but over time other chapters grow in value? Would those chapters have seen the light of day without the collectivised book format?

It’s true that downloading individual chapters is more difficult than accessing individual papers, though discoverability tools such as our own are helping on this front. The overwhelming majority of books are available electronically and if you want to read just one chapter, no-one’s stopping you. Perhaps in so-doing, you’ll discover another chapter in the book that’s worth reading – hey presto, you’ve stumbled across something you didn’t know you wanted to know – by such magic are creative leaps made and minds opened. As Mark Forsyth beautifully argues in The Unknown Unknown – “romance is about not getting what you wanted”.

Despite enduring myths to the contrary, academic books are usually peer reviewed – at a cost to the publisher. Individual chapters are less likely to be reviewed in the traditional way but will benefit from reaction and comments from the books’ editors and often from fellow contributors. Given the widely shared concerns about the nature (and validity) of journal peer reviewing, aping those practices may cause more problems than it solves. The beauty of the edited book can be characterized by this so-called weakness – chapters don’t need to fit into a narrow, constraining scope. This allows new voices and approaches to be heard, indeed you rarely hear a chapter author complaining that their work bears little relation to what they set out to write – a common complaint amongst journals contributors.

I’m sure we’re all now agreed that an edited book is a thing of beauty – greater than the sum of its parts and a fine example of academic solidarity. Pat Thomson has elsewhere argued in favour of being a book editor, whilst interdisciplinary progress seems eminently more achievable with a book than with a journal article. Perhaps the key problem with the form is how difficult it can be to measure the impact of its constituent parts. How difficult it is to unbundle. So let’s agree that unbundling is over-rated and that some of the greatest things in life are unmeasurable and let’s hear it for the edited book in general and contributing to them in particular.

Terry Clague is a Senior Publisher at Routledge where he’s worked since 2001 in a number of editorial roles across the humanities and social sciences, most recently with responsibilities for business and economics books. 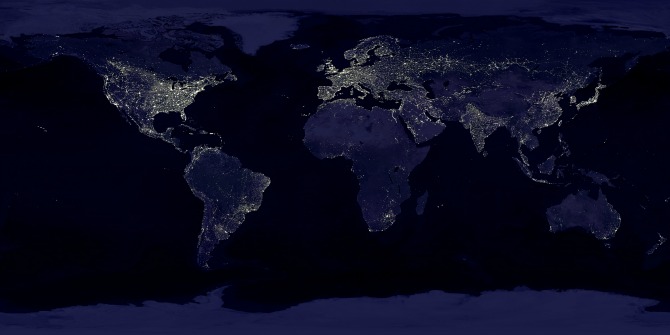