Author Katherine Johnson argues for a psychosocial approach that rethinks the relationship between psychic and social realms in the field of sexuality, without reducing it to either. Weaving through an expanse of theoretical and empirical examples drawn from sociology, psychology, queer and cultural studies, she produces an innovative, transdisciplinary perspective on sexual identities, subjectivities and politics. Alexander Blanchard argues that any student of sexuality will appreciate the vast wealth of sources which Johnson has compiled in this book.

So far as sexuality plays a significant and intrinsic part in our lives (and the gradual permeation of feminism and queer theory into everyday ‘mainstream’ discourses should testify to this continued significance) then a manifesto which charts the psychological and the social aspects of sexuality is to be recommended reading for anyone who, so to speak, wishes to ‘know thyself’. However, within the academy the study of sexuality has reached something of a ‘conceptual impasse’ and has remained at that impasse for some time now. Briefly, there has been a “polarization between psychological and socio-historical accounts” of sexuality. Sexologists and psychologists tend to locate sexuality in biological origins, such as hormones or genetics, whilst historians and sociologists have taken sexuality as something originating from, and ascribed by, society.

As the polarization between these two positions has increased, so the communication between the two has been impeded (there has, in the past, been shared ground). In Sexuality: A Psychosocial Manifesto, Katherine Johnson deftly locates and weaves together the multifarious and complex positions found within both social constructivist and psychological approaches to sexuality. With a masterful grasp of the literature, a lucid, analytical prose, and considered self-awareness, Johnson challenges this conceptual impasse, imploring us to rethink the relationship between the psychic and social study of sexuality – all to excellent effect.

Chapter one considers the polarisation of sexuality studies before, in chapter two, outlining the core psychological paradigms that have contributed to the view of sexuality as something inherent to the individual. Chapter three considers the opposing pole of the polarisation, those perspectives which take sexuality as constructed, a product of discourse rather than a natural condition. Through an analysis of queer theory, chapter four begins unravelling the psycho/social impasse by revisiting theorists such as Butler and Kosofsky in order to generate non-normative, non-pathological psychoanalytic accounts of sexuality and subjectivity. Chapter five applies the preceding theoretical insights to popular culture in order to analyse the relevance of shame in the constitution of particular sexual subjectivities whilst considering the link between experiences of shame, discourses of mental health, and epidemiological accounts of LGBT suicide. Chapter six reconsiders the debate from the poststructuralist perspective, the paradox of identity for political transformation, and the importance of recognising intersectionality. Finally, chapter seven presents a summary of the vision presented throughout the book as well as its potential application.

To be particularly commended in Johnson’s work is her short consideration of how the university system has in many ways entrenched this conceptual polarisation between the psychic and the social. Discussions of the implications of the Research Excellence Framework (REF) may not be, well, sexy, but anyone who has studied or worked within a British University over the last few years cannot but have failed to notice the stranglehold that it has begun to exert over staff and curricula. But besides the relatively well publicised department closures, course amalgamations and lecturer stress levels, the REF has had an equally salient impact on disciplinary boundaries, leading to conceptual polarisation. Government research funding is allocated to universities on the basis of how well submitted departments rank against others within the specific REF category. ‘Harder sciences’ can procure a better ranking, and better rankings procure greater funding. Psychology has in recent years tended to be grouped with Psychiatry and Neuroscience, meaning that, in effect, social, theoretical and even applied psychology have been excluded in favour of experimental, cognitive research. The result is that those psychologists who engage with socio-historical approaches are placed outside their discipline, thus increasing the polarisation. “Playing the REF game,” as Johnson puts it, is crucial for university strategy and funding. Unfortunately, one plays the REF game “at the expense of encouraging the theoretical and methodological richness that is necessary to understand complex issues such as sexuality” (p.3).

One figure who looms large in this book is the French philosopher Michel Foucault. Johnson quotes David Halperin’s approving remark on Foucault: “But I do worship him…As far as I’m concerned, the guy was a f****g saint.” Fawning though this may be, it is not entirely overstated. Foucault was untouchable, inimitable – much like the saint in popular imagination. His immense body of work looms large for undergraduates; compelling critiques are rare and decisive refutations rarer still. Foucault remains unscathed from Johnson’s discussion: she is, on the whole, appreciative of the way his work “asked new questions that required openness to both method and experience,” and the way in which he showed how sexuality is not just repressed, but produced. Johnson does bring Foucault back down to earth, however. His ideas positively did not emerge in isolation, and we should be attune to the fact that his work “may even have been precipitated by discussions elsewhere.” Johnson repeats the criticism that Foucault’s engagement with gender and sexuality is “insufficient for the political goal of transforming gender oppression,” and that he lacks an intersectional perspective. What Johnson reminds us about Foucault, however – and what is perhaps best about her engagement with him – is how his status has now obscured the complexity of his adversary – namely, derivatives of psychoanalysis.

Most students who come to Foucault through gender studies, the social sciences, or the humanities, will often have no schooling in the theories he dismisses – rarely did he set them out himself. This is to lose a key theoretical insight, for Foucault, Johnson contends, was unable to explain “why individuals might identify with certain ‘subject positions’” (p.77). Foucault’s socio-historical account is limited so far as it fails to engage with how our sexual subjectivities are formed, making him open to “critiques of socio-cultural reductionism” (p.78). In the end, for Johnson, Foucault is unable to sufficiently theorise agency, and it is this inability, on the part of such an influential and pervasive thinker, which calls for a return to the psychoanalytic concepts and explanations which Foucault’s work did so much to discredit.

Due to the vast amount of literature covered in the early chapter, Johnson’s arguments do take some time to develop, but this slower unravelling is, in the end, a huge asset. I would highly recommend Johnson’s book. Any student of sexuality will appreciate the vast wealth of sources which Johnson has compiled in this book, and her arguments make an excellent contribution to that much-theorised conceptual impasse. Johnson’s lucid style and clarity of thought do also make this book suitable for those with only an intermediate level of knowledge (it would serve, for example, as a much better introduction to the field than Butler’s abstruse language).

Alexander Blanchard has just completed an MA in Social and Political Theory at the University of Birmingham, having previously studied Political Science and Philosophy at the same institution, and PPE at the University of British Columbia. His interests lie in Power and Violence, and he hopes to develop an alternative historiography of violence at PhD level. 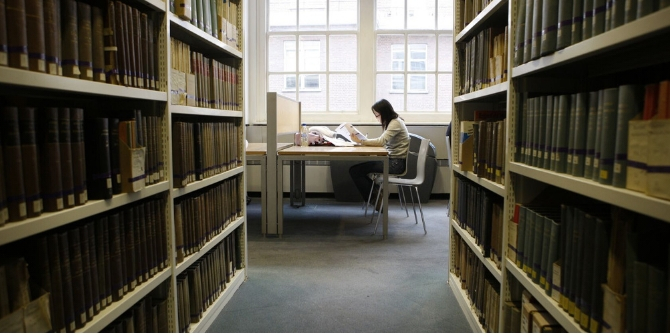