With more polling data than ever before and a wealth of election information at our fingertips, general election coverage is now centered on maps, stats and graphs. But there is still no official central resource where citizens can access comprehensive information about elections and their representatives. Carl Cullinane writes on the flowering of digital tools that have emerged to help engage and inform voters.

Data, and the presentation of data, has always been an intrinsic aspect of elections, from vintage computers the size of a room projecting results based on uniform national swing, to television psephologists brandishing swingometers. Because of their high profile, elections are often used as a showcase for technological and statistical advances. This year is no different, with a variety of statistical and digital tools changing the way we experience elections.

There can be no doubt about the increasing sophistication of the techniques used in election prediction. There are more polls than ever before, including unprecedented levels of constituency polling. Furthermore, this election sees a smorgasbord of media and academic forecasts seeking to extrapolate the final vote share from sophisticated models based on current polling and historical trends. Nate Silver remains the pre-eminent election celebrity, but the UK has no shortage of homegrown forecasters perhaps better placed to understand the quirks UK’s electoral system.

Polling and prediction is only one aspect of elections however, despite the increased forensic analysis of polling leading to the danger of the garnish eating the steak. The Democratic Dashboard seeks to promote a holistic picture of the general election in 2015. It was set up by the Democratic Audit, based in the London School of Economics, with the intention of providing accessible, independent and comprehensive information to citizens. Established as a one-stop-shop for election information, by just entering a postcode or placename, the user is brought to their constituency page and presented with a variety of maps, charts and stats about their local area. This includes information on candidates, past elections and local area demographics.

Despite recent calls from both the Speaker’s Commission on Digital Democracy and the House of Commons Political and Constitutional Reform Committee, there remains no official central resource where citizens can access comprehensive information about elections and their representatives. Data is held in piecemeal fashion across many different organisations and websites in a way that is highly inaccessible to ordinary voters. The Dashboard aims to fill that gap by providing citizens with information on who represents them at every level of government, from the councillors in their ward, to the MEPs in their region. It’s not there yet, but we will be working towards this goal after May. Barriers remain however.

While, in the main, electoral information is certainly out there, it is neither accessible nor uniformly presented. Often it is private individuals, academics or hobbyists that provide the easiest to access data. Of particular concern is local elections data. It surprised me when I first started this project, and it continues to do so, but there is no centrally held database of local elections available for either researchers or citizens. The only comprehensive source of information on local elections is the repository of Plymouth University, published each year in the Local Elections Handbook. Local authority provision of election results is uneven and inconsistently presented, making data gathering a highly onerous task. Councils present their results using anything from html pages on the council website, through PDFs of handwritten documents, to sometimes nothing at all. Previous efforts to harmonise the collection and presentation of this data have met with roadblocks, but in a digital world, where transparency is becoming increasingly key, this is something that needs to be reformed sooner rather than later.

Beyond just electoral information, the Dashboard gathers and presents a variety of background data about constituencies, from census information on health, through age and ethnicity distributions, to labour market data on unemployment. It also seeks to highlight issues such as gender balance in parliament, and the broken nature of the electoral system, through the means of data visualisation.

The UK has made huge strides in open data in the past five years, but there remains a question of how accessible it all is. The range of formats and locations means that it can frequently require a researcher’s level of dedication to get what you want.

It seems that there are two main audiences for open data. Firstly, casual users who want information on their own area or particularly relevant to them. Accessibility, interactivity and ease of use are the priorities for such a user. Secondly, researchers, journalists and other professionals who want comprehensive data in a variety of machine readable formats. Flexibility and variety, in formats, units of analysis and geographical level, tend to be their priorities. Both groups pose major challenges. While it should be acknowledged that providing for the endless variety of what researchers need from data is ultimately impractical for any public body, that doesn’t mean nothing can be done to improve the status quo.

It is too easy for open data to be a box ticking exercise, and public bodies need to think more about the type of user who will need the data, and what do they want to get out of it. A greater degree of communication across the range of organisations who present open data, from ONS to Gov.uk to the UK Data Service to NOMISWeb, is also needed, along with a greater commitment to creating common platforms and harmonised standards to increase accessibility.

This election campaign has seen a flowering of digital tools to help engage and inform voters. A variety of Voter Advice Applications, including VoteMatch and Bite the Ballot’s Verto match voters up with parties based on their policy preferences. While this introduces the unknown of how algorithms match preferences to parties, they are nonetheless frequently useful and thought provoking tools. Furthermore, Democracy Club have shown a huge commitment to gathering, crowdsourcing and presenting open data on the candidates, parties and campaigns. These tools have very much increased the volume of information and data made available to voters, and the Democratic Dashboard also hopes to contribute to the boom in digital engagement.

However, the remaining burden for voters is now to process it all, raising the question of whether the amount of data available has outstripped our ability to understand it.

This piece originally appeared on the Royal Statistical Society’s StatsLife and is reposted with permission.

You can also read our interview: Five Minutes with Carl Cullinane on the Democratic Dashboard: “There’s a big difference between open data and accessible data.” 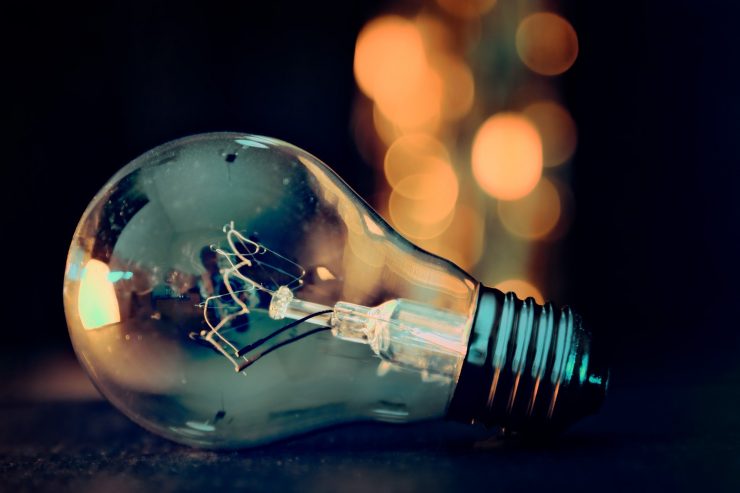