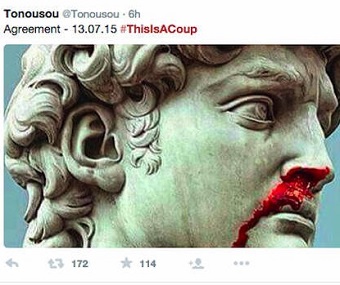 Following Tusk’s tweet, activity was at its highest – between 9AM and 10AM alone we collected 15,376 tweets from users located within the EU28. Tweet volumes by country are plotted in Figure 1 below. While the second peak clearly relates to the conclusion of the summit, the first relates to the emergence of the#thisisacoup hashtag the previous night. 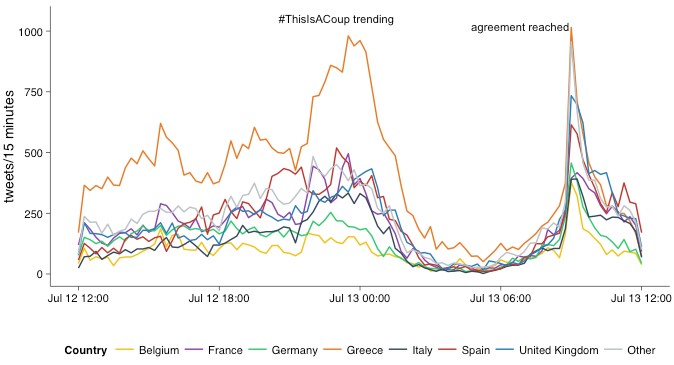 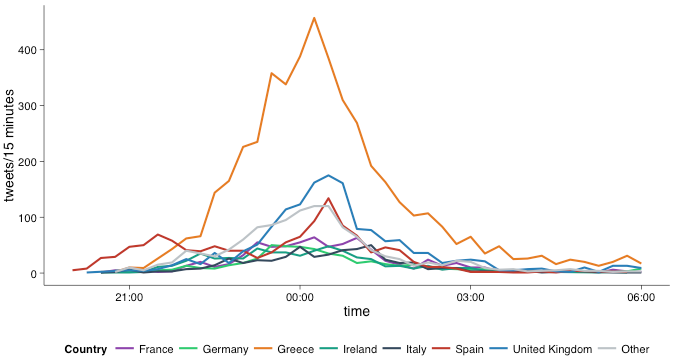 Our research to date indicates some evidence of a European twitter sphere, in which there is both a pan-European interest in EU issues, synchronisation around mini-events, and evidence of cross-border interactions. Twitter provides a rich data source that not only allows researchers to see how people interact across borders, but also provides the opportunity to look at the underlying communicative structures that transport issues and debates across Europe’s public spheres. We will dig deeper into European twitter data to better understand the extent of transnational conversations, and to examine how porous national boundaries within the European twitter sphere actually are. And as more results emerge we will publish the highlights.

This piece originally appeared on LSE EUROPP. Shortened URL for this post: bit.ly/1LLTdOM

About the Authors
Max Hänska is a Lecturer at De Montfort University, an associate at LSE IDEAS, and the lead investigator on the Euro Crisis in the Press project. 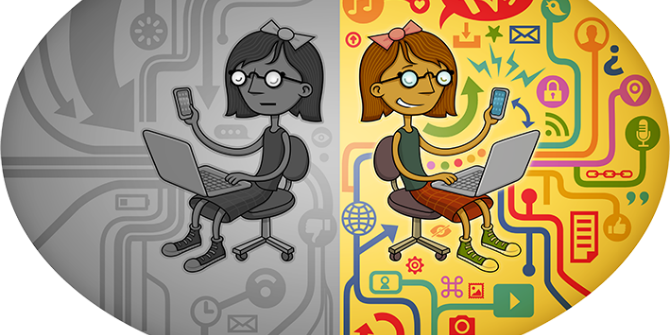