What does “interdisciplinarity” actually mean? Gabriele Bammer argues lumping interdisciplinary work together may be prohibiting an effective evaluation of how this kind of research is faring. A much more intuitive approach is needed to distinguishing between aspects of diverse research practices. Furthermore, developing effective professional organisations is also a key task for moving interdisciplinary research forward.

In a recent special issue of the journal Nature on interdisciplinarity (17 September 2015, p313-315), Rick Rylance criticised “arcane debates about whether research is inter-, multi-, trans-, cross- or post-discipli­nary”, opining “I find this faintly theological hair-splitting unhelpful.” Does he have a point? Rylance was discussing these distinctions in the context of research funding, especially relating to effective funding and evaluation of… well, what are we talking about and what are we going to call it? That’s the nub of the problem. For now, let’s stick with the term used by Rylance, namely “interdisciplinarity”.

Rylance also introduced a current project of the Global Research Council, which is comprised of the heads of science and engineering funding agencies from around the world. The Global Research Council has selected interdisciplinarity as one of its two annual themes for an in-depth report, debate and statement between now and mid-2016. The Council is responding to national and international discussion about 1) the value and quality of interdisciplinary versus disciplinary research and 2) the perception of many interdisciplinary researchers that they are poorly treated in the research system. As Rylance points out, there is a dearth of data to test these claims. A major contributor to the lack of data is poor definition of what “interdisciplinarity” means.

One problem is that interdisciplinarity has become a catch-all term, used loosely by a wide range of researchers to cover an array of very different research practices. For example, interdisciplinary research ranges from a single practitioner of fine art borrowing ideas from medicine to think in new ways about a particular creative undertaking; to a team of ecologists, hydrologists, soil scientists, economists and sociologists working together with policy makers and citizens on a problem such as the sustainability of cities under global environmental change; to multiple research projects in the new inter-discipline of quantum biology which combines insights from molecular biology and quantum physics. 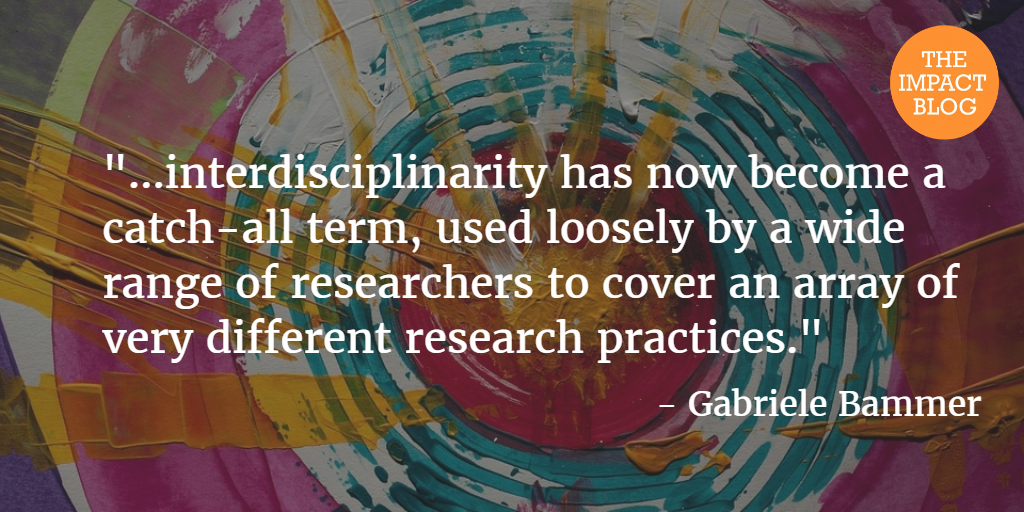 It seems self-evident that lumping these different practices together prohibits an effective evaluation of how interdisciplinary research is faring. Like Rick Rylance, I do not think that trying to differentiate practices into multi-, inter-, trans- and the like, is the way forward. As well as the fact that most researchers use the terms sloppily, the precise definitions are contested. At this stage at least, much more intuitive ways are needed to distinguish different kinds of interdisciplinarity.

Rylance suggested a starting point in his article, writing “But there are areas in which discrimination is impor­tant. One is the difference between ‘near-neighbour’ or ‘distant’ disciplines.” This relates to one of the classification criteria I suggested in a report to the Australian Council of Learned Academies:

To be effective, criteria need to be easy for the researchers to understand and use when describing their research. They should categorise all the major bodies of interdisciplinary research. They must also be significant. An easy test of significance is asking whether a peer-reviewer experienced in one category can effectively assess research in another. For example, can someone who has only ever undertaken interdisciplinary research which does not engage end-users effectively assess research that plans to work with policy makers or business?

How can valid and useful categories be developed? Examples from existing disciplines can provide lessons. Chemistry, for example, is divided into analytical, inorganic, organic, physical, theoretical and computational, macromolecular and materials, medicinal and biomolecular, and ‘other’ in the Australian Field of Research codes. These criteria reflect convergence of bottom-up and top-down activities. Research practices provide the essential foundations. Professional associations and other influential organisations work from the top to develop agreed ways of organizing the practices. And the classification is solidified through research funding arrangements. 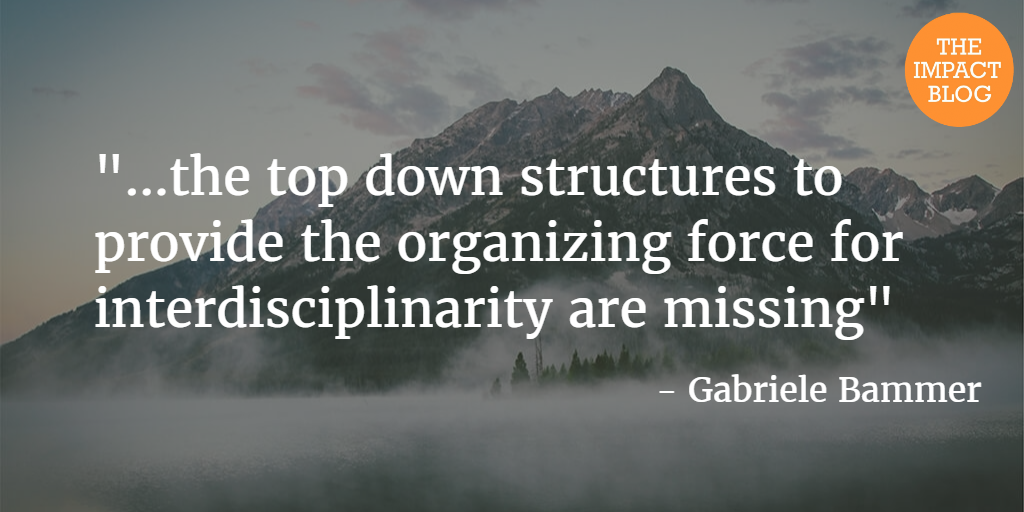 This piece originally appeared on the Integration and Implementation Insights blog as “Distinguishing between multi-, inter- and trans-disciplinarity – ‘theological’ hair-splitting or essential categorisation” and is reposted with the author’s permission.

MOOCs must move beyond open enrolment and demonstrate a true commitment to reuse and long-term redistribution.