Some British academics have argued that the social sciences would suffer if the UK left the Union, on the grounds that the EU brings funding and enhances collaboration. But the EU’s contribution to this area is not that simple, argues David Walker. Nor is it correct to claim, as the Leave lobby has, that money currently handed to Europe could instead be spent on UK research.

This piece originally appeared on the LSE BrexitVote Blog.

Let’s indulge in a spot of academic incest. Here at the LSE, there’s a group conducting focused studies of the European Parliament. The website lists a dozen recent working papers, on party cohesion, the parliament’s relationship with the European Central Bank, voting patterns and so on. Interesting stuff. Some 17 authors are identified. Of them four are at UK universities, three from elsewhere in the European Union and 10 from American institutions.

Of course American political scientists should be interested in that remarkable (and remarkably peripatetic) institution. But if – in that instance – bibliometry says nationality doesn’t necessarily play a big role in academic understanding of the EU, it might also hint that specialists in voting, parties and parliament would continue to plough their furrows in or out, research support permitting.

Discussion around Brexit can be oddly mercantilist. We hear it asserted that ‘UK science’ would suffer on withdrawal, because UK scientists do disproportionately well in research competitions organised by the EU. This implies there’s such a thing as ‘national science’ and maybe even national scientists. Both pose problems. So much academic knowledge is produced across boundaries, international as well as disciplinary and institutional. And the pursuit of knowledge would not stop if the UK left the EU, though funding amounts and arrangements would change. 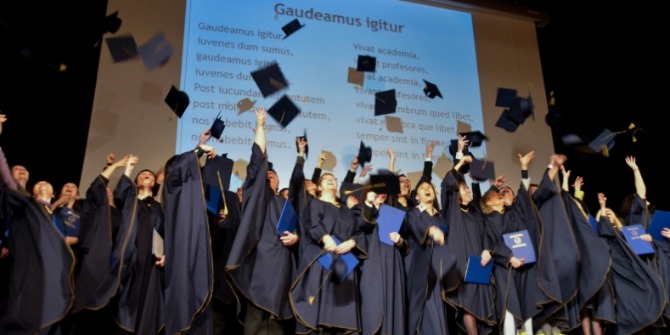 For social scientists, assessing membership isn’t easy. Our principal disciplines — economics, psychology, sociology, probably geography, and certainly business studies — are intellectually inclined towards the United States of America. Citation indices favour American journals. Exchanges and conferences feature the anglophone connection in Britain, Australia, New Zealand and Canada. Of course, there is much rich involvement with the social sciences in the Netherlands, Norway, Sweden, Denmark and Germany, but connections tend to be bilateral. What’s really difficult is calibrating the EU element.

The quality of UK social science both depends on and its exemplified by the data available for studying households, ageing, employment, attitudes and so on. Some are impressively ‘European’. Take theEuropean Social Survey, which has the status of a European Infrastructure Research Consortium. Rory Fitzgerald and colleagues at City University connect survey work done across the EU, but also in Norway, Israel and Switzerland. The specifically ‘EU’ component isn’t immediately identifiable.

Some data sets are unequivocally national and though data is shared with researchers in other countries, work on them is necessarily heavily influenced by the UK national context. Other data sets – for example the English Longitudinal Study on Ageing world – rely on financial support from the US and run in parallel with (and not necessarily in tandem with) similar projects in other EU countries, some of them with EU support.

The point is not that the EU is unimportant as a source of research funding. It’s certainly not to say (as some proponents of Brexit do, without a shred of evidence) that some of the UK contribution to the EU could magically be added to UK domestic research funding. It is, however, to say that distinguishing the ‘EU’ element in UK social science does not lead to a straightforward contribution to the in/out debate.

I recently gave evidence on behalf of the Academy of Social Sciences to the House of Lords Science and Technology committee. One of my predecessors as witness was Professor Paul Boyle, former chief executive of the ESRC and president of Science Europe, who noted that of today’s academic population in UK universities, about 12 per cent from outside the EU and 15 per cent from other UK countries. Together that forms a rich mix, which many say helps explain the high rankings secured by UK institutions and researchers in international scales.

“The UK is a brilliant research environment,” Boyle said. “I recruited an awful lot of Chinese research assistants, who worked in my field, and we also, when necessary, recruited people from the EU.” But as Boyle added, the report is anecdotal. There’s no formula for intellectual addition. Say, after a Brexit, researchers from other EU countries found it more difficult to come to the UK (though not necessarily any more difficult than Norwegian or Swiss staff find it now), by what degree would the UK university formula be weakened?

Lord Peter Hennessy, a member of the Science and Technology panel, says it is proving very difficult to calibrate the EU element in explaining UK research performance. One reason is the absence of hard data on flows of funds. Some years ago the UK research councils, at another parliamentary session, promised to keep stricter records of EU research performance. Unfortunately that didn’t happen and the EU itself is notoriously opaque, making it well-nigh impossible to aggregate the flow of funds across the directorates, the European Research Council, grants from the structural and cohesion funds and Horizon 2020 the specified budgets for scientific and industrial research.

But even if those figures were available, broken down in terms of national and institutional destinations, what might they signify? UK universities and researchers are commonly said to punch above their weight. Some of the evidence for that comes from their performance within the EU. Because we get more than ‘our fair share’ from EU research programmes, Brexit would reduce the amount of support for science.

It’s not only a selfish argument, it’s not altogether convincing. Everything depends on what a ‘fair share’ looks like. In social science, the baseline should surely be the quality of UK work, attested independently of performance in securing EU money. One proxy might be the attributes of UK social science departments, collated in the World University Rankings perhaps. Of the top 100 social science universities, according to the rankings, 31 are in the European Union, and 12 are in the United Kingdom. That would produce a proportion of around 40 per cent. Should the UK get that proportion of available EU social science research funding? A reasonable approximation of what it does now get is 16 per cent.

David Walker is head of policy for the Academy of Social Sciences and chairs Understanding Society, the ESRC’s household panel study. 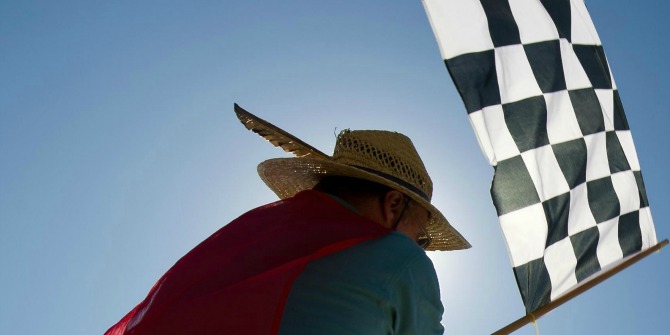