With language studies in decline, we need a relevant and integrated approach to foreign languages in the classroom.

With language studies in decline, we need a relevant and integrated approach to foreign languages in the classroom.

There has been a rapid decline in the number of university language departments since the early 2000s. Michael Tavares provides wider context on the state of language teaching and learning in Britain and looks in particular at how universities might boost the relevance of language studies in other degree programmes. By incorporating language exercises and materials for specific purposes, the teaching of foreign languages can be filtered through the study of a host of subject areas.

Last December, the Mandarin team at the LSE Language Centre hosted the Chinese for Academic Purposes Conference (CAP).  The aim of the day was to explore ways in which the teaching of Chinese can complement teaching and research across a range of subjects, including the social sciences.

As Nick Byrne, Director of the Language Centre, concludes, the teaching of ‘Language for Specific Purposes (LSP)’ has several advantages: (1) It is more about attitude than fixed outcome (2) It can bring subject specialists together with language specialists (3) It can increase personal involvement and employability (4) It can increase student autonomy and student use of technology (5) LSP focuses not just on vocabulary but on practical, achievable outcomes. These were advantages which Professor Michel Hockx, Director at the SOAS China Institute, also discussed at the CAP conference. One of the many learning outcomes of the BA in Chinese at SOAS is the ‘ability to reflect critically on issues pertaining to Chinese culture, drawing on both Chinese-language and English-language sources’.

These aims are at the forefront of the LSE Language Centre’s Mandarin courses.  Both degree and certificate courses are designed with the aim of enabling students to gain an acute awareness of China’s political, social and economic system. Efforts are also made to teach regional variations.

However, the push to incorporate language learning into specific subject areas should not stop at the institutional level. There were calls from many at the CAP conference, including Shio-yun Kan (Programme Director of the Centre for Teaching Chinese as a Foreign Language, University of Oxford), to build national online archives. These archives would contain subject-related historical documents, language skill-based exercise materials, and Chinese grammar archives. If more British schoolchildren and university level students are to start learning a second language, this proposed move need not be limited to the study of Chinese. 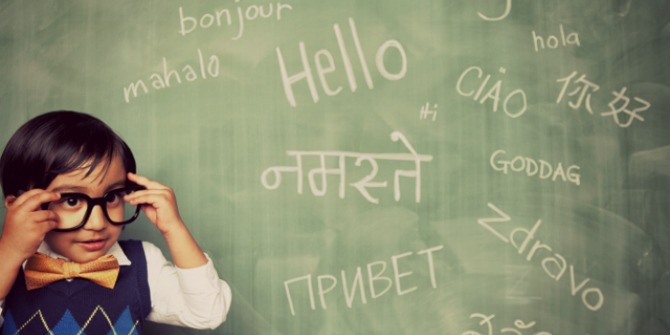 A March 2015 report by the CfBT Education Trust and the British Council finds some positive developments, including the fact that almost half of primary schools are introducing pupils in Key Stage 1 to a language. This might not be a statutory requirement, but 99% of primary schools now offer languages. There has also been a “modest increase” – from a low base – in the number of schools offering Mandarin Chinese, a language the report says is “recognised as crucial to the UK’s long-term competitiveness”. However, there is a need to address a wider problem in British schools: the sharp decline in those studying a modern foreign language. This is a problem which nobody has the will or time to talk about. In Middlesbrough only a quarter of pupils take a language GCSE, while three-quarters do so in the London Borough of Barnet. The 2015 report highlights low uptakes of language GCSEs and A-levels as particular concerns.

There is also concern about the low numbers of students taking language degree courses.  As a front page article in the Observer recently noted, the 4,700 students who have been accepted in 2013 to start language degrees is dwarfed by almost ten times that number taking business studies.

Teenagers and university students need to be informed from an early stage that learning a second language has career benefits. Ten factors that can help identify which languages can bring most benefits, whether to people, society at large, or the economy. Source: British Council (2013). Languages for the Future Which languages the UK needs most and why

One solution to this problem requires schools to look to universities and specifically, LSE’s, pioneering approach. Students can be incentivised to learn a language because it fits in with their career interests or the subject they will be studying at degree level. Learning technology can also be incorporated here. Rather than teach Geography, History or PSHE as isolated disciplines, the teaching of foreign languages can be incorporated into the study of the humanities and a host of other subject areas. These areas include Art and Design and Business Studies. Students may not be incentivised enough to learn a language because they merely appreciate a given ‘culture’. I am calling for a balanced and relevant approach which requires teachers and educators to ensure that students start learning second languages at an early age. This approach has been called for elsewhere. However, few policy practitioners and teachers have a pursued a ‘for specific purposes’ approach.

English remains the lingua franca. There is no doubt about this. It is not only hard, but impossible to imagine a world where Mandarin or Spanish inherits this role. However, it is equally hard to imagine a Britain where the state of language teaching in schools remains the same. Globalisation requires compromise at all levels of government policy. The opening up of Britain to the world need not be strictly economic or political. It can start in British schools; in the way children and teenagers are taught to view and speak about the world.

Michael Tavares is the Graduate Intern at the Language Centre. In July 2015, he graduated with a BSc in Government & History from the LSE. He is interested in the process of nation formation and how it impacts political communication and policy outcomes. 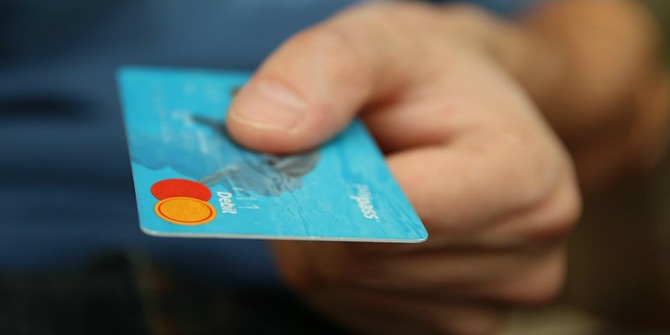