Providing evidence to policymakers through select committees is a great way for researchers to influence current policy debates. But if you haven’t done it before, the formality of the task may appear daunting. In the second part of a series on giving evidence in Parliament, Patrick Hanley has compiled thoughts and experiences from several LSE academics and reveals their tips on how to make yourself known to select committees, secure an invite and prepare for the day itself.

In the inaugural post of this series, we outlined serendipity: receiving a call from a parliamentary clerk who is eager for you to engage with their respective select committee.

Indeed, many academics such as Dr Christian Hilber, Professor of Economic Geography at LSE, find that the opportunity finds them as it did before he gave oral evidence before the House of Commons Treasury Committee. “I was approached by a Treasury Committee Specialist on behalf of the Chairman… I am not entirely sure how this came about. I previously gave evidence to the National Audit Office and presented both at the Treasury and the NAO, so people in the Treasury know me. A paper of mine published in the Economic Journal this year has had quite some impact and was featured in a long FT article (plus other major outlets) and this could have raised attention. Or, it could be that I was recommended by senior colleagues at the LSE… or a combination of all those things.”

But for many, the process isn’t always this straightforward. For those that don’t have the opportunity fall into their lap, there is much that academics can do to create the moment.

Image credit: Westminster by Herry Lawford. This work is licensed under a CC BY 2.0 license.

Put yourself on the committee’s radar

Those looking to engage with Parliament can take a few simple steps to raise their profile prior to the committee. A good place to place to start is simply to check the select committee web page, sign up for notices on upcoming inquiries and alerts via email and get to know its current work and what the committee might be looking for in terms of evidence this Parliament. Committees have also begun to use Twitter to announce inquiries and calls for evidence so they are worth a follow. Once you’ve identified an area relevant to your research through this proactive monitoring, the next step is to offer formal written evidence.

Dr Courtney Freer, Research Officer with the Kuwait Programme at LSE’s Middle East Centre, found the opportunity to give oral evidence after she was asked to submit written evidence. In her case, the written evidence was her ticket to appear before the Foreign Affairs Committee during its inquiry on political Islam.

Whatever the route to appearing before the committee, it seems academics agree on how best to prepare for the oral evidence session. Christian Hilber and Courtney Freer have these tips to get the most out of your appearance:

Courtney Freer offers this advice: “I prepared primarily by reviewing the government’s output on the issue, as well as my own written evidence. Further, [the committee clerk] gave me details about what types of questions I could anticipate and which other academics would be on the panel with me, which helped me to prepare more carefully. I wrote out brief answers to these questions in preparation for the session.”

Christian Hilber agrees: “I asked the Treasury Committee Specialist whether he could give an indication of the topics that would be discussed. If my recollection is correct he got in touch about a week ahead of the session with a list of possible topics/questions. I did research those topics that were not my core expertise…I would definitely ask for the likely topics/questions (again) ahead of time. This really helped me and gave me some confidence that it will be alright.

“I would better prepare what to say if an MP asks a complex question that has no obvious/easy answer; what to respond if an MP says: ‘you are the expert, you should know.’”

The image of giving evidence before the committee might be panic-inducing for some but Courtney Freer found her experience to be less formal than expected: “the session was actually much smaller than I had anticipated – with about 6 MPs in total and few observers, which eased my nerves a bit. The questions asked were slightly different from those I had prepared for, but in fact were a bit more basic than what I had anticipated. Once we began speaking, it began to feel much more like a conversation than an interrogation, so was actually quite interesting and enjoyable.”

Christian Hilber had a similar experience: “it was overall quite friendly but rather intense and I wished at points I had more time to prepare a well-thought-through answer rather than give a spontaneous response on the spot. On one occasion in particular I wished I could have given a wittier response.

“It was evident that some committee members had their agenda and they were very well trained to ask questions strategically to get responses that favour their causes, so one has to be careful. I sometimes wished I had the chance to follow up on certain points but that was difficult.”

As for the impact of giving oral evidence before a committee, Courtney Freer says: “I do think that my evidence helped to change the nature of the debate. While it began as a conversation about ‘Islamists’ on a whole, it became more nuanced, as the other experts and I repeatedly made clear the existence of distinctions among different Islamist groups and even Muslim Brotherhood branches. I also had the chance to make some of my key criticisms of the government’s Brotherhood report, which came to be circulated more widely through various media outlets. I’m hopeful that, due to this publicity, my advice and analysis will be carefully considered.”

Christian Hilber offers: “giving evidence to a committee is a rare chance to have some direct policy impact. It’s a great opportunity really. I’d advise to be frank and try to bring across one’s key points if one possibly can (e.g. what is wrong with a particular policy/what should be done differently). There is no point in holding back, otherwise one will later regret.”

We’ll be back in subsequent posts offering more top tips, lessons learned and real-life experiences from academics who have appeared before Parliament. We’ll also cover what training opportunities are available and what higher education support staff can do to help academics to achieve policy impact.

Patrick Hanley is the Public Affairs Officer at the London School of Economics where he focuses on parliamentary engagement and research impact. He has a background in public policy in the United Kingdom and the United States.

We expect to get information in two clicks, why can’t we get data as quickly? 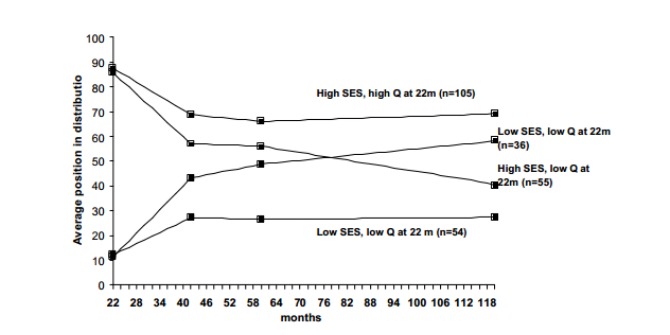