Neatly summarising the insights first outlined in his earlier posts examining the merits of contemporary academic conferences, Donald Nicolson imagines a conversation between Plato and Aristotle as the two great thinkers make plans for their forthcoming symposium.

As Plato and Aristotle wandered through the School of Athens, wondering what they could do to improve their upcoming symposium, they hit upon an idea. They had recently heard of a Scottish writer, Donald Nicolson, who had examined conferences in the social sciences and found them to be wanting.

“Sometimes they are more trouble than they’re worth,” noted Plato.

“Yes,” said Aristotle, “and this can impact on knowledge sharing.”

The two grand thinkers were perplexed. They felt that, based on what Nicolson had suggested, they might be wasting their own and others’ time if the symposium merely generated noise.

“What should we do?” asked Plato. He wanted to test his pupil.

“I have an idea,” said Aristotle. “Let’s follow the recommendations based on Nicolson’s evidence to try to make our symposium as accessible and impactful as possible.”

“Good call,” Plato returned. He was impressed with the maturity of Aristotle.

“Should we begin by thinking about human resources, master?” said Aristotle.

“Definitely,” Plato replied. “Nicolson has found how conferences are not always accessible to academics because of when and where they are held. He noted that conferences held at the weekend or at the beginning or end of the week can present problems for academics with families.”

“Okay, so we will keep it to being a weekday event, Tuesday to Thursday,” Aristotle suggested.

“Yes, because the attendees might spend a day travelling to and then from the conference, it will be more helpful to run ours from Tuesday to Thursday so that Monday and Friday can be for transit, and attendees do not lose their weekend. We don’t want delegates from afar having to travel at the weekend, and so interfering with their family life,” Plato motioned.

“Oh, that’s a good idea. But what about our choice of venue at the School of Athens?” asked the young protégée.

“This might be problematic,” said Plato. “Mr Confucius will have a long flight from China. But I doubt if Dr Popper will even make it. He’s currently working in New Zealand, and as Nicolson has noted, people in the southern hemisphere have to endure lengthy travel to attend and present in the northern hemisphere.”

“So, what should we do, master?” enquired Aristotle, sheepishly.

“Well we could run the event annually but alternating between northern and southern hemispheres, especially if we want the likes of Dr Popper to attend from New Zealand,” Plato proposed, before adding: “this is not merely a point of courtesy. Who does and does not attend a conference will impact on what can be said and discussed.” 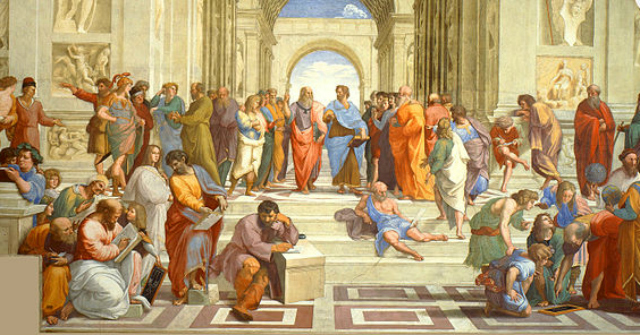 “What if we use social media? Would that get around our problems?” Aristotle threw in.

Plato replied: “it might. But this might mean a poorer conference experience for those participating online. Attending in person should always be an option.” He continued: “because of the effects of travel, those attending should have time to spare before the conference starts, if need be, to acclimatise to the Athens environment and climate and/or to recover from travel. We will have a duty of care for the attendees, providing a hospitable environment for them when they are here. And it is important to also consider the conference bar.”

“Why is that?” Aristotle wondered if he was displaying student tendencies.

“Because, as Nicolson has found, this is where ‘the real work’ of a conference is done; a convivial and relaxed bar is a place to make collaborations, catch up with colleagues, and devise new ideas,” Plato explained.

The thought of a fine wine excited Aristotle and he quickly suggested his own idea. “How about we bring together people from different academic backgrounds?”

Plato encouraged him to continue: “why do you suggest that, young sir?”

“Well,” said Aristotle, “Nicolson has found that conferences often maintain professional barriers and do not always facilitate useful interdisciplinary discussion. This was reflected by a person who told him how she felt there had been a lack of communication between people attending workshops; so, I thought it might then be useful for different disciplines to unite for our symposium. Perhaps we could bring together scientific and humanities audiences?”

Plato paused. He was beginning to see his young disciple blossoming as a thinker. “Not bad, young sir. I can see it might be a logistical and academic challenge to run, and a costly endeavour too, but it could also take people out of their comfort zones and encourage dialogue between diverse groups. Yes, let’s give it a try. What have we got to lose?”

Aristotle’s enthusiasm became unbridled and his focus moved to the purpose of the symposium in Athens. He was an ambitious young scholar, intent on changing the world, and so it was no surprise that he repeated a suggestion Nicolson had relayed. “For our symposium to be a ‘change maker’, we need to have politicians on board who will raise issues to the political agenda and attract media attention, enabling the possibility of change.”

Plato was becoming more and more impressed with his star pupil, but wanted to stress caution. “But, young sir, because conferences often generate noise, we need a novel paper that will pierce the noise and give people a memorable take-home message. So, we want our symposium to share new knowledge between participants.”

“But master, are there not barriers to that?” Aristotle asked.

“Indeed, there are. However, we need to be clear what the purpose of our symposium is. It will not necessarily be a wasted endeavour if it fails to make a difference to the world stage. If it has a personal impact on just one person, then it might still be considered a success,” Plato replied.

“So, we need to consider personal outcomes?” asked Aristotle.

“Exactly. And if that doesn’t work out, they always have the Acropolis which they can see.”

“Conference attendees are blessed with the chance to travel, master,” Aristotle suggested.

“Indeed, they are, Aristotle”, offered Plato. “And they should take the opportunity to embrace historical culture when they can, especially if it relates to the academy.”

Aristotle paused in his tracks. “But are these suggestions by Nicolson reliable? Is his research not limited?”

Plato turned to his apprentice. “But of course. His research sampled mainly people from the social sciences. But it was an exploratory piece of work and he has sought to encourage a discussion, not provide a full stop. The worth lies in fellow academics recognising the problems as mentioned.”

“There are more questions than answers, master” said Aristotle.

Plato responded, “Indeed, Aristotle. But he offers a useful beginning, and his suggestions which we have spoken about are helpful for devising the symposium.”

Aristotle made a list of action points on his tablet: 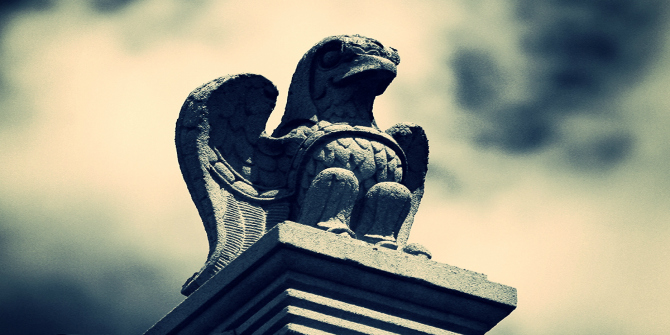