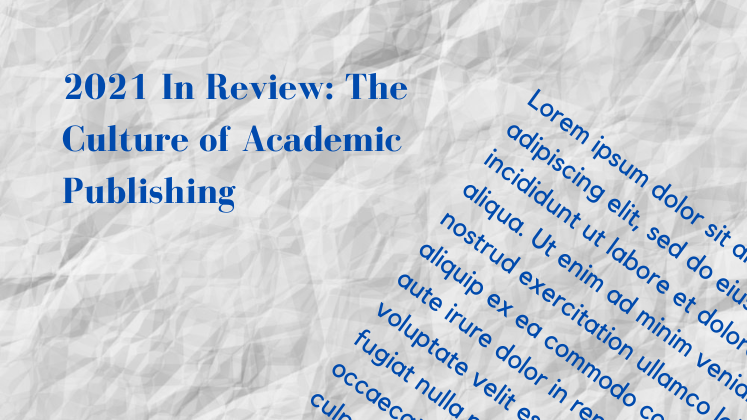 2021 In Review: The Culture of Academic Publishing