Academics are increasingly exhorted to ensure their research has policy “impact”. But is this ambition predicated on an overly simplistic understanding of the policy process? Christina Boswell and Katherine Smith set out four different approaches to theorising the relationship between knowledge and policy and consider what each of these suggests about approaches to incentivising and measuring research impact.

Political scientists are increasingly exhorted to ensure their research has policy “impact”, most notably via Research Excellence Framework (REF) impact case studies, and “pathways to impact” statements in UK Research Council funding applications. Yet the assumptions underpinning these frameworks often fail to reflect available evidence and theories. Notions of “impact”, “engagement”, and “knowledge exchange” are typically premised on simplistic, linear models of the policy process, according to which policymakers are keen to “utilise” expertise to produce more “effective” policies. Such accounts overlook the rich body of literature in political science, policy studies, and sociology of knowledge, which offer more complex and nuanced accounts.

In a paper recently published as part of the Palgrave Communications series on the future of research assessment, we set out four different approaches to theorising the relationship between knowledge and policy (summarised in the diagram below). We consider what each of these four approaches suggests about approaches to incentivising and measuring research impact.

The first approach focuses on how research can be used “instrumentally” to adjust policy. On this account, policymakers draw on research and “evidence” to produce more effective policies. As many have pointed out, this model – which underpins REF and HEFCE approaches to impact – relies on a rather simplistic model of the policy process, according to which policymakers seek out the best evidence to adjust policy in a way that will improve policy outputs. But more sophisticated accounts of policymaking have long questioned this linear, rationalist account.

A more nuanced version of the instrumentalist account can be found in Carole Weiss’s notion of the conceptual, or “enlightenment” function of knowledge. Weiss’s argument is that research can influence policy, but more typically in the form of ideational adjustments, brought about through incremental processes, typically influenced by a diffuse body of research rather than individual findings.

What implications would this account have for efforts to incentivise, measure, and reward research impact? Weiss’s notion of research as “enlightenment” challenges the notion that researchers or institutions should be rewarded for claims about the impact of individual studies. Instead, impact frameworks should be oriented towards encouraging collaboration and shared research agendas. And they should assume that research generally has a longer-term, incremental impact, often through shaping the framing of policy problems.

The second set of theories focuses on how politics and policy shape knowledge production and use. These accounts imply the need to be far more sceptical of the impact agenda: indeed, it is naïve to assume that researchers can speak truth to power. The upshot is that researchers should not be rewarded for their supposed impact, since policy actors employ research for political reasons, rather than to improve the quality or effectiveness of policies.

Thus from this perspective, the fundamental idea of promoting research “impact” ought to be resisted, since the take-up of research is contingent on political agendas, rather than the societal utility of the research. This perspective also draws attention to the risk that moves to incentivise impact may lead to the politicisation of research, as researchers may reorient their research in a way that fits existing political agendas.

Co-production accounts imply the need for a far more sophisticated, ethnographic methodology for examining how research and governance are mutually constitutive. They also argue that social science should not necessarily be understood as the “solution” to social problems. Through its various scientific and technical innovations, science does not simply solve governance problems, but it also creates new ones – implying that the effects of research on policy are not always benign or helpful. These accounts provide a radically different way of thinking about research impact, and suggest that approaches to incentivising and rewarding impact ought to do more to consider the desirability of such impact, ideally on a case-by-case basis.

The fourth approach, by contrast, posits that science and politics are autonomous systems, each guided by a distinct logic. Science is preoccupied with questions of truth and verifiability, while politics is preoccupied with power, and the production of collectively binding decisions. Each system relies on the other in important ways; for example, science depends on resources from the political system. But there is no overarching causality between the two systems: science cannot “cause” changes in politics. Instead, politics needs to observe and give meaning to science from its own, political, perspective.

Viewed from this perspective, the impact agenda should be treated cautiously by researchers. As with the second group of theories, systems theorists would argue that politics only selectively deploys scientific findings, insofar as they are meaningful to the political system. Perhaps more seriously, the impact agenda risks diverting science from its core task of developing truth claims.

Both the second and fourth accounts suggest that the very idea of trying to incentivise the use of research in policy is flawed. According to these accounts, we should be cautious about adopting systems that reward researchers for influencing policy. Such impacts are spurious, in that their apparent influence is down to pre-given interests or independent political dynamics; or they are the result of researchers aligning research questions and approaches to pre-fit political agendas. By rewarding researchers for achieving impact we are adopting an arbitrary incentive system that is at best decoupled from research quality, and at worst, threatens the integrity and independence of social science.

For those more sympathetic to the idea of “research impact”, the first and third approaches might offer more hope. Nonetheless, both approaches caution against rewarding individual researchers for “achieving” research impact based on narrow indicators (e.g. citations in policy documents).

The enlightenment model suggests that research impact involves subtle, incremental, and diffuse ideational adjustments over a long period of time, which are generated by a wide range of research insights rather than specific individual findings. Thus impact frameworks should reward collaborative endeavours that build incrementally on a wider body of work, and that may bring about subtle conceptual shifts, rather than clearly identifiable policy changes. Here, then, the focus might be on rewarding collaboration and knowledge exchange activities, rather than rewarding evidence of “demonstrable impacts”.

Co-production approaches, by contrast, would imply the need for much more in-depth, qualitative research on the complex relationships between knowledge and governance. But such approaches have also pointed to the performative effects of research: the ways in which (social) science can reshape the social world it seeks to describe. This implies that models to promote engagement with knowledge users need to be attentive not just to the complex pathways to research impact, but also to the very real ethical implications of research influence. Not only can the impact agenda affect the practices of social science, as is widely recognised in social science literature; social science can also instigate new policy problems. Proponents of policy impact should have a care what they wish for.

Christina Boswell is Professor of Politics at the University of Edinburgh, where she currently serves as Dean of Research for the College of Arts, Humanities and Social Sciences. Her new book, Manufacturing Political Trust: Targets and Performance Indicators in Public Policy, was recently published by Cambridge University Press.

Katherine Smith is a Reader in the School of Social and Political Science at the University of Edinburgh, where she currently serves as Director of Research, Director of the Global Public Health Unit and Co-Director of SKAPE (the Centre for Science, Knowledge and Policy at Edinburgh). She is also currently Co-Editor-in-Chief of Evidence & Policy and co-edits a Palgrave Studies in Science, Knowledge and Policy book series. 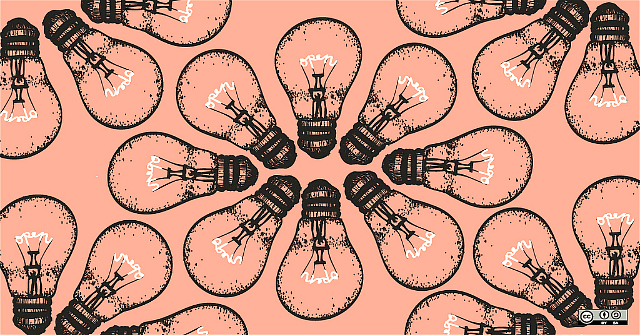 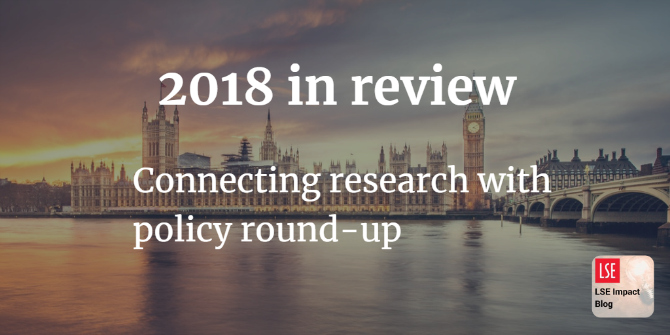