Failure is an inevitable part of any academic career. This may feel especially true for those researchers working to have an impact on politics and policy, with research work always vulnerable to rejection or disregard. Matthew Flinders explains how such precarity brings into sharp focus the messy business of impact for the social sciences: the great problem of sowing seeds in a political context is you can never be absolutely sure they will germinate. This situation carries the risk of decisions regarding the investment of institutional resources being taken with an eye not on the intellectual vibrancy of a project or the need to cultivate a culture of engaged scholarship but on a short-term calculation as to whether the outlay is likely to deliver a high-quality impact case study.

Failure is an unavoidable element of any academic career. For all but a small number of superstar über-scholars most of the research papers we submit will be rejected, our most innovative book proposals will be politely rebuffed, and our applications for grants, prizes, and fellowships will fall foul of good fortune. There is, of course, a strong correlation between ambition and failure in the sense that the more innovative and risky you try to be, the bolder the claims you try to substantiate, and the “bigger” the journal you try to publish in, the higher your chances of rejection.

After two decades of learning to play the journal publishing game – and it is a game – I have seen how the in-built conservatism of peer review processes are almost guaranteed to suffocate any fresh thinking; intellectual ambition almost killed at birth and many of our best scholars are now based beyond academe. I remember once sitting on an interview panel for a professorial position and one candidate proudly announced that he had published over 200 journal articles and “had never had an article rejected!” [Note: Exclamation mark in the original. I remember it distinctly – exploding like a non-verbal crescendo at the end of the sentence, reverberating with a cave-like quality in the small interview room and then hanging in the air like a bad smell.] This immodest boast was clearly designed to curry favour in a REF-driven context, but to me it represented little more than an admission of intellectual timidity. “Maybe you should try a little harder?”, I mischievously suggested.

I recently found myself in a similarly perplexing professional predicament while lunching with a ridiculously “senior” professor of political science. My painful sense of academic inadequacy may have led me to rather overemphasise that I had been appointed as the Special Adviser of a Select Committee in the House of Lords. My pudding may well have been slightly over-egged but this could not explain the rather deflating response: “why the hell would you want to waste your time with that?!”, the professor retorted. “It’s like signing up to failure…the Government’s never going to accept what the committee says.” With this totally unexpected “why would you bother?” reaction ringing in my ears, I quickly shifted the focus of the conversation to far more weightier matters and the long-term implications of the professor’s recent journal article on the political economy of fountain pen production in Ulan Bator (apparently a booming Mongolia industry).

This conversation came back to haunt me when the Government did, with all but a few very minor concessions, reject the committee’s report. To use the language of “rejection” rather underplays the Government’s response. The Government did not want to play ball, it was not interested, it said “go away and stop bothering us” – the steamroller was not in the mood to be heckled.

I had failed. I had wasted my time – lots of time (and the time of lots of people).

Nine months of frenzied research, over 250 submissions of evidence, 58 witnesses, two committee visits plus lots of other activity, and the meticulous crafting of a final report had really failed to have much of an impact at all. The professor was correct…it really had been a waste of time.

Firstly, politics is a messy business. It works through the grating and grinding of a complex institutional machine and very often produces what an economist would call “sub-optimal” decisions. Politics works through the planting of seeds and the injection of ideas and evidence into contested ideological terrain. There are multiple and overlapping games being played out at any one moment and it would be rare for any government to accept the recommendations of a select committee en masse. It is far more likely that impact will occur by stealth with the government quietly adopting the odd idea or two without fanfare, the report possibly helping to shape or inform policy well below the waterline of headline government business. That’s how politics works – through the creation of cracks and wedges, through the intellectual slow boring of hard woods, and through the planting of seeds that may bear fruit in the future. But that’s not failure – it’s just how politics works.

This (secondly) explains why impact is a messy business for the social sciences. I can prove that my research was relevant, I can prove that I played a role in relation to knowledge exchange, but I cannot claim that any of this extensive activity had a direct impact in terms of changing policy or public behaviour (or the quality of Mongolian fountain pens). This is the challenge or risk that any social scientist takes when investing lots of time and energy in impact activities: the great problem of sowing seeds in a political context is that you can never be absolutely sure they will germinate. And even if your seeds to begin to take root and grow, the messiness of politics will inevitably ensure that it’s hard to prove an unequivocal link between your research and what happens. But fuzzy impact is not failure, it just reflects the way in which the social sciences feed their insights into an increasingly complex social milieu. Which brings me to my third and final point.

I fear there is an instrumentalisation of the impact agenda occurring. Decisions regarding the investment of institutional resources and the appointment of staff are increasingly taken with a keen eye, not on the intellectual vibrancy of the project, the disruptive scholarly potential of the appointee, or the need to cultivate a culture of engaged scholarship, but on a crude, mechanical short-term calculation as to whether the outlay is likely to result in the requisite number of high-quality impact case studies. The risk is that impact becomes “the tail that wags the dog” rather than a more creative endeavour through which the social sciences (re)connect with a broader society that desperately demands support and insight. Michael Burawoy’s wonderful phrase about “talking to multiple publics in multiple ways” springs to mind, but to understand academic impact through either binary conceptions of “success” or “failure” – let alone through the lens of external audit mechanisms – risks falling into a trap of our own creation.

This blog post originally appeared under a different title on the OUPblog  and is republished here with permission.

Matthew Flinders is President of the Political Studies Association of the UK and was the ESRC’s Overall Impact Champion for 2018. He penned this little piece while sitting in Hong Kong airport on the way to the International Political Science Association’s World Congress in Brisbane. He did not stop off en route to visit the fountain pen factories of Ulan Bator. He is the author of Defending Politics: Why Democracy Matters in the 21st Century. 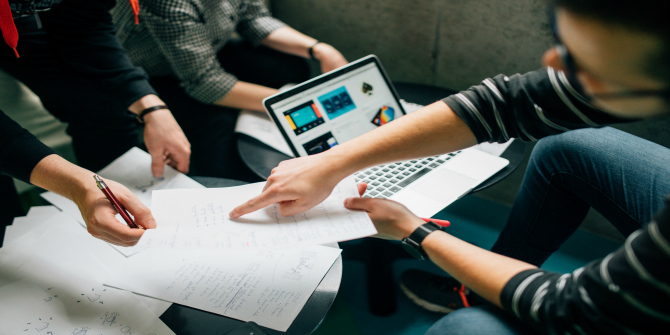 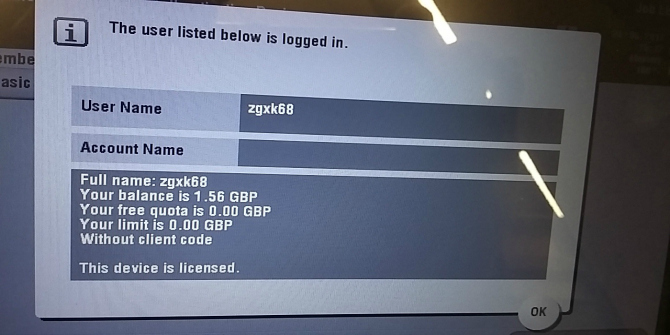