The internet has had a double impact on scholarly communication in the global south, making it easier for these countries to access research and also making research published in these countries more accessible. In this post Dr Haseeb Irfanullah discusses how Bangladesh has adapted to this new scholarly communication system and highlights the need for strong research infrastructures and quality standards if countries such as Bangladesh are to break out from ‘scholarly isolation’.

Over the last couple of decades, Bangladesh has seen three remarkable transformations in scholarly communication:

First, thanks to a number of global initiatives, such as INASP’s Programme for the Enhancement of Research Information (PERI) and Research4Life , focusing on developing countries, Bangladeshi researchers have been getting access to global scientific publications by major publishers at affordable prices.

Secondly, the revolution in communication technology that has allowed greater access to research (the internet) has also significantly boosted the global reach of Bangladeshi research itself. Emblematic of this second transformation, is the launch by INASP of Bangladesh Journals Online (BanglaJOL). The platform hosts 142 journals, covers almost all Bangladeshi science journals and presents a tremendous opportunity for Bangladeshi researchers to showcase their research to a global audience.

The third major change has been growing investment in developing the capacity of Bangladeshi researchers and journal editors to engage with international academic publishing standards and practices. This investment has largely been made in training sessions, workshops, and discussions on research and journal publishing. A notable example being the Gobeshona Young Researcher Workshop – organized by ICCCAD – that trained and mentored Bangladeshi climate researchers on how to publish their research  in indexed, peer-reviewed journals.

However, despite the success of these initiatives, they have often proven un-coordinated and unsustainable. For instance, the ambitious Roadmap for developing scholarly communication in Bangladesh developed in 2016, was ultimately unsuccessful due to an absence of leadership and ownership from the institutions concerned. Advances in communication technology have therefore connected Bangladeshi research to the world, but the research infrastructures required to exploit these advances are still developing.

The current state of journal publishing in Bangladesh

One way of understanding the extent of these transformations in scholarly communication in Bangladesh is through the Journal Publishing Practices and Standards (JPPS) database. The site evaluates journals hosted on the Journals Online (JOL) platforms against a series of criteria and assigns them to one of six categories: New title, Inactive, No stars, One star, Two stars, and Three stars. Of the journals listed on BanglaJOL, alarmingly, 47% journals were ranked as Inactive and had not uploaded any new content in over a year. Of the 142 journals hosted, only 7 received two stars, which is significantly lower than the global proportion.

To complement this data, I conducted a further survey of 29 BanglaJOL journals. The survey found that although a number of journals performed well in key publishing standards, only about 60% of the responding journals had been published in print on time and only 40% were confident that they also published online on time. These findings reflect the JPPS assessment that indicates Bangladeshi journals are inactive and have a limited online presence. Similarly, around 60% of the journals were indexed by at least one international indexing agency (excluding BanglaJOL), meaning that the other 40% of journals surveyed would be extremely hard for researchers outside of Bangladesh to discover.

A culture of isolation

Despite being connected to the global scholarly ecosystem, journal publishing in Bangladesh has developed ways to thrive in relative isolation. I suspect the reasons for this isolation are largely cultural and depend on the way scholars and society at large perceive; researchers, research and its communication.

First, journal publishing in Bangladesh is self-sustaining both financially and in terms of content. The cost of publication is low and manuscripts produced by Bangladeshi researchers are sufficient to publish the on average two issues per year required by most journals. Journals therefore do not need and are not dependent on attracting international authors.  Secondly, the current system works for researchers, who can rely on publications in local journals to gain promotion and recognition, although there have been attempts at raising the standards required for recruitment and promotion at public universities. Taken as a whole, these trends have reduced the incentives to develop and improve existing journals, both at the level of the journal and the wider scholarly community.

In terms of wider social perceptions of research, the benefits of home-grown research are rarely highlighted by the media or by politicians. The exception being the decoding of the jute genome, which took the media by storm, mostly as it related to the heritage, identity, and economy of the country. The public and political perception of research is that it is a low priority, which makes it difficult to build support for systems that promote high quality research.

Breaking out of scholarly isolation

If Bangladesh is going to transition from being a functioning, but isolated research system, to one that is truly global, it will take a concerted effort at the national level.

On the one hand existing initiatives that bring together the research community in Bangladesh (researchers, editors, policymakers) should be continued. In 2018, INASP organised an event on developing an equitable research system for Bangladesh, as well as several African countries. Events such as these are vital for building dialogue and trust between different actors in the research system and for outlining a shared vision to improve scholarly communication. They also serve to fill knowledge gaps, keeping stakeholders aware of current best practices and trends, e.g., Plan S and the use of Artificial Intelligence in scholarly communication. Dialogue is also critical to highlighting the negative impacts of ‘scholarly isolation’, such as when Bangladeshi research on climate change in Bangladesh remained largely unrecognised in comparison to the research carried out by foreign researchers in the IPCC’s Fifth Assessment Report.

However, dialogue alone is not enough and needs to accompanied by specific policies, institutions and support systems. This can only be achieved by creating a more robust national research system to oversee research quality and standards. Building political backing for research communication is a challenge in the Global South, although the Bangladesh government’s commitment to achieving the UN’s Sustainable Development Goals could be one way raising scholarly communication up the political agenda, by linking research communication with monitoring and assessing progress towards these goals. Support for this policy could also be translated into a set of standards, or a ‘National Journal Publishing Rule’ across the relevant ministries, which could in turn be reproduced in revised recruitment and promotion rules in universities and public research organisations and supported by institutions aimed at monitoring and helping journal editors and researchers raise quality standards.

While in recent years, we have seen repeated discussions on how the North-South divide in research and scholarly publishing ecosystem can be reduced, Bangladesh tells us a story of a nation’s journal publishing thriving in isolation, thus becoming a case of “Global reading, local publishing”. Through country-led actions, Bangladesh could demonstrate how to come out of this isolation and become a truly global research nation.

This article is based upon the presentation by Dr. Haseeb Md. Irfanullah at the Researcher to Reader Conference 2019 on 25 & 26 February 2019 and has been adopted from an earlier post on the Scholarly Kitchen.

Dr. Irfanullah is a biologist-turned-development-practitioner with a keen interest in research and its communication. He is a member of the editorial board, and has twice been an executive editor, of Bangladesh Journal of Plant Taxonomy. Haseeb is available at hmirfanullah@yahoo.co.uk and he tweets as @hmirfanullah 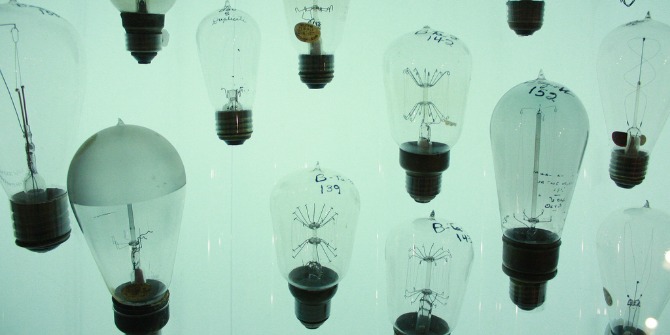 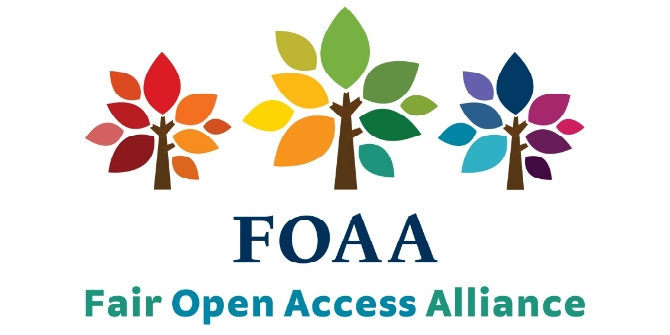