Presenting evidence from the Harbingers Study, a three-year longitudinal study of Early Career Researchers (ECRs), David Nicholas assesses the extent to which the new wave of researchers are driving changes in scholarly practices. Finding that innovative practices are often constrained by institutional structures and precarious employment, he suggests that the pace of change in these areas is always going to be slower than might be expected.

Over the past three years, as part of the Harbingers study, we have undertaken a series of deep, long and continuous conversations about scholarly communication with over a hundred international science and social science early career researchers (ECRs). This study has provided a unique insight into the attitudes and scholarly behaviours of an emerging generation of researchers.

Not surprisingly, in an environment under almost continual bombardment by emerging technologies, every one of our 100 plus ECRs and all of the 23 scholarly communication aspects studied exhibited changes in attitudes and practices over the three-year period of study. In terms of scholarly practices, the greatest changes occurred in three areas; collaboration, research impact and social media. Whereas, collaboration and social media, might seem obvious areas in which ECRs introduce new practices research impact is surprising, partly because it is related to longstanding institutional practices around tenure and promotion.

Over the course of the study, attitudes towards collaboration have become significantly more positive and the volume of collaboration has increased. For instance, all of the Chinese researchers involved in the study now collaborate with other research teams, and more than half collaborate with foreign experts. Across the different national groups investigated, the main reasons given for this trend were:

Increases in collaboration should also be linked to ECRs growing maturity and confidence and their rise in status over the three years studied.

A recurring question in our study, was how ECRs perceived research impact: How important it is that their research has an impact on peers, policymakers, industry and the general public; how best they could influence target audiences; and if they had the time to increase the impact of their research, what would they do?

The majority of ECRs understood impact as gaining a high impact factor, or influencing other researchers in the field. Citations remain the key measure/proxy of impact. Because of the highly competitive world they inhabit, ECRs are increasingly target-oriented in this respect. While most ECRs are sympathetic to addressing wider audiences, they are not making big strides in this direction. As a result of:

a) assessment procedures not rewarding the effort they would have to put into the task, eg. maintaining blogs;

b) not being able to see how they can influence public/policymakers without the extra work of translating their research into language comprehensible to a wider audience. Hence, decreased enthusiasm for ‘additional’ scholarly activities like blogging.

However, unlike in previous years, their understanding of outreach is less binary– not just an either/or, but more a trickle down, as illustrated in the following quote:

‘Most important to influence the scientific community and what your peers think and then I will go from there to the wider community’.

Social media and scholarly networks are now firmly embedded in the scholarly enterprise. While some ECRs are ambivalent about elements of social media, such as Facebook, criticism of these networks has reduced over the period of study. The digital visibility proffered by the likes of ResearchGate is mentioned as a major plus point – especially amongst Spanish researchers. As too, is the fact that it exposes them to different voices, viewpoints, and ways of presenting their research. A broader variety of platforms are being used than in the past, notably Twitter. There is also growing institutional encouragement to use social media. ECRs spend significantly more time on these platforms than they did 3 years ago. For example, in China, WeChat, has achieved a dominant position in the daily communications of ECR researchers.

Intriguingly, despite rising use of social media and scholarly networks, altmetrics, have not had as much traction. As one ECR explains: “Impact is all about citations and/or utility for society, altmetrics on the other hand just tell us about curiosity.” The same is true for open science and its constituent parts (open data, open access, open peer review). What holds back practice in this area are assessment concerns and lack of reputational rewards, but in the case of open peer review there is also an unwillingness to attract unwelcome attention. ECRs like digital visibility, but they are justifiably wary of digital notoriety.

The benefits of a study like the Harbingers Study, which looks at all the component parts of scholarly communication is that you can see how inter-connected to each other they are (and the dangers of looking at them in isolation). Thus, take the three fastest growing scholarly aspects: a) collaboration directly increases that all so-important research impact; b) social media in turn enables greater and faster collaboration and also enhances research impact by increasing visibility and outreach.

Ultimately a constraint in the Harbingers study has been the difficulty in drawing out demographic comparisons from a relatively small sample of the ECR population. However, there is certainly enough evidence to suggest that age, country and job status are worth investigating further, as we shall be doing in a forthcoming international survey. Tentative findings that stand out were that; a) the younger the ECR, the more receptive they were to using digital forms of scholarly sharing, social media and open access and the less likely they were to use the library; b) Chinese and French researchers lead in innovation c) once an ECR obtains tenure they feel freer to use social media and to experiment.

ECRs live in a precarious scholarly environment, which is tough enough, but they also have to contend with a complex and tangled scholarly communications one. Most ECRs started out with beliefs about scholarly communications that are at variance with the system, as it was, and which did not fully square with their commitment to openness, sharing and transparency. These attitudes have hardened, but changes in practice are slower to follow because of the persistent requirements to climb the career ladder. This keeps the lid on change, yet at the same time many look for transformation in the future when they are in a senior position. Very few are actually giving up their principles, even though on open access, for instance, the demands of the assessment system may mean they are temporarily going backwards. No doubt initiatives like Plan S and its increased focus on changing the culture of research assessment are being introduced to ensure this does not happen.

For more information and to participate in CIBER Research’s upcoming international survey, the survey is available here. 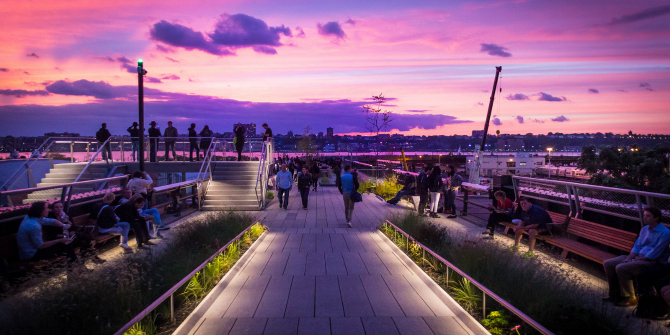