Accessibility in scholarly communications is often framed as an economic and technical question of enabling more people to have access and engage with research literature. However, the dominance of the English language especially in the most prestigious academic journals, poses a different barrier to researchers who do not have high quality English writing skills. In this post Sneha Kulkarni discusses how the rise of English as the ‘lingua franca’ of science poses challenges for effective research communication and suggests how the research community might act collectively to address these issues.

“How difficult it must be to reach a “eureka” moment but feel that the words are inadequate to describe it; what a challenge it is to articulate ideas in a language not your own.” – Boer Deng in an article for Slate.

If you are a researcher, you are most likely familiar with the pressure to publish in international journals. But when it comes to non-native English speakers, the added challenge of writing papers in a language they lack proficiency in, only increases this pressure. To some, this problem may appear to be a minor one. However, if good research fails to find its way to publication – the barrier being the language – ultimately it is a loss for science.

Today, English is the lingua franca of global science. Its dominance in international scholarship is apparent from the fact that most researchers would not consider publishing their best work in any other language but English. As Nicholas Subtirelu observed, publishing in an “international” journal by default now refers to an English-language journal.

However, this situation is a relatively recent development. Up to the mid-twentieth century, German and French arguably had a similar status across a range of disciplines to English. The most influential works of Albert Einstein for instance, were published in German. Whilst the dominance of English has been noted before, the issue has a new salience now, as an increasingly large share of global research comes from non-English speaking countries. Notably, in 2018, China surpassed the USA to become the largest producer of scientific articles. As research has become increasingly globalized, the challenge of how to deal with English as a barrier to engagement with the scientific community has remained.

This barrier is very real for authors who lack the vocabulary to present in English the findings they have worked for years to arrive at. In a large-scale survey report that Editage released in 2018, about 76% of over 7000 researchers (mainly from South Korea, China, Japan, and Brazil) reported experiencing moderate to extreme difficulty in writing in English. As one participant remarked:

“It is too hard for a young researcher […] to write a English paper for submission to international journals. It is enough hard in English to pass a peer review… I am not good at writing English, it is too difficult to write, it takes time, and I cannot judge my English paper is good or not.”

Certainly, it is not enough to have breakthrough findings unless they are reported comprehensibly. But when a paper’s fate hinges on how sound it is grammatically and linguistically, rather than its merit, one can imagine the additional burden it places on authors who are not proficient in English. This is only exacerbated by the fact that a number of high profile journals indicate in their instructions for authors that a poorly written research paper can be rejected.

Another major ramification of the pressure to publish research in English is the impact it is having on research cultures outside of science. As Mary Jane Curry and Theresa Lillis argue, the pressure to publish in prestigious English language journals is now increasingly being felt in the social sciences and humanities. With the result that the best highly contextual research in these fields is, not only becoming more difficult to access for regional researchers, but is also being isolated from the local communities and institutions that might benefit from their findings.

There is also evidence for significant linguistic bias when journals receive a manuscript written in poor English, in which papers lacking a native English writing style create an impression that the research they discuss is also sub-standard. This may account in part for the comparatively low acceptance rate that has been reported for papers that come from non-Anglophone countries. It also suggests that again high-quality research findings never see the light of day because they are obscured by poor language.

So what can be done to empower non-native English-speaking authors?

“For authors who are non-English-native and resident in non-English speaking world, too much cost is taken in time and money, in spite of the importance of publishing papers in English. […] For this, many researchers are giving up submitting papers to English journals, even if they are doing excellent studies,” asserted one of the researchers who participated in the Editage survey.

If examples such as these are to be avoided, responsibility falls on the stakeholders across the academic publishing industry to address this issue collectively. To start with, the challenges of authors who struggle to write in English should be acknowledged. Policymakers should assist authors to become better writers by offering aid for academic writing courses. Universities and colleges should also include scientific or academic writing as part of their curriculum. As Scott L. Montgomery, author of the book Does Science Need a Global Language? English and the Future of Research, suggests, scientific training for non-native English researchers should be “handled as a normal and necessary skill, like mathematics.”

Translation can also play a role in bridging the language gap by making a greater share of the best global research available to a wider audience. While English has become the lingua franca of science, important research continues to be published in other languages. Many journals, however, refrain from publishing translated versions of papers due to the time and cost involved. Identifying the benefits of making research available to a wider audience, journals should take advantage of the availability of new technologies that can help streamline the publication process and reduce the cost of publishing translated papers.

Journal editors and reviewers should also shoulder responsibility for eliminating bias directed toward authors with imperfect English writing skills. Keeping an open mind when evaluating papers with poor English and assessing a manuscript beyond the parameters of language could go a long way in this regard. Understandably, journals are swamped with submissions, and it would be unfair to expect editors and peer reviewers to spend time processing incomprehensible manuscripts. It is certainly heartening, therefore, that many publishers now encourage authors to get their manuscripts edited for language before submission.

Researchers lie at the core of this community that is dedicated to creating and disseminating knowledge for the benefit of society. To enable them to pursue their work and excel in it, the research culture needs to be more inclusive. Taking into account the problems that non-native English authors face when writing in English, peers and journal editors should extend a helping hand to ensure that these authors are empowered. The boundaries created by language can only truly be transcended with the recognition and collective action of the scientific community.

Sneha Kulkarni is Managing Editor, Editage Insights, Editage, Cactus Communications. Her passion to bridge the communication gap in the research community led her to her current role of developing and designing content for researchers and authors. She writes original discussion and comment articles that provide researchers and publishers a platform to voice their opinion. Her interest in understanding the malpractices rampant in academia and ways to counter them led her to publish a paper in Learned Publishing titled “What causes peer review scams and how can they be prevented?” (DOI 10.1002/leap.1031). The complete list of her published content can be found here. 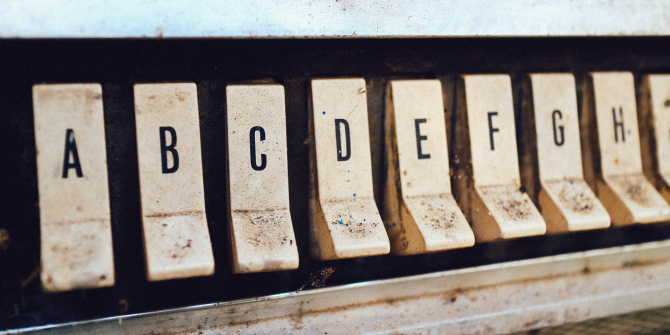 GitHub for Academics: the open-source way to host, create and curate knowledge