The way in which students in higher education engage with their courses of study is implicitly shaped by the way in which they are assessed. For most students this means the tried and tested methods of written exams. However, as digital communication becomes a more prevalent part of scholarly communication, should we see traditional assessment as the only and inevitable way in which students are assessed and engage with their learning? Drawing on their research at the University of Edinburgh Hazel Christie and Nina Morris argue that using blogging as a form assessment has a particular potential to help students engage more; regularly, personally and creatively with their studies

A perennial issue in higher education is how to encourage students to engage with the material they are learning about. Biggs and Tang tell us that assessment is the key driver of engagement, with its structure and content shaping everything that a student does to achieve the learning outcomes of a course. But are the tried and tested methods of written examinations, essays, laboratory reports, group projects and so on really the most engaging forms of assessment for students? Or are digital technologies, and the movement towards more reflective forms of writing, opening up the whole dynamic of the assessment process and the ways in which students engage with it to radical change?

We think they are.  Our research at the University of Edinburgh recently looked at courses where the students were being assessed using blog posts, and we’ve written here and here about how this fosters their engagement.

As part of this research, we talked to students in four different Schools across the three Colleges in the University about their experiences of blogging.  Blogging was a radical departure from the norm for all of the students we interviewed; they had all been trained in the conventions of written essays and exams to the point where they felt they knew exactly what was expected of them.  Being asked to blog was a huge difference and, certainly at the start of the process, was one that left them feeling slightly bewildered and worried that they weren’t doing it properly. That said, they quickly adjusted and very soon they were championing blogging as a really appealing way of being assessed.  Further, they spoke at length about the different ways in which it made them feel more fully engaged with their courses. 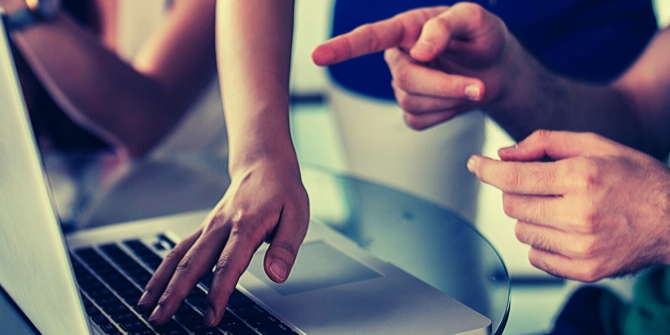 This engagement came about in three different but connected ways.  First, through the structure of the blog. What was clear across the data was that making a number of blog posts encouraged the students to engage more often, and more deeply, with a range of learning activities.  One student from the Law School put this well:

Secondly, students felt more engaged because blogging allowed them to be creative and to personalise their assessments.  For the first time in their university careers they felt like they were allowed to experiment with both the content and the style of writing they were doing.  Many described blogging as ‘freeing’, ‘creative’ and they even used the ‘f’ word. Yes, blogging was ‘fun’.  They often contrasted the blog format to the rigidity and standardisation of conventional essays and described the freedom of writing in an engaging fashion.  One student in the School of Geosciences put this well:

Doing […] the pictures and the font and colour and stuff, […] I really enjoyed that […] having your own personality and individuality attached to an assessment. Whereas essays are standardised font and layout and everything, […] university assessments feel like they just want everyone to be the same. […] something  like  this,  it  allows  you  a  different  way  of  expressing thoughts  and  your  perspective.

Thirdly, they found that a new way of writing helped them to make connections between the world they lived in and the assessment process.  Choosing their own topics freed the students up to think about theory in new and illuminating ways, often giving them the freedom to express their own personalities.  Students from the School of Law and School of GeoSciences commented respectively:

what was good about the blogs is everyone could work with what really tickled their fancy  […].  So different things excited different people and you got more into it depending on what reading you did.

With the freedom to design the blog to their own specification, and the considerable choice in the content, students felt they had the opportunity to find their own voice.  Indeed, some commented that it had been the first time they had been ‘asked to give an opinion on a lecture’ and that the process of identifying their voice in the style of the blog had been a key moment in their undergraduate career.  In what was a light bulb moment, they described themselves as communicators, rather than simply receivers, of knowledge for the first time.

So what does all of this tell us about blogging and student engagement?   Well, the findings make an impassioned case for a rethink of the tried and tested assessment methods.  Students actively want to find ways to be more creative and individual in their writing and it was clear that blogging facilitated this.  The continuous nature of the process was instrumental in providing them with the opportunity to engage more often, more deeply and with a greater range of the course materials.   Further, they were able to personalise their blogs, such that the process promoted opportunities for the more individualised learning experiences that are sorely needed at a time when large numbers can make students feel like they are little more than an examination number.

Nina Morris is a Senior Lecturer in Human Geography at the University of Edinburgh and a Senior Fellow of the Higher Education Academy. She has used assessed blogs on her Honours option course ‘Space, Place and Sensory Perception’ for the last five years and, alongside Hazel Christie, is currently developing a set of associated Grade Related Criteria. Her thematic research interests include human – non-human nature relationships, landscape and sensory perception, camping, and darkness.  She tweets at @_NinaJM

Hazel Christie is Lecturer in University Learning and Teaching in the institute for Academic Development at the University of Edinburgh.  She uses assessed blogs on the PG Certificate in Academic Practice.  Her research interests include student identities, student transitions, student engagement and teachers as agents of change.   She tweets at @christiehazel 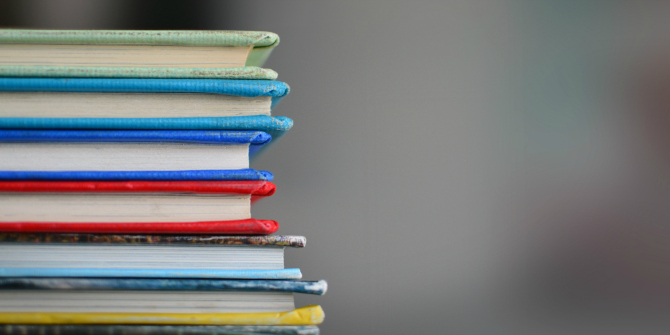