It has recently been suggested that to support the development of open access (OA) in Europe, access to open research might be ‘geoblocked’, or limited, to those countries that were involved in funding the research and its publication. In this post, Martin Paul Eve, argues that to do this is not only technically and practically very difficult, but would also fundamentally undermine the moral imperative of open access to enable widest possible level of engagement with research.

For many years, the heterogeneous open-access movement has often argued for the moral superiority of open access to research work. Open access would be a model, it was proclaimed, that didn’t restrict access based on the ability of readers to pay unaffordable subscription prices. Further, it would be an unconditional gift economy, enabled through open licensing, in which the fruits of education were available to everyone to reuse. Certainly, economic and pragmatic arguments for OA have played a role, too, but ethics, global justice, and the special status of education have been core.

Every so often, though, someone proposes geographical curbs on the openness of OA. In 2015, in a HEPI occasional paper, it was advanced, for instance, that a national license for the UK could be a good solution for “open access”. This proposal, which was thoroughly critiqued, put forward the idea that national-level geoblocks could be a way to provide OA for those within a specific geographical location – in this case, the United Kingdom. In this way, it was argued, the citizens of that country would have access to the research for which they had paid (the “taxpayer argument” for OA) while those who did not reciprocate would be cut out. Mike Taylor even went so far as to refer to this arrangement as “the UKIP License” for its populist and separatist tendencies, later borne out in the 2016 referendum.

Yet, despite this, geoblocked OA is an idea that just won’t die. The most recent of these, reported in the Times Higher Education, is a proposal from the European Commission’s open-access envoy, Jean-Claude Burgelman, to restrict “open-access” material to those nations who have strong OA policies. There is a kind of logic to this: the idea is to incentivize uptake of strong OA mandates, such as those under Plan S. Don’t want to play the OA game? Fine, then you don’t get access, goes the argument.

While I am speculating, this appears to be a direct response to India’s refusal to engage with Plan S. And to be clear: I believe that India’s approach is short sighted. The reasons given for the Indian withdrawal are that future “directions will be entirely determined by the interests of Indian academia and of India”. This may appear rational, but it raises the collective action problem that Burgelman seeks to rectify by keeping a stranglehold on European Research. “Yes,” it appears to say, “you can give us all your material freely to read, but we will only act in our own interests and will not reciprocate”.

An eye for an eye, a famous Indian once apocryphally noted, though, makes the world blind. Aside from the technical unworkability of the proposal – VPNs provide easy circumvention of geolocation blocking – and the fact that restricting access to those from outside the EU could have truly damaging consequences, particularly in fields such as public health, a retaliatory and vengeful approach undermines the gift-like nature of OA articulated by Peter Suber. “Universities and funding agencies”, writes Suber, “pay researchers to make their research into gifts to the public in the widest sense”. It is this aspect that should be celebrated about our research publication culture.

But we also exist at a moment of political rupture and damage. Isolationist stances are emerging across the political spectrum. Britain prepares to leave the European Union; populist governments are focusing on insular nationalism; refugees are demonised and even allowed to drown, merely for being born into the wrong imagined community.

Education and research must exist beyond this insularity and serve humanity. University researchers outside the EU who may not otherwise have access to research articles should not be excluded based on the actions of their government. To do so only impedes the worldwide benefits of research and degrades the principle enshrined in the UN Declaration on Human Rights that ‘everyone has the right to education’.

More than this, though, such a coercive restriction and insular redefinition of open access compromises the moral argument. It re-enforces a global inequality against which OA is designed to work. It turns our gifts into an exchange; another tit-for-tat, rather than an act of generosity that we believe others will follow in time. As Stephen Curry put it in his previous critique of the HEPI paper, “The country rightly sees itself as a member of a community of nations. Consistent with that view, should its commitment to OA not be envisaged as part of a worthwhile global project – a rising tide that aims to float all boats?” As another response to that proposal noted: such a license “is neither practical nor would it be a principled response”.

And it is this matter of principle for OA that must remain centred in our goal of achieving a better world, with better access to education and research.

Martin Paul Eve is Professor of Literature, Technology and Publishing at Birkbeck, University of London and Visiting Professor of Digital Humanities at Sheffield Hallam University. Martin is the author of five books, most recently Close Reading with Computers at Stanford University Press. In 2017, Martin was named as one of the Guardian’s five finalists for higher education’s most inspiring leader award and in 2018 he was awarded the KU Leuven Medal of Honour in the Humanities and Social Sciences. In 2019 Martin was the recipient of the Philip Leverhulme Prize in Literary Studies. Martin is also a founder and CEO of the Open Library of Humanities and has conducted extensive policy work around open-access publishing. 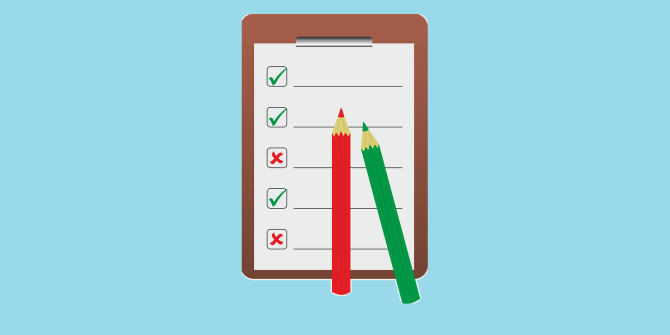 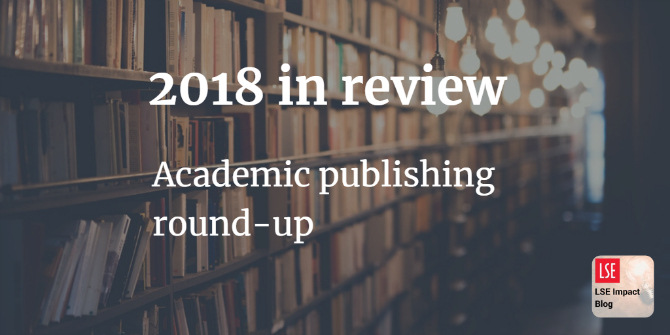