COVID-19 data and numbers are everywhere. However, these numbers are also a source of debate and subject to vastly different interpretations. Every day we are posed with a question that divides even epidemiologists: what does it really mean that positive cases or mortalities are up or down? Yet the media and the public reads deep meanings into these numbers, as officials are praised or chastised based on them. Far from being self-evident and informative, Ville Aula, argues these statistics leave the public with mere spectacle, and highlights the misplaced trust that we all place in numbers.

Read the front page of any major newspaper and I guarantee that the latest number of patients who have tested positive for COVID-19 and the number of mortalities will feature heavily. Open your social media accounts and you will quickly encounter graphs that show the mounting numbers of cases in different countries, complemented by modelling projections. These numbers and graphs feed the popular imagination of how well countries are “flattening the curve”, a concept that has brought epidemiological modelling inspired language to everyone’s lips.

Numbers, graphs, and data are thus playing an essential part in how we experience the pandemic. The endless flows of numbers from different countries are meticulously compared with those from others. These comparisons then form the basis to how individual countries are portrayed and ranked in the global pandemic drama.

But, there is also doubt in the air. We distrust the existing numbers and call for ever-more accurate information. For example, there has been a lively debate on how widespread the pandemic has been in China, an issue that connects directly to how tests are administered and cases reported. Equally, numbers from Europe do not provide indisputable or uniform information on the pandemic either, because their collection is subject to vastly different policies, practices, and contexts that make comparisons difficult. We also lack the scientific consensus that would allow us to link the number of mortalities to the prevalence of the virus, yet mortalities are still often taken as the most solid form of information on the pandemic.  These doubts have fuelled demands to do systematic population level testing of the virus prevalence, which is just a different way of saying that we need more numbers.

how can we judge the adequacy of the policies, if both the goals and the measures are arbitrary?

Numbers are thus both the problem and the solution, and we want more of them. However, what makes numbers useful for developing better treatments and policies, does not necessarily lead to the same outcomes when applied to public debate. In the broader sphere of public debate, such tendencies reveal a longing for the veracity of data during times of uncertainty. Even when such calls are founded on demands for transparency in the name of democracy or healthy skepticism of existing data, they are entangled in a faulty logic of data itself eventually providing a solid standing for public debate.

This trust we put in numbers has a long history and has been sustained by the association of data and numbers with unimpeachable facts and the allure of precision of mathematics. However, this has not always been the case, as the sociologist Alain Desrosières, demonstrated by documenting the journey of statistics  from niche mathematical techniques, to a de facto standard of how we perceive society. That data and exact numbers merely provide a veneer for competing value judgements and disagreements, has even formed the basis of an entire field of research, with public health being a prime example of this tendency. Yet, numbers still have a totemic role in public debates on COVID-19.

What we can learn from these discussions, is that arriving at shared conclusions based on any data is a hard-won consensus that takes time and effort to establish. Further, it makes clear how the demand for more data and open data often conflates different mechanisms of how more data can lead to better outcomes. In the case of COVID-19, open data as scientific practice and government transparency as a foundation for democracy, have very different ways of improving the situation. Opening data for scientific use and public service collaboration plays a crucial part in solving the crisis. The same numbers do not provide an easy mechanism by which to assess the effectiveness of government policies. In fact, their inherently disputed meaning can even provide opportunities to create distrust, derail discussions of effective strategies and form part of deliberate disinformation campaigns.

COVID-19 is changing what is required from journalism to uphold public debate. Sometimes this means not reporting numbers at all

Nearly all theories of public debate agree that some level of rational argumentation and shared standards is required if the debate is to arrive to conclusions. While it is easy to claim that more COVID-19 data will lead to better public debate, this would require that this evidence is meaningful and that the public can judge government responses for themselves based on it. But, how can we judge the adequacy of the policies, if both the goals and the measures are arbitrary?  The debate on the UK government goal of administering hundred thousand tests a day is a case in point. The goal itself or reaching it does not tell us whether the government policies are effective, because it is an arbitrary threshold that could be doubled without any substantial change in the actual policies or evidence.

What might a responsible public debate around COVID-19 numbers look like?  The numbers reported by governments are disseminated through the media that amplifies the drama around them. It is unreasonable to expect everyone to become fluent in data literacy. This places an enormous responsibility on how the media presents and discusses the numbers. Data journalists, who take pride in collecting and visualising data, play a double role here. They can either uncritically circulate the numbers, or provide more context and discussion on their limits. Responsible data journalism cannot only report and visualise data, but has to also inform the public on its shortcomings. In this way COVID-19 is changing what is required from journalism to uphold public debate. Sometimes this means not reporting numbers at all. Failing this, data journalists run the risk of becoming  simple illustrators.

Media outlets can choose between the spectacle of numbers and the high road that requires critical appraisal of COVID-19 numbers. If the media can succeed in this challenging task, it will  open up opportunities for constructive debate. Doing otherwise can undermine democratic societies, even when the purpose of the coverage is to invigorate them. Ultimately, the constant stream of empty numbers itself will grant us neither certainty nor solace.

Ville works on his PhD in the interdisciplinary Data, Networks, and Society program. His research explores how use of data is changing the way governments and nonprofits address societal questions. Alongside his research, Ville advises the Finnish Government and has authored several reports on how to develop policymaking practices 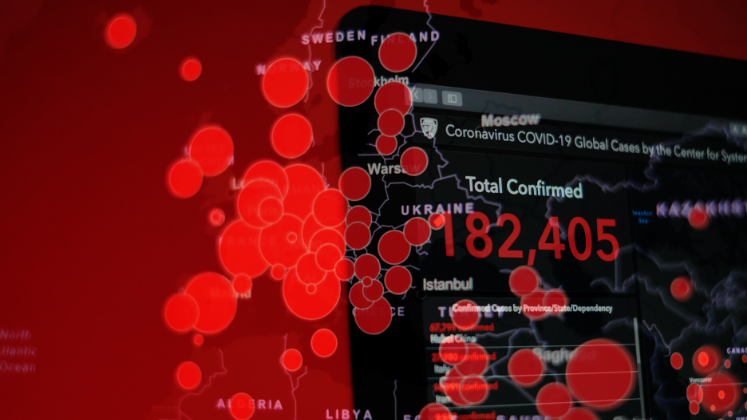 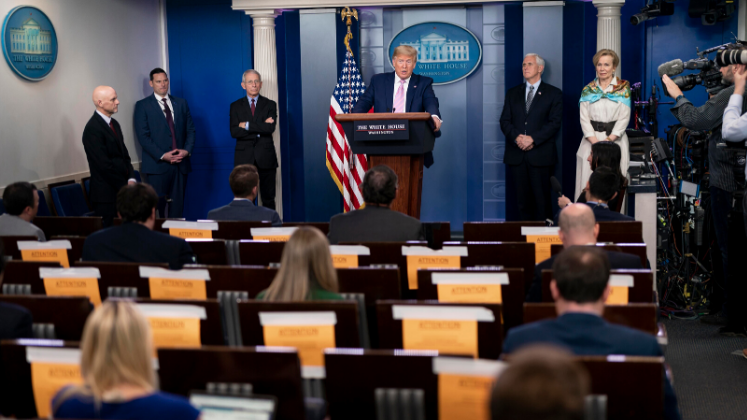