Social media has played a significant role in mediating the communication of information about COVID-19, although coverage of social media is more often than not negative. In this post, Ronnie Das and Wasim Ahmed, highlight some of the ways in which social media has become essential to societal responses to the crisis and how social media networks have become an important site for the public discussion and understanding of COVID-19.

COVID-19 dominates the news and since the initial reports from China, traditional news media have played a key role in disseminating vital information to the public. As a result, broadcasters, such as the BBC and others, have seen significant increases to their audiences. However, whilst traditional media and their biases have long been critiqued from a range of standpoints, the COVID-19 pandemic has focused attention particularly on the negative role played by social media and the potential for “information pollution“.

This risk was acknowledged early by the World Health Organisation (WHO), who declared an “infodemic” – an outbreak of misinformation causing mass anxiety and uncertainty – running in parallel to the viral pandemic. The social impacts of this infodemic were felt in the UK, when 5G masts were set on fire based on a conspiracy theory linking 5G to COVID-19, a theory that was trending on twitter under the #5GCoronavirus hashtag. Even academic research has not proven immune from contributing to the infodemic, as social media has rapidly accelerated the sharing of early findings and preprints, allowing them to be weaponised for non-scientific purposes.

Social media is an information vacuum, it spreads both knowledge and information at an exponential rate, in turn creating opportunities for exaggeration, scapegoating, rumour, social vigilantism and xenophobia. The instantaneous nature of these platforms combined with the dark art of algorithmic manipulation and simple bad faith, can ultimately have undesirable consequences. Concerns around social media therefore become heightened in times of crisis, when public understanding and co-operation are at the heart of disaster management response strategies. However, despite this negative press, COVID-19 also reveals the positive social role of social media and the way it has become increasingly central to the public dissemination and discussion of of vital information about the pandemic.

Historically, crisis and disaster communications have heavily relied on mass media. However, research has well documented how social media now plays a critical role in disaster communication, specifically by breaking the traditional dynamics between sender and receiver and enabling real time peer-to-peer information exchanges. This in turn allows communities to self-organise and respond to local issues. For example, increased community resilience and organisation was captured in social media communication during the aftermath of hurricane Sandy, as citizen journalism and user generated content provided a detailed roadmap for those responding to the crisis. 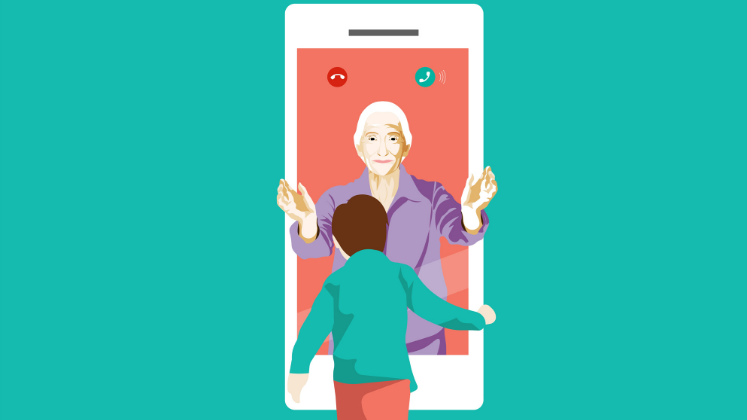 The power of social media platforms to provide granular personalised and interactive information streams has also changed the relationship between citizens as consumers and contributors to the news, allowing for the increased participatory consumption of news. The COVID-19 pandemic has provided an unfortunate demonstration of this, as legitimate news has frequently circulated on social media a long time before the news became apparent on traditional media streams. For example, our preliminary research shows that the spread of the virus across Italy became apparent significantly earlier, on social media, than in the mainstream media. A looming stock market crash and global economic crisis was also apparent from the sentiments around trending Twitter topics such as – #BlackMonday and #StockMarketCrash2020 – long before they were reported in traditional outlets..

As governments around the world failed to contain COVID-19, social media has also served as a medium to voice criticism of governments. For example, many videos and social posts have emerged from the epicentre of the virus spread area in China with hashtags such as #IWantFreedomOfSpeech; the entire world has criticised president Trump’s interpretation of the current downturn saying #TrumpLiesAboutCoronavirus, while people in the UK questioned the conservative government’s initial passive response to the crisis asking #WhereisBoris. As public gatherings and normal government processes have been suspended, such hashtags have provided a semblance of public accountability.

Beside political motives, social media has also played a major role in celebrating the ‘caring and sharing’ of communities across the world. Many individuals and charities reached out to the elderly and vulnerable through hashtag campaigns, offering to help with food, medicine and grocery shopping. Facebook has developed a new feature where volunteers can reach out to people in need. In the UK clap for our carers has become a spectacular nationwide display of appreciation and gratitude to the frontline workers, but few realise that it was an initiative led by an individual on social media.

A sense of community leadership has also prevailed on social media as users emphasised the importance of #socialdistancing and #stayhome messages as an important part of crisis recovery plans. Our previous studies on swine flu, Ebola and the Zika Virus show similar patterns in social awareness, as humour is used to ensure fast dissemination and easy comprehension of critical messages in ways that traditional authoritative sources of information struggle to do. Our research on the 5G and COVID-19 conspiracy theory also found that social media influencers play an important role in countering misinformation.

Figure 1 shows how different groups and communities can emerge around misinformation topics. The largest group in the network was an isolates cluster, where a number of users were tweeting without mentioning one another. The second largest group is a broadcast network where a number of users were being retweeted with high frequency. The most interesting group was group 4 as it contained an account which was specifically set up to spread the conspiracy theory on Twitter. 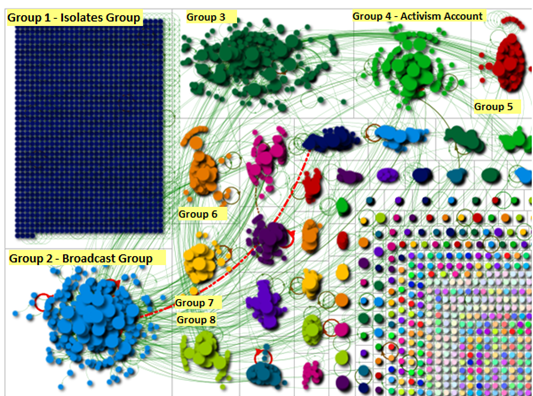 Figure 1. Social Network Graph of the COVID-19 and 5G conspiracy

In the time period of our study we did not identify influential users sharing the anti-narrative that 5G and COVID-19 were not linked. By doing so, these influential users could have formed hubs and communities that may have mitigated the spread of the 5G conspiracy theory. This would have been visible in the network shown above as new offshoots and clusters within themselves.

However, social media influencers like Joe Rogan and Mark Rober have used their channels to scientifically debate and educate people about the epidemiology of the virus while advocating the importance of basic hygiene in preventing person to person spread. Arran Lomas, famously known as Thoughty2 took a different stance in explaining why pandemic could be a blessing in disguise for future preparedness evolving society, science and technology.

Besides citizens, government and health organisations have recognised the importance of social media in crisis management. The UK government has strategically used social media to place key messages, while the WHO has signed up to TiKTok in order to reach wider audience.

Inevitably, it is hard to control the authenticity and communication of democratised content. However, social media platforms are increasingly playing a part in controlling the dissemination of fake news. Alongside developing partnerships with misinformation watchdogs, Facebook has introduced measures in ranking and controlling user news feeds using sophisticated algorithms. WhatsApp has introduced ‘forwarding limits’ to restrict distribution and propagation of misinformation to wider publics. YouTube has also published strict guidelines on sensitive COVID-19 related content. The platform is not only encouraging development of content related to positive social practices, such as #stayhome and #cookwithme, but they are also managing hoax, medical misinformation, and pranks such as toilet licking, coughing and sneezing on bystanders.

This issue has come to a head recently, after Twitter placed warnings on tweets by Donald Trump, arguing that they were factually inaccurate. The situation has led to wider political row and possible sanctions against social media platforms. Managing the propagation of misinformation is complex and serves to highlight the fine line social media companies tread between being communication platforms and fully taking on a role as arbiters of free speech. This tension is unlikely to be resolved soon, as even the most sophisticated technological measures combined with human effort are not flawless. While a debate over the extent to which social media should be regulated is likely to  smoulder for some time, COVID-19 shows that social media continues to be a vital space for governments, humanitarian agencies, influencers and regular users to discuss often complex academic ideas in new and novel ways and to mediate the impact of these ideas on their lives.

Dr Ronnie Das is a Lecturer in Digital Marketing and Data Analytics at Newcastle University. His research and consultation experience is embedded in understanding consumer behaviour in the digital age, exploring the use and application of machine learning and big data for automation. Ronnie has worked across various UK universities, and is particularly engaged in helping SME’s to develop and adopt competitive digital strategies. Outside the UK, Ronnie has also worked closely with several Dutch businesses, and is open to helping organisations understand marketing automation and consumer behaviour in the digital age. Follow him on Twitter @RonnieDas11