A feature of the research and development landscape brought to the fore by COVID-19, has been the way in which massive public investments in collaborative open scientific research have ultimately led to zero-sum competition between companies, who hold the intellectual property rights to the outputs of this work. Samuel Moore argues, following the work of Elinor Ostrom, that commons-based forms of knowledge production and exchange present a more productive and effective investment for research funds.

The production and distribution of the COVID-19 vaccine is unquestionably good news and hopefully heralds the beginning of the end of the global pandemic. Much of this progress is down to the spirit of collaboration shown by scientists around the world in the race to beat the virus.

Yet the fact that the vaccine remains private intellectual property, despite being publicly funded, is illustrative of a major failure with R&D policy and its tendency to elevate the concerns of the market over those of the common good. Policymakers should instead turn to the commons as an alternative philosophy for governing scientific knowledge production.

Often positioned as a ‘third way’ between the market and the state, ideas of the commons relate to the self-governance and maintenance of shared resources in a way that foregrounds cooperation over competition and shared ownership over private property. Elinor Ostrom, the first woman to win the Nobel Prize for economics, devoted her career to the study of the commons and the ways in which collective action can deliver superior outcomes to private and competitive forms of enterprise. There are hundreds of successful examples of commons, from groundwater basins and irrigation systems, to online citizen science projects and community centres. Our own work on the Community-led Open Publishing Infrastructures for Monographs (COPIM) project also seeks to find ways of further embedding community collaboration within infrastructures and models for open access knowledge dissemination. All of these projects prioritise – in varying degrees – community collaboration and management of shared resources.

instead of promoting collective action as a means of production, policymakers have been pre-occupied by openness

Importantly, the distinguishing feature of commons-based modes of production is their participatory and structured nature rather than the extent to which the resources they generate are freely shared with the public. So although a commons-based approach would ultimately lead to a commonly-owned or ‘People’s’ vaccine, it is more important to generate meaningful and numerous collaborative interactions to create the conditions for such vaccines to be publicly-accessible. This is because the commons refers to the self-organisation of labour as a mode of production, not a method of distributing resources, although it is exactly this self-organisation that would allow the vaccine to be distributed for the common good (as opposed to the interests of private enterprise).

Yet, instead of promoting collective action as a means of production, policymakers have been pre-occupied by openness in the form of open access or open data (see the European Plan S, for example). These concepts relate merely to the method of distributing intellectual resources, not the ways in which they are produced. Openness does little to combat the engrained competitiveness in scientific research, nor does it work against the control of knowledge production infrastructures by a handful of multinational companies. What’s needed is a policy for R&D that both prioritises cooperation in knowledge production and allows the infrastructures, workflows and results to be owned commonly rather than by individuals.

Reorienting R&D funding towards commons-based projects would not only prioritise meaningful collaborations, such as those that helped generate the vaccine, but would also ensure that vaccines and other intellectual property would be owned in common. This could, for example, allow all scientific publications and data to be freely available in perpetuity (because they cannot be enclosed), not commercially owned and made freely available only for the duration of the pandemic at the whims of publishers. For example, we would not have to rely on Elsevier to grant scientists temporary access to their Coronavirus Information Center, because we would already own the intellectual property on which it is based.

Simply put, policymakers should reorient their focus away from mere open access to the outputs of scientific research and instead nurture the commons across the research lifecycle. It would mean less of a winner-takes-all strategy to research funding – away from huge grants dictated by bogus ideas of ‘excellence’ – and more of one that encourages small, careful, collaborative research by and between diverse groups of scientists. This could be facilitated through basic research income, grant lotteries and other non-competitive methods, with the outputs from each grant owned in common by scientists across the globe.

The commons therefore offers a different frame – a third way – for the traditional R&D strategy that currently emphasises the public, the private, or the interplay between both

Funders could also stimulate oversight and governance of the infrastructures for knowledge production as knowledge commons, i.e., those that are governed by the communities that use them rather than the market at large. This would allow researchers to decide how these infrastructures are designed and built upon, preventing acquisition of critical knowledge infrastructures and data by undesirable actors. We can stimulate common ownership in scientific research through data trusts, common patent pools and other democratic procedures for sharing resources.

The commons therefore offers a different frame – a third way – for the traditional R&D strategy that currently emphasises the public, the private, or the interplay between both. It prioritises self-organisation over state- and market-based forms, emphasising collaboration in an industry beholden to competition. As academic research is likely to take a hit in the post-pandemic economic slowdown, the commons would be a useful way of directing research to foreground process over brute outcomes, collaboration over competition.

Or as the economist Kate Raworth puts it, ‘if you ignore the commons, you’re ignoring one of the most vibrant spaces of the 21st century economy’.

Samuel A. Moore is an information studies researcher specialising in scholarly communication (particularly open access), infrastructural governance and the digital commons. He is currently a Research Fellow in the Centre for Postdigital Cultures at Coventry University. He has a Ph.D in Digital Humanities from King’s College London and over a decade’s experience as a publisher and researcher with a focus on open access. He is also one of the organisers of the Radical Open Access Collective. 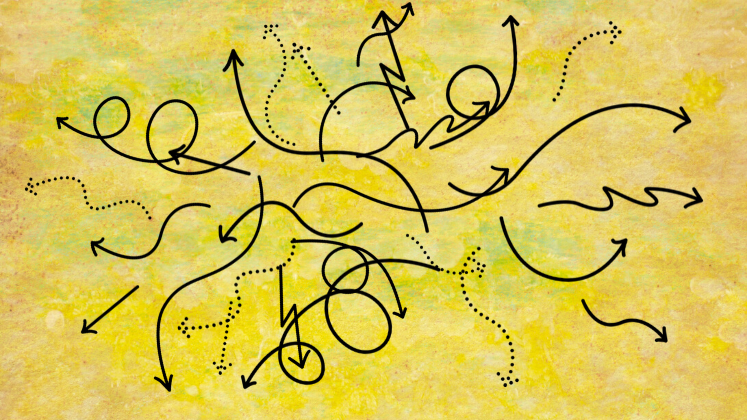 Without stronger academic governance, Covid-19 will concentrate the corporate control of academic publishing 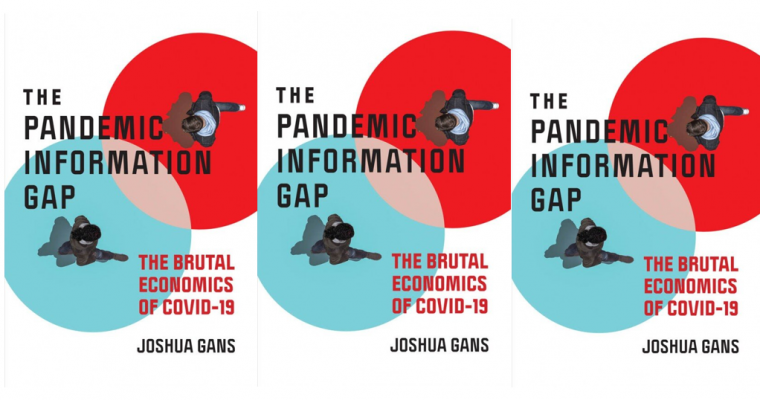 The Pandemic Needs an Information Solution