In academia gender bias is often figured in terms of research productivity and differentials surrounding the academic work of men and women. Alesia Zuccala and Gemma Derrick posit that this outlook inherently ignores a wider set of variables impacting women, and that attempts to achieve cultural change in academia can only be realised, by acknowledging variables that are ultimately difficult to quantify.

Read the latest reports concerning Covid-19 and academia and it has become clear that the inequalities and representation of women have worsened. Women are submitting fewer preprints, dropping enrolments in university programmes, missing from pandemic-related scientific committees, and experiencing pressure during lockdown periods to take on traditional caregiving and domestic responsibilities. These are not simply temporary setbacks, but a call to reflect on longstanding social schemas. What this suggest is, that it is time for research that considers a wider array of variables.

In different fields of research, scholars select and operationalise variables in different ways. Science and Technology Studies (STS) is a field within social sciences that often focuses on metrics, or metric measures. In the ‘metrics’ branch of this field, a variable is usually called an indicator. Here, proxies are used because they are measurable and closely correlate to a construct of interest. If, for example, we want to study gender relative to academic productivity, we first discern author names and roles according to gender (note: accurate name-to-gender matches are difficult in bibliometrics), then select the number and type of publications (i.e. journal articles/pre-prints) to use as proxy for productivity.  This is a well-accepted operationalisation, but as Gingras argues, the selection of a proxy is significant because it must be relatively stable and resistant to change. However, not all constructs fulfil such criteria, particularly those that are subjective or involve tacit knowledge.

Whilst indicators are common in STS, the concept of ‘variable’ itself has been used for much longer in fields like mathematics and psychology. Psychologists generally work with independent and dependent variables, where the first is causal and expected to affect a change in the other. As O’Doherty and Winston demonstrate, from the 1930s onward there was a rapid increase in the proportion of studies using experimental manipulation, rather than observational or correlation methods. Due to a growing trend towards experimentation, complex, historically, and culturally imbedded social phenomena were often being “captured as variables.”

Over fifty years ago Stanley Milgram’s experiments operationalised a learning task (as independent variable) with levels of punishment (dependent variable) in order to understand how the banality of evil functions as destructive obedience. Today, his study would be considered unethical, yet it represents how the field of psychology legitimized itself as a science. It also allowed “psychologists of varied commitments to speak a common scientific language.”

In addition to independent versus dependent variables in research, additional factors can emerge.  Psychologists later discovered that there can be intervening, hidden or even confounding variables. Edward C. Tolman and his colleagues first identified the hidden role of hunger, when rats were given food rewards for their maze running behaviour. Hunger in the rats could not be observed during the experiment, but the researchers still tried to manipulate their behaviour with food. What they found was that it was not necessarily the manipulation or reward that affected their study results, but how hungry the rats were. Confounders as interveners were thus determined to be causal, even if not easy to observe.

Today, O’Doherty and Winston argue that the concept of variable has been used too often without question in psychology. Despite steps to modernise the definitions and uses of variables, the field has become “devoid of meaningful metatheoretical engagement with the concept” (p. 2055).  By failing to question the role of variables “it becomes exceedingly difficult to imagine alternative ways of knowing that do not involve variables”

The same can be said for STS where the intent to develop indicators often leads to less engagement with variables. In turn, this can lead to curious paradoxes. For instance, why do countries with seemingly high levels of gender equality, still present low enrolments for women in certain fields of science and engineering?  Researchers have tried to explain this in terms of value-based determinants – i.e., proximal (high attachment) versus distal (low attachment) factors concerning how women perceive and choose to exhibit their academic strengths. Gender is a variable that is socially and culturally situated, and within such situations, we expect paradoxes. What such paradoxes tell us, is that hidden variables matter.

How many #MeToo’s are needed before its time to reflect more intently on What Knowers Know Well?

Look to the ‘chilly climate’ reports and feminist writings of the 1970s to 80s and more attention was given to ‘ways of knowing’, than it is today. To a large extent, the #MeToo movement is taking us back in time, when tackling hidden issues was key to advancing women. Following the United States, Denmark recently decided #WeToo with respect to #MeToo, but this is just the tip of the iceberg. Sexual misconduct in the workplace, anywhere, is not acceptable. And yes, it is critical to raise an understanding of this, even when certain behaviours are said to be just benevolent expressions of attraction. The drawback is that this now seems to be the one issue receiving attention and prompting collective change, when there is so much more ‘knowing’ underlying inequality. How many #MeToo’s are needed before its time to reflect more intently on What Knowers Know Well?

According to Alison Wylie, sociologists, psychologists and psycho-linguists have long been instrumental in identifying “well established factors operating below the threshold of conscious awareness”, which condition many areas of academic achievement. Virginia Valian refers to these factors as “social-cognitive” behaviours; each constituted through “moment-by-moment perceptions and judgements” that can lead to cumulative disadvantages for women.

How did Gloria Steinem know, for example, that “Harvard Law School Needs Women, More Than Women Need It”?  It’s the same way that women today know that what colour our skin is or what visibility minority we belong to should not matter, but often does (Intersectional Feminism).  It’s the same way we know that what others think of us (e.g., a Queen Bee) or how others intentionally misunderstand us, it matters (e.g., Gaslighting.) It’s the same way we know that when people are making judgements regarding our talents (e.g. Differential Bias), or making internal justifications for differential behaviour, it matters (i.e., Moral Self -Licensing). It’s the same way that women know that what others think we need is not necessarily what we really need from mentoring (e.g., Benevolent Sexism), that whether or not our colleagues will engage with our intelligence (e.g., Gender Homophily), or how much recognition we are likely to receive, it matters (e.g., the Matilda Effect).

How we ‘know’ is why it is more important than ever to think about hidden variables, confounding influences, or what humanists refer to as concepts of intersectionality.  Looking beyond metric indicators of disparities in research allows us to understand how underlying-behaviours manifest themselves practice.  By ‘knowing’ this, we may be able to instigate the cultural changes necessary to reduce or  effectively mitigate against them. In fact, any vocabulary we use to describe ‘what knowers know well’ in research is one of the best forms of variability attached to variables. Hence, whether or not a variable is easy to measure should not necessarily be what makes it count, or make one type of study less ‘scientific’ than another, or less ‘impactful’ in terms of promoting collective change.  Phenomena-as-variables exist and can evolve with time.  Sometimes we need to determine how universal they are, but we know that too.

The authors would also like to announce a call for papers for a special edition titled: “Gender Research at the Nexus of the Social Sciences and Humanities” to be published in the journal Publications, deadline June 30th June 2021.

Alesia Zuccala is an Associate Professor at the Department of Communication, University of Copenhagen. Her research specialization is in the field of scholarly communication, bibliometrics, and research evaluation. In recent years, she has focused on the evaluation of research outputs in the social sciences and humanities. 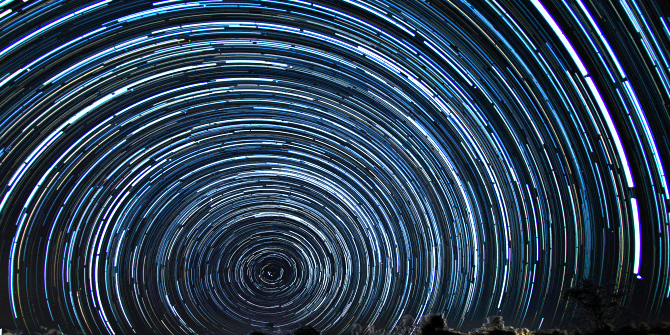