Drawing on a survey of academic economists in the Netherlands, Harry van Dalen¸ explores how publish or perish culture is perceived and enacted within academia. Arguing that the current arrangement of the academy along lines that promote outputs (publications) displaces both the goal of more intrinsically motivated forms of scientific innovation and those who pursue them, he argues for a form of academic management more focused on inputs and the promotion of academics with a ‘taste for ideas’, rather than publications.

Science has long been characterised as a winner-take-all profession, where attention and rewards are highly skewed. The early sociologists of science perceived non-market incentives to be dominant within these processes and the academic community. The race to solve the great puzzles of science and in so doing gain recognition by one’s peers was highly prized; money or employment was secondary, a nice spinoff. Some years back, I wrote about how this winner-take-all element affected academic demographers. However, even in the relatively short space of time since then, competition and the search for superstars has heightened in almost all fields of life. Science has been no exception, whilst at the time it already seemed the ‘old school’ non-market incentives were being crowded out by market incentives, metrics have only become more dominant, instrumental as they are to securing grants, lifetime income and employment. To act in accordance with the metrics has become a dominant strategy for academic scholars.

In a recent paper I wanted to explore whether these impressions ring true and see how the publish-or-perish culture plays out in practice across different researchers, in this instance, economists working at Dutch universities. Based on a latent class analysis I detected a clear divide. Around two thirds perceive that this pressure has upsides as well as serious downsides (unethical behaviour, turning your back on local issues) and one third only perceives upsides and no downsides.

Given that a majority of academics agree that publication pressure is not harmless, it is odd that this culture seems unassailable.

Given that a majority of academics agree that publication pressure is not harmless, it is odd that this culture seems unassailable. However, what started out as a relatively benign feature of American academic culture in the 1940s and 50s is now serious business. The principle that scientists must prove their value by their output is firmly established in government policy, universities and consequently the practice of individual scholars. It is up or out and the contracts mirror this stance. Figure 1 gives an impression how getting your work published is the main factor generating pressure in today’s universities, although one should not rule out how funding and teaching pressure add to this. 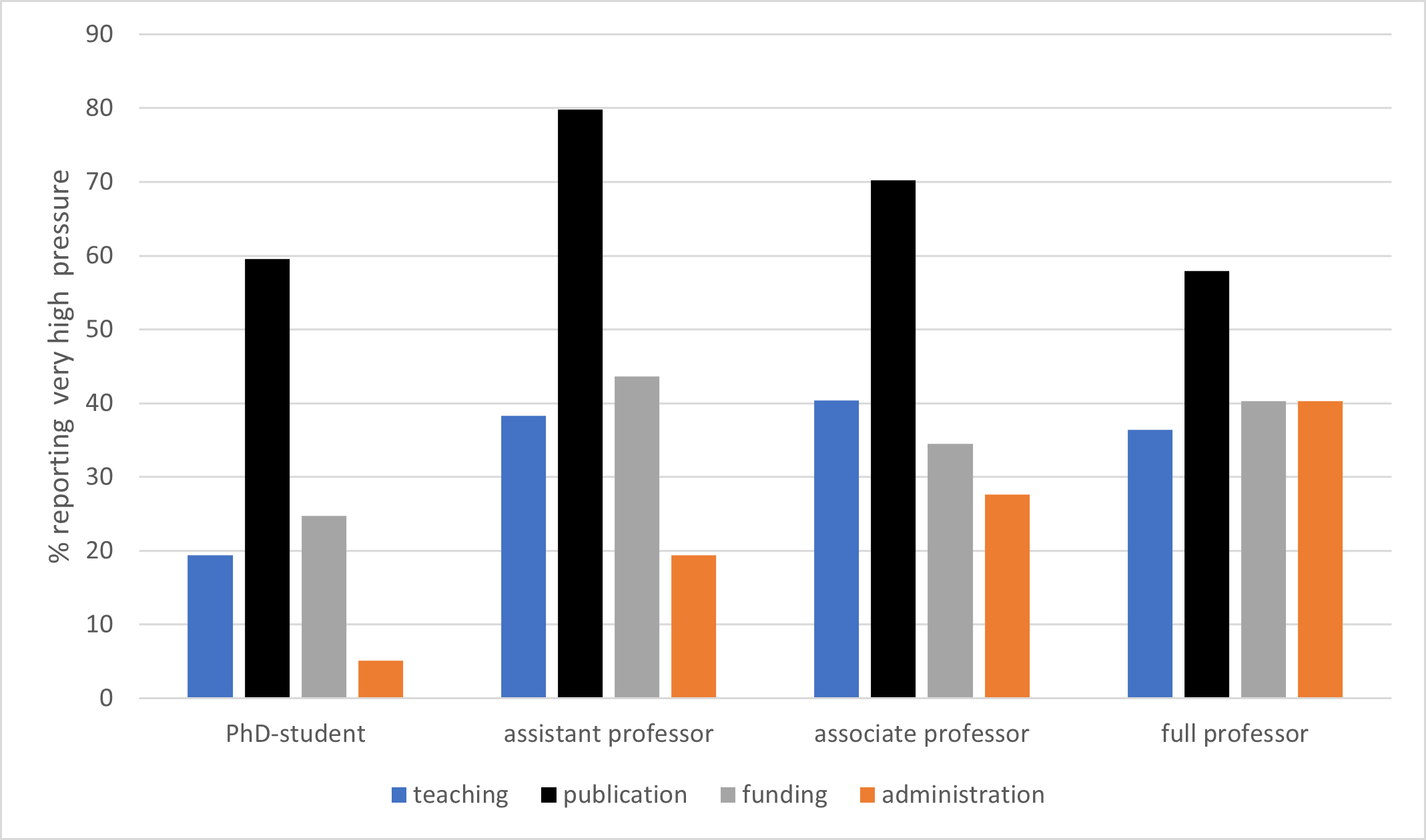 Figure 1: The perceived high work pressure in Dutch economics departments for a number of academic positions, 2015-2016 Note: very high pressure is here defined as respondents reporting an 8 or higher on the 10-points scale of pressure in teaching, publication, acquiring funds, and administration. Source: Van Dalen (2021).

For those who are in the line for promotion, assistant and associate professors, the pressure is highest. However, note even amongst full professors (who may be expected to have discovered how to manage a steady flow of publications) close to 60% still perceive this pressure as very high. For their principals – universities and research institutes – the pressure is not a real issue, their issue is to generate or maintain funds as they have to report to the government or another principal that what the university does is fine. This is demonstrated by climbing the rankings provided by Times Higher Education (THE), QS World University Ranking, the Shanghai (ARWU) ranking, or whatever ranking is relevant.

The worrisome aspect of this pattern is that the publication pressure has become dominant. Pressure can be healthy, but when publication in top journals becomes the only goal, it becomes a vice. Embracing competition based on imperfect science metrics is a recipe for the management folly that Kerr once described so vividly: the folly of rewarding A (publications), while hoping for B (scientific ideas). Ultimately, you end up with A and not B. Thus, universities find themselves in the position of advancing those educated and rewarded for a ‘taste for publication’ rather than a ‘taste for science or innovation’. 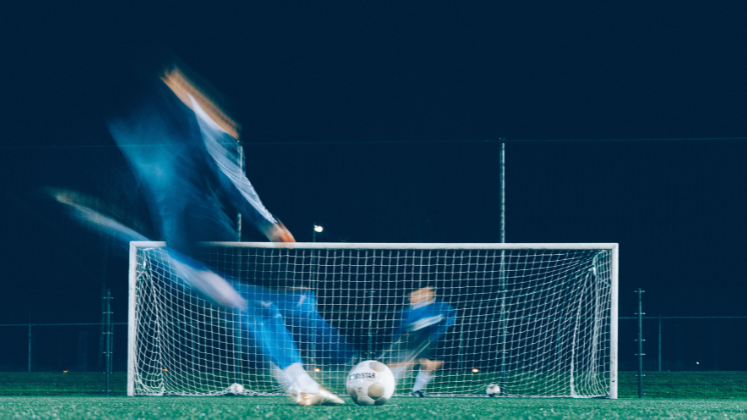 To give an example of how this affects the economists in the study: 63% of faculty perceive that their university does not care about the content of their publications, only where and how much is published. This is most clearly illustrated by the preoccupation with a fixed set of top-five journals, where economists should have published their work, and in which forms the basis of tenure requirements. A top-five that seems to generate a lot of dissatisfaction among economists worldwide: according to the majority of economists research should be more policy relevant, multi-disciplinary and ‘disruptive’.

These types of (social) norms about quantity, where and what to publish may lead scholars to leave academic rat race – indeed 33% of the economists in the survey stated that they thought about leaving academia because of the publication pressure – or push scientists in roles that do not match their qualities. This reflects Akerlof’s, critique that the current institutions of publication and promotion offer biased incentives that lead to what he calls ‘the sins of omission’: economics as discipline tends to ignores important topics and problems that are difficult to measure in a ‘hard’ way. Qualitative research is, for instance, more difficult to publish than quantitative research.

Getting ‘the genie’ back inside the bottle

As my study found, academics are in general skeptical, if not outright negative, about the publish-or-perish principle. There is a general tendency to denounce metrics in everyday use within academia. The main difficulty with denouncing metrics is that ‘the genie is out of the bottle’ and putting it back inside will be difficult. First, metrics have become part of the business model of universities. To refrain from using metrics is like asking Facebook or Twitter to delete their ‘like’ or ‘share/retweet’ button. Second, denouncing standard metrics may only lead to the use of more refined metrics covering new dimensions (like societal relevance and open science), which could lead to further bureaucracy and new forms of goal displacement.

The more interesting but difficult question would be: how is the modern-day university best governed without resort to metrics?

The more interesting but difficult question would be: how is the modern-day university best governed without resort to metrics? What universities have achieved so far is to select and educate members with a ‘taste for publications’ and not necessarily those with a ‘taste for science’. Given the ease with which goal displacement has become common, it does not offer much hope for all those advocates who want to change or devise responsible metrics. As such, the present day and future scholar is at risk of becoming a scientist without character, pulled around by changing metrics, politicians and interest groups with an endless appetite for ‘managing by metrics’.

Rewarding output in the form of publications and citations was initially a way to get rid of the academic oligarchy of the old boys’ network. The alternative to this form of governance would be a governance by ‘input control’: select, educate, and socialise members with a ‘taste for science’. Needless to say, such a governance model has its flaws, potentially rekindling the problems of the past, something acknowledged by its supporters. But, when universities want to strive for scientific innovation and cherish academic freedom, they need to regain their autonomy, be led by managers who know science from the inside and who have learned the lessons of publish-or-perish culture: playing ranking games with imperfect metrics gives imperfect results.

This post draws on the author’s article, How the publish-or-perish principle divides a science: the case of economists, published in Scientometrics.

Harry van Dalen is the Full Professor at the Tilburg School of Economics and Management, Department of Economics.