The Higher Education and Freedom of Speech Bill is currently moving through the committee stage in Parliament. In this post, Conor Gearty reflects on previous attempts to regulate free speech in universities and highlights potential unintended consequences of the legislation, particularly in relation to the government’s own prevent and anti-Semitism agendas.

As a junior academic thirty-five years ago, I signed a letter of angry supplication, addressed to government and deploring its assault on free speech in the universities. In those days it was the hostile reception that the occasional Conservative cabinet minister was getting on a visit to this or that campus that moved the State to action – I vaguely remember Sir Keith Joseph (Mrs Thatcher’s economic ‘guru’) being splattered by an egg.

The object of our opprobrium eventually took legislative shape as section 43 of the Education (No 2) Act 1986, designed to make us behave when people we didn’t like came to town. It worked, though not on account of our fear of the police state that the measure had ushered in, but because we were polite anyway – on the whole. The measure got embedded in university red tape, generated just a single legal case of significance and drifted into an oblivion so complete that the government itself appeared to have forgotten all about it when a new ‘crackdown’ on what was now being called ‘extremist’ speech began in the mid-2010s –when specific allowance for university free speech had to be parachuted into the damp squib of an anti-extremist law that made the statute book in 2015.

The current Higher Education Freedom of Speech Bill has as its primary intention the prevention of invitees to university events having their invitations rescinded on account of their ‘ideas, beliefs or views’ after such invitations have been extended and/or accepted (a practice now commonly described as ‘no platforming’). It also sets out to protect staff and applicants for posts from being disadvantaged in their search for a job or promotion ‘by reason of their opinions’.  To deliver on these guarantees, statutory duties of various sorts are imposed on universities, student unions and the regulatory body the Office for Students (but not, it would seem, on Oxbridge student common rooms, which are judged under the control of their Colleges and so indirectly subject to the Bill’s requirements). There are to be codes of practices and so on, and a new complaints scheme with the whole thing to be overseen by a ‘Director for Freedom of Speech and Academic Freedom’ within the Office of Students (called a ‘Free Speech Champion’: ‘Tsar’ probably felt not exactly right to the people who write government press releases). Annual reminders of the law will have to be sent around by the universities. Ominously, it will also be possible for civil proceedings to be brought against higher education providers and student unions in respect of alleged breaches of their statutory duties under the Bill, though is unclear how such proceedings would work, who would be able to initiate them or what remedies could be sought.

The mess first. Suppose my ‘Society for the Liberation of True Believers’ invites a radical Islamist who wants Israel obliterated and the Afghan Caliphate extended across the Middle-East? Or – do we even need a university society? –  my uncle, who has long argued to an empty room at family gatherings that the world is indeed flat and all that Galileo stuff is a conspiracy to stop us spotting the virus-production centre at the end of the world?  Before the Bill, I would have been told to calm down and think again or at very least accept the need for ‘balance’. Not now – if my guest is disinvited then like the Texan pro-life vigilantes, I’ll be able to take my case to the new Free Speech Champion, sue the university for something or other, and mirabile dictu if I am lucky enough to share this person’s views, I can blame my failure to be further promoted on that, rather than on my self-evidently mediocre scholarship. The Students Unions will be similarly vulnerable to the prankster and the malign.

Next the opportunity. The Bill may turn out to be very helpful to universities going forward in seeking to counter pressure (from governments and others) to restrain free speech on campus which is demonstrably within the law. For example, it may well be that the current line on Prevent duties needs to be modified to take into account the strong reaffirmation of free speech to be found in the Bill, primary legislation when enacted (and so trumping Prevent which is not statutory).  And what about the wide definition of anti-Semitism which the previous Secretary of State for Education Gavin Williamson had been pushing onto universities? The definition goes a lot wider than Holocaust denial to embrace what many of its advocates say should include criticism of the State of Israel, exactly the sort of controversial speech that this Bill can be used to protect.

The trouble with Conservative governments insisting on free speech is that, as things stand at present in our constitutional democracy, they can’t explicitly insist on protection only for their supporters, though that is of course what they mean. In an echo of the current legislation, way back in the 1920s Sir William Joynson-Hicks defended a show trial of British communists (for sedition) by saying they had not been engaged in the ‘right type of freedom of speech.’ The handful of right-wing provocateurs who have recently had invitations to universities withdrawn – and whose victimisation has so exercised the right-wing press – cannot be protected ad hominem. Everybody’s right to say yes to such invitations has to be guaranteed, not just those extended to contentious figures such as Jordan Petersen.

Had Mr Williamson even read his own Bill, much less reflected on its contents?  Has his successor? Have they girded their powers of concentration to engage with the long Policy Exchange paper which has given birth to the Bill? Though it will take effect as law, this measure is not intended as serious law-making; it is using law as a weapon in a contrived ‘culture war’, one in which only one side is engaged. Addressing the Bill’s subversion of the Government’s other policies and the inevitable intensification of the ‘ball and chain of [university] bureaucracy’ as Mr Williamson recently described it are not really the sorts of things with which the now-departed Secretary of State for Education appeared to be concerned. The (passing) headline was everything – with others (the incoming Secretary of State perhaps?) having to do the tidying up.

What is it about the holders of what are seen these days as ‘right-wing’ views about liberty and freedom that makes them so ready to call in the State to ensure their views are heard? Why stop at this Bill – why not impose a duty on universities to invite right-wingers to address their students? Is there some underlying anxiety about their own ideas here, an embattled feeling that the wider (and especially young) audience has already been lost to ‘woke’, that the common sense being framed in the daily marketplace of ideas is leaving them behind?

Conor Gearty is Professor of human rights law at LSE Law School. He has published widely on terrorism, civil liberties and human rights. Conor is also a barrister and was a founder member of Matrix chambers from where he continues to practise. He has been a frequent adviser to judges, practitioners and public authorities on the implications of the UK Human Rights Act, and has frequently lectured at home and abroad on the topic of human rights. He has appeared in human rights cases in the House of Lords, the Court of Appeal and the High Court. 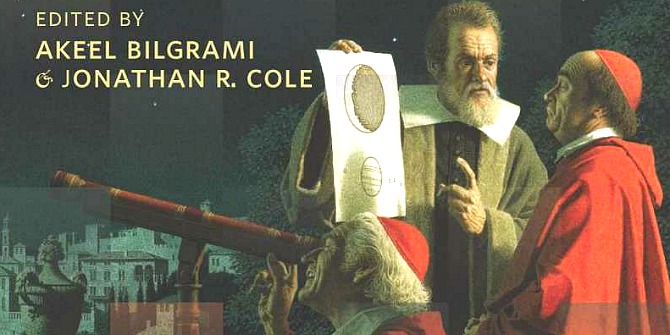