As the COVID-19 pandemic has demonstrated narratives, qualitative or quantitative, can shape, guide and make sense of public policies. However, the way in which the listeners and readers of these narratives receive and engage with them is often taken as a given. By introducing the concept of storylistening, Claire Craig and Sarah Dillon outline how different narratives can contribute to and enhance the use of evidence in policymaking and present a framework for how qualitative and humanistic research can play a key role in this process.

The challenges of using scientific evidence, of distinguishing news from fake news, and of acting well in anticipation of highly uncertain futures, are more visible now than ever before. Across all these areas of public reasoning, stories create profound new knowledge and so deserve to be taken seriously.

Stories matter but, particularly in the context of the use of research-based evidence, policymakers and experts rarely ask how, or why, or what to do as a result. Some stories are dismissed as mere entertainment or fiction, and some have too much confidence placed in them: there is a tendency to storyimbibe and to get drunk on charismatic stories, whether they are based on computational models or a novel. Storylistening, as a conscious and reflective act creating narrative evidence, is rare. Perhaps because stories are ubiquitous, there’s rarely serious thought about how best to listen to them. For this reason, we have set out to develop a more systematic framework that can help create the conditions in which the task of critical listening to stories as part of public reasoning is possible, expected, and becomes endemic.

Stories matter but, particularly in the context of the use of research-based evidence, policymakers and experts rarely ask how, or why, or what to do as a result.

This framework rests on the definition of four functions of stories: creating new points of view; understanding different collective identities; extending the range of models available for reasoning; and enabling new anticipations of the future. It concerns the collective and the cognitive, rather than the individual and the empathetic, and recognises that stories are a form of sense-making in the face of complexity and uncertainty.

Storylistening provides new points of view to inform the framing of the policy debate and of the system(s) that are considered to be important to it. For instance, the many stories about alien intelligences convey something of the breadth of ways intelligence may be redefined in the light of new technologies such as Machine Learning. Importantly, some explore societal engagement with distributed intelligences, rather than superficially fixating on potential humanoid entities which may be easier to conceptualise, but which are much less relevant to policy. Some, like Ursula Le Guin’s ’Vaster than Empires and More Slow’, begin to connect different policy issues that intersect, but which often draw on very different areas of research and expertise, such as AI and climate change. Le Guin’s story also points to the limits of empathy in reasoning. If too much attention is paid to stories’ empathetic effects, public reasoning risks missing out on their cognitive value.

Through stories’ function in the creation of collective identities, storylistening enables new ways to explore what those identities are and what they mean. For example, storylistening illustrates collective characteristics of researchers in AI, showing how stories, identities and research questions entwine, with implications for the directions of research and technologies, and the make-up of fields. A novel such as Flight Behaviour (Barbara Kingsolver), set in rural Tennessee, prompts questions about the definition and direction of collective agency in the face of climate change that complement more orthodox notions of how to incorporate group identities into public reasoning.

All public reasoning rests on implicit models of the target system (the system that is taken to matter for the purposes of the policy question in play). Stories play a part in the creation and use of non-narrative models; there are storyline approaches to computational modelling of extreme weather events, and stories act as part of scientific models, shaping the outcomes in areas such as climate change, economics and epidemiology.

However, stories also function as narrative models in their own right. Consider the way the novels of Jane Austen give today’s reader some sense of the rules of the social game of middle-class life in early 19th century England. In a similar fashion, using deep space flight as a constraint, Kim Stanley Robinson’s Aurora explores a model of plausible social and behavioural conditions for a zero-waste world: not just how to balance material cycles but, for example, what kinds of governance and skills the society might need.

Stories may be the only way of collectively thinking through the potential behaviours of complex systems in some cases. A story does not provide scientific knowledge, but narrative evidence enables surrogative reasoning about things about which there is no scientific knowledge, or an alternative approach to, and perspective on, things also known through scientific means.

Finally, storylistening enables new forms of rigorous anticipation. In the 1990’s writers such as Don de Lillo provided narrative evidence that anticipated the financial fragility that became manifest a decade later. Robert Shiller includes stories as functional elements of anticipation of market behaviours. Stories such as Nevil Shute’s On the Beach, alongside Herman Kahn’s quantitative modelling of death rates, attempted narrative futures models of the consequences of nuclear war, that in turn informed policy in the 1960s.

A thread across the four functions is how the most charismatic stories draw attention towards themselves and away from the spaces around them: stories about humanoid robots instead of distributed systems; or climate change as a matter exclusively for the physical sciences. Such narrative deficits and locked-in framings in turn preclude public examination of a full set of possible systems, models or futures, and work to exclude some collective identities while prioritising others. Careful listening shows up the spaces left by absent stories and can help balance the forces that cause some to dominate at a particular time and place.

Storylistening is the theory and practice of gathering narrative evidence to inform decision-making. To be effective, this fourfold conceptual framework therefore needs to be associated with a fundamental shift from the notion of the lone public intellectual to a more pervasive understanding of the role of the public humanities. In this shift, humanities research and humanities scholars would routinely contribute to and reframe policy-making processes. They would do this by acting as part of a pluralistic evidence base, extending the existing systems for gathering experts and knowledge that inform public reasoning, through mechanisms as different as the UK’s Scientific Advisory Group in Emergencies or the International Panel on Climate Change.

Storylistening is the theory and practice of gathering narrative evidence to inform decision-making.

Oppositional stances are deeply embedded across the humanities. By excluding themselves from the compromise of engagement, by precluding the possibility that not all engagement might be complicity, humanities scholars are denying public reasoning all of the best the humanities can offer. In a new self-conception of the humanities, there is space both for engagement and critique.

Meanwhile, the ask of publics and of policymakers is to adopt a level of narrative literacy that precludes false certainty about the roles of stories and helps determine when to bring in expertise. To be narratively literate means that when the picture of the red-eyed Terminator robot routinely appears alongside news reports of AI, the juxtaposition prompts questions rather than unexamined conclusions. The latter typically range from “it’s fiction so it’s irrelevant”, to “it’s dangerously associating AI with humanoid killer robots so it will distort public reasoning and lead to unintended outcomes”, to “it’s a metaphor for concerns about unstoppable malign powers”. Just as a generalist handles a bank account or carries an umbrella, but would not attempt to model future interest rates or global average surface temperature, so they might more readily seek expert voices on what the stories are saying – to storylisten in depth.

Dr Claire Craig is Vice President (Evidence) of the International Network for Government Science Advice; former Director of the UK Government Office for Science and author of How Does Government Listen to Scientists? (Palgrave, 2018). She first became interested in the roles of stories through their functioning within strategic futures work and alongside the use of computational models of complex systems.

Sarah Dillon is Professor of Literature and the Public Humanities in the Faculty of English at the University of Cambridge. Her research interests include contemporary literature, science fiction and the relationship between literature and science, as well as the public role of the humanities. Her most recent book, co-authored with Claire Craig, is Storylistening: Narrative Evidence and Public Reasoning. ORCID iD: https://orcid.org/0000-0002-6321-1273 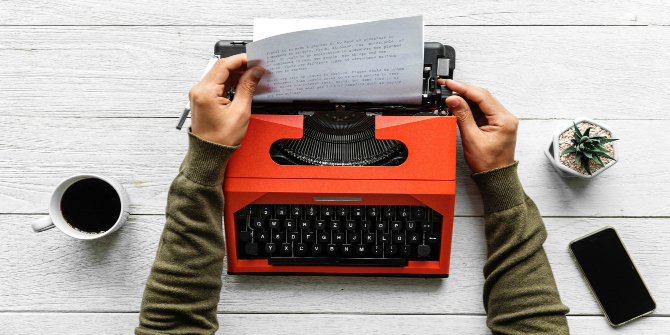