In Creative Universities: Reimagining Education for Global Challenges and Alternative Futures, Anke Schwittay proposes imaginative strategies to secure radical change to higher education and resist the instrumentalisation and commodification of knowledge, teaching, learning and research. This powerful, bold, vivid and engaging account is an antidote to the challenges of our times and offers a critical-creative-imaginative manifesto for alternative educational and social futures, writes David Hayes.

Anke Schwittay’s Creative Universities is a very welcome and timely contribution to existing critical pedagogical scholarship and literature. It not only provides an interdisciplinary critique of the existing institutional and epistemic boundaries of the contemporary neoliberalised university and its corporate-managerialist conception of creativity. It also offers imaginative strategies for counter-hegemonic resistance and radical change in education and society.

Central to Creative Universities is the development of what Schwittay calls ‘critical-creative pedagogy’. This includes the conceptual strands of ‘whole-person learning’; the incorporation of creative techniques and strategies from design and the arts into social science teaching, learning and assessment; an emphasis on the unification of theory and practice; and the notions of critical hope and ‘generative theory’ as antidotes to purely negative or destructive critique.

The specific strength of the book is its adventurous and experimental interdisciplinary scope, which should resonate with educational practitioners and researchers engaged in social scientific ‘rendezvous disciplines’: places where ideas from a range of disciplines meet and interface, such as contemporary critical criminology and critical pedagogy. Creative Universities recognises the politicised nature of education and the need to articulate counter-hegemonic narratives and discourses that challenge the instrumentalisation and commodification of knowledge, teaching, learning and research.

Though not explicitly stated, the book can be seen to be informed by an anarchist perspective on education in that it seeks to address existing power relations, hierarchical structures and relationships, and develop emancipatory alternative futures based on social and ecological justice. Creative Universities would be well worth reading in conjunction with Judith Suissa’s Anarchism and Education, as Schwittay’s concept of ‘whole-person learning’ can mutually inform and support Suissa’s notion of ‘integral education’, which challenges the academic-vocational dichotomy that persists in universities.

Via qualitative research strategies, most notably critical ethnography, Schwittay argues for the need to map and articulate what are often marginalised, oppositional voices and to capture a ‘pluriverse’ of experiential accounts. An illustration of this is the argument for decolonising the monocultural, monoepistemic and monocosmological curriculum of Western universities and engaging in counter-coloniality/post-colonial narratives and perspectives. This would challenge dominant ideologies, discourses and research agendas in the social sciences and develop epistemological alternatives based on indigenous, social and ecological justice.

In terms of resisting the marketisation and corporatisation of education, Schwittay offers hope for those confronted by the inexorable and increasingly virulent neoliberal juggernaut and its colonisation of the lifeworld of universities. The author addresses the ideological dominance and one-dimensional economic rationality of the business model of education, with its managerial culture, privileging of STEM subjects and increasing vocationalisation of the curriculum.

Schwittay critically examines the implications of these developments for the arts, critical social sciences and humanities, which are potential sites of resistance and oppositional thought and practice. Included here is an analysis of the prevalence of regimes of risk assessment, calculative reason and management, with a nod to the first generation of Frankfurt School critical theorists and their critique of instrumental or one-dimensional thought and behaviour. Educational practitioners may be mired in Max Weber’s iron cage of bureaucracy and subjected to the categorical imperatives and necessities of punitive and panoptic managerialist governance. Yet, Schwittay offers concrete hope beyond this oppressive target culture and the seemingly omnipotent techno-bureaucratic systems of surveillance, discipline, monitoring and control.

Schwittay provides a critique of the ‘naturalised’ employability discourse and its conception of students as self-optimising, perpetually networking, self-disciplining, entrepreneurial subjects.

Schwittay operates with a multi-dimensional conception of the student as producer, as opposed to the neoliberal model of the student as a progressively docile client/consumer and a passive recipient of knowledge. Echoing the focus of other critical pedagogical discourses, Schwittay provides a critique of the ‘naturalised’ employability discourse and its conception of students as self-optimising, perpetually networking, self-disciplining, entrepreneurial subjects.

What is galvanising for the reader is that this negation of the existing order is allied with a progressive vision of students as dialogical and relational co-producers of intersubjectively generated knowledge, ethics and practice. A spirit of mutual aid, benevolence and social cooperation pervades Schwittay’s militantly optimistic and pragmatic book. The call is for developing students as global citizens and activists, imbued with both a responsibility to otherness, which follows from the relational character of the self and is based on the notion of the subject as constituted by its relationship to the other, and a responsibility to act.

In Schwittay’s powerful, bold, vivid and engaging account, the educational experience can be existentially transformative, with social and environmental issues becoming central to the evolving identity of the self. Throughout the book, there is a dialectical tension between the forces of reaction and containment and the prospects of alternatives in a universe where aesthetic and ethical reason are being increasingly eclipsed by economic rationality.

In the context of ‘whole-person learning’, the notion of ‘embodied learners’ may be of particular interest. This represents a challenge to the metaphysical foundations of Western reason and Western universities. Schwittay offers useful illustrations of whole-person learning, including the use of creative and critical autoethnography, where personal biography, experiential, embodied, emotive accounts or micro-stories are linked to wider social structures and processes and the development of conceptual and theoretical knowledge.

Schwittay demonstrates how methodologies and practices that are usually found in the arts can be creatively and imaginatively transposed to social science disciplines – trans-disciplinarity and interdisciplinarity can be seen as the guiding philosophy informing the argument. Neoliberal ‘restructuring’ in universities is often accompanied by the message of ‘synergy’ as an ideological justification for dissolving departments and merging disciplinary fields, which merely serves to separate and divide disciplines that would otherwise have the potential for meaningful, collaborative work. The author illustrates the rich potential of these collaborations by providing the historical example of the Bauhaus design school as a model for participatory pedagogy that offers an anticipatory illumination or prefiguration of cooperative communities of knowledge and practice.

When discussing ‘socially engaged design’ and differentiating it from neoliberal conceptions (that is, commercial design), Schwittay’s vision of radical educational theory and practice evokes the spirit of Karl Marx’s 1843 ‘Letter to Ruge’ – ‘the world has long dreamed of possessing something of which it only has to be conscious in order to possess it in reality’. Throughout, there is a powerful and abiding message of concrete hope that another educational world is a real imaginative possibility via the medium of educational praxis.

Another important feature of design education identified by the author is that it fosters students’ tolerance for ambiguity. In a neoliberal universe where binary thinking and logic continue to pay dividends, subtlety, nuance and ambivalence – which might otherwise be seen as characteristics of a more advanced and mature civilisation – are often run roughshod over by a one-dimensional, goal-orientated brutishness that is bereft of empathy and humility.

Increasingly, the ability to see things as polysemic and to be comfortable with ambiguity and critical inquiry-based learning appears to be a dying art. As Schwittay suggests, the victim of this order of things is the kind of creative problem-solving celebrated in critical pedagogy, which prepares students for tackling ‘wicked problems’ in the social sciences and wider society. The author provides detailed descriptions of teaching activities based upon the principles of design thinking and methods. For those planning and designing undergraduate degree programmes in the social sciences, Creative Universities is a veritable treasure trove of ideas for reflexive practice.

Education in Western universities stands at a crossroads – Schwittay’s timely and much-needed book is an antidote to the challenges of our times and offers a critical-creative-imaginative manifesto for alternative educational and social futures.

David Hayes is a lecturer in Criminology and Criminal Justice programme at University Centre: Blackpool and The Fylde College. His research interests include the interface of contemporary critical criminology and political philosophy, critical ethnography and critical pedagogy. He is an external affiliate of the Centre for Educational Research (CERES) Group at Liverpool John Moores University, and a member of the Utopian Studies Society, an international, interdisciplinary society that aims to co-ordinate and encourage the diverse work currently taking place on the subject of utopianism. 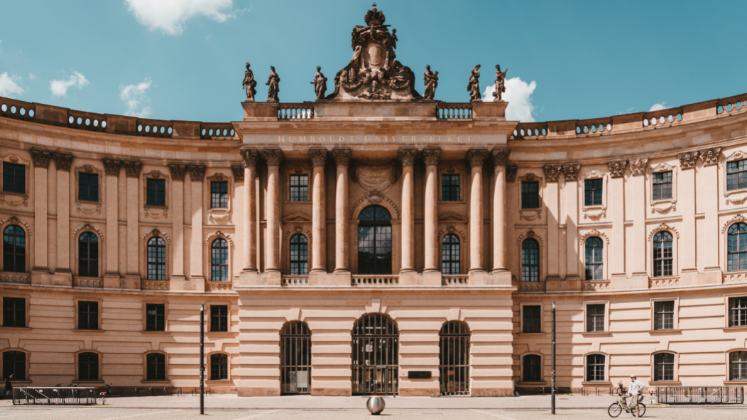 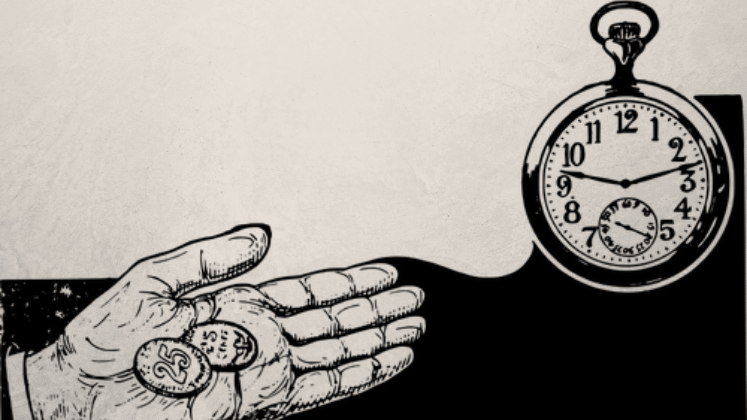 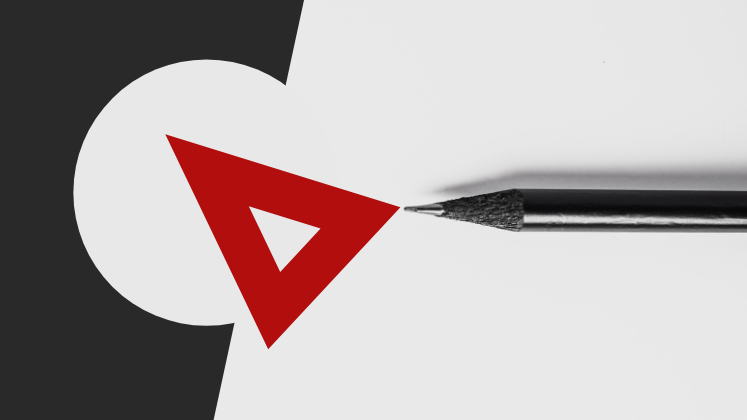