Twitter can be written off as a distinctly unserious medium, a place for fads, bullying and the latest cat videos. However, as Steve Fuller discusses the unique format of a tweet can also be a space for concision, constructive ambiguity as well as a technology for teaching complex ideas.

In October 2011, relatively early in the life of Twitter, Marcus Nilsson, an independent scholar, started the ‘Swedish Twitter University’. The idea was simple. A course of twenty-five (140-character) tweets would be conducted in real time, which also meant fielding comments as the tweets were being posted. This was not as easy as it sounded. Here’s what mine looked like in practice. Here’s how it should have looked. Despite a flurry of international publicity, the experiment ended in February 2012. I was reminded of it recently, when Michael Peters, editor of the journal, Educational Philosophy and Theory, invited me to participate in a twitter-style ‘collective writing project’ on the changing geopolitical order. In my contribution, I alluded to the Swedish Twitter University precedent, which intrigued Peters, who in turn invited me to write an editorial about it for his journal, where I stressed Twitter’s roots in aphoristic expression.

Twitter has all the earmarks of a ‘Modernist’ medium. It aims toward a convergence of syntax and semantics – the minimal arrangement of words to unleash the maximum meaning.

Twitter is normally used for telegraphic forms of communication, mostly in the spirit of self-expression or publicity, but sometimes insult and attack, which has vexed both the medium’s users and moderators. Above all, however, Twitter imposes its own discipline, due to its word limit, even in its extended 280-character mode. To be sure, tweets can be threaded, but they must be ordered in a quasi-logical fashion, as users may intervene at any point with their own responses, notably a ‘retweet with comment’. In this respect, Twitter has all the earmarks of a ‘Modernist’ medium. It aims toward a convergence of syntax and semantics – the minimal arrangement of words to unleash the maximum meaning. The implied sense of efficiency is that of an atom or a gene, that is, as a program that becomes ‘energized’ or ‘comes to life’ as it is executed in one of any number of viable environments. The imagery associated with Vorticism, which provided a forum for the various strands of European Modernism in the First World War, captures this sensibility, which Wittgenstein then domesticated for philosophical consumption.

The aphorism is the literary centrepiece of this approach, as a mode of expression that is subject to multiple mutually exclusive meanings – especially ironic ones that reverse what might otherwise be the default meaning. Twitter’s ‘retweet with comment’ function arguably weaponizes this semantic prospect. Here it’s important to distinguish between vague and ambiguous tweets. The Modernist impulse is to render the vague ambiguous, which effectively forces the reader to struggle with two or more possible meanings vying for dominance. This feature also makes aphorisms difficult to treat as objects of intellectual property, since their meaning is so closely tied to their contextualization; hence, it’s often hard to credit an aphorism properly. While the content clearly comes from somewhere else, its significance is conveyed only in context. Consider the centrality of ‘framing’ in Modernist art, as in Marcel Duchamp’s urinal (meant as a parody of art) or Andy Warhol’s Brillo box (from which he intentionally made millions) – and more generally such signature Modernist genres as montage, bricolage and found art.

The ethics of all this has always been very much up in the air. Harold Bloom’s ‘anxiety of influence’ thesis captured this mood fifty years ago. Put bluntly, Bloom argued that poets are ‘always already’ plagiarists by virtue of being in the verbal recycling business. They just hope they don’t get caught as the brilliance of their own syntactic arrangements overshadows those from whom they have secretly stolen. This was a radically new spin on the idea of ‘tradition’. Instead of focusing on the strict lines of descent between wordsmiths, Bloom treated them as all drawing from a shared linguistic/literary reservoir, which he increasingly identified with the ‘Western canon’. Nevertheless, his model of poetic expression was closer to a gene pool than a family tree; hence much more ‘Modern’. Recall here that the expansion of Modernism into both academic and popular cultures in the 1920s was very much propelled by the First World War experience, the aftermath of which made it natural for Europeans to think of any ‘common culture’ as shards waiting to be reassembled – a ‘picking up of the pieces’. The Second World War and the ensuing Cold War, in whose shadow we still live, have maintained if not intensified this sensibility.

Students could be asked to read several pages of complex and consequential prose and then tasked with capturing its import in a 280-character tweet.

For nearly forty years now, the personal computer’s integration into the internet, itself a product of the post-apocalyptic Cold War vision of communication, has got people used to a ‘cut, copy and paste’ mode of knowledge production. It dispenses with both Heidegger’s and Foucault’s quests for an arché: It is neither about recovering a lost origin nor delving into an archive of traces. And it’s the virtual antithesis of academia’s own citation-based credit economy. It is much more combinatorial and less proprietary. It defies the partisans of both Eurocentrism and identity politics in its quite open embrace of ‘cultural appropriation’. Indeed, from this standpoint, the journey from imperialism to globalisation in the history of modern capitalism has been less about colonisation than deterritorialization. Although we cannot explore the full epistemological implications of these developments here, we can at least conclude that both aphorisms and tweets are portable — but their nature is closer to Harold Innis’ ‘space-biased’ media than Bruno Latour’s ‘immutable mobiles’. That is, they are more like rewritable paper than impenetrable black boxes – expressions of the productive (or creative destructive) rather than the rentier side of academic culture.

With that in mind, let me end with a brief proposal for incorporating aphoristic expression into pedagogy. Students could be asked to read several pages of complex and consequential prose and then tasked with capturing its import in a 280-character tweet. This would force the student to verbally sharpen the different interpretations vying for dominance in the author’s text, perhaps resulting in a syllogism, dialectic, enigma or joke. (There is obviously no ‘best answer’.) In this phase of the exercise, Twitter enters the realm of aphorism. Once the student has engaged in that work of concentration – ‘reduction’ would be more brutal or sceptical – they are then asked to spend 500-1000 words explicating how they derived the tweet from the original text. Here the student would need to reflect on the ‘added value’ of packing and unpacking thought from its various expressive media. At the very least, this exercise would get students to understand that there is no ‘optimal’ medium for expressing a particular thought; rather each medium brings out something different about the thought. This is why I teach Lessing’s Laocoon early in my undergraduate course on media theory. If Lessing was right 250 years ago that there is no overall sense in which painting is superior to poetry as an expressive medium, then so too for treatises and tweets today.

This post is dedicated to his once and future student, Luke Robert Mason, who introduced him to Twitter in July 2011.

Steve Fuller is Auguste Comte Chair in Social Epistemology at the University of Warwick. He is completing a book, Back to the University’s Future: The Second Coming of Humboldt (Springer). 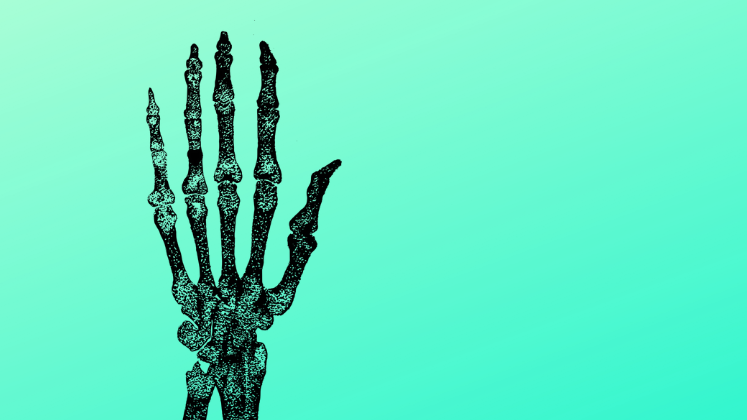 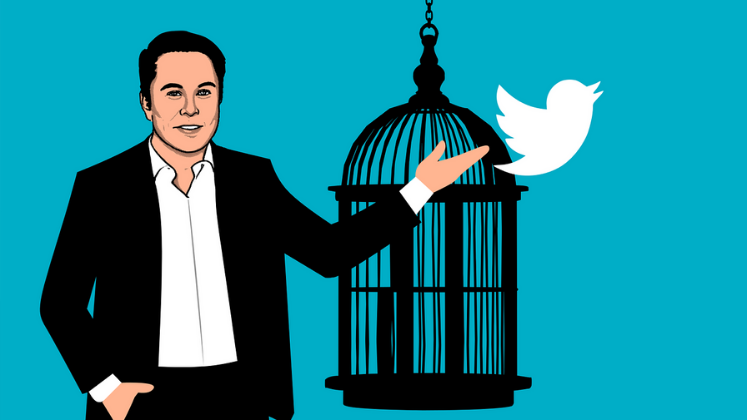 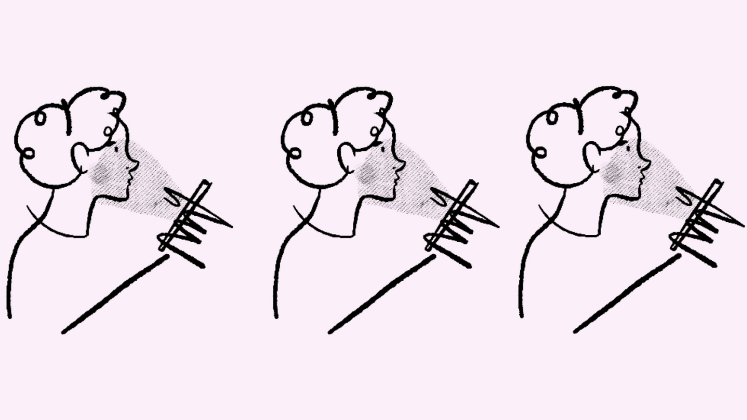 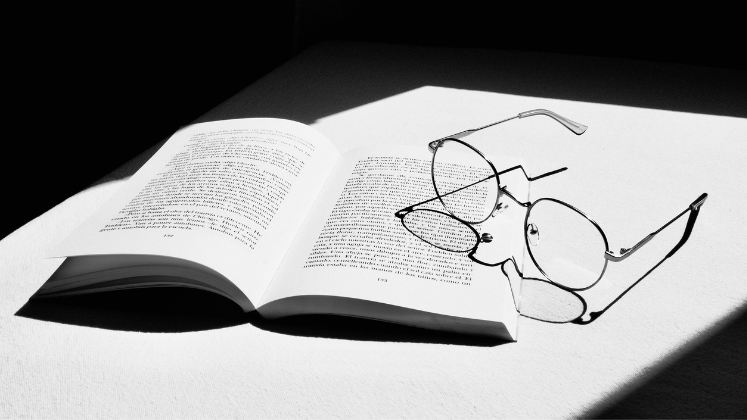