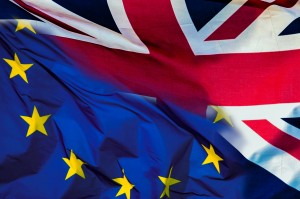 During Michaelmas Term 2016, Professor Karen E Smith of the International Relations Department organised a series of ten lectures on ‘Brexit: the implications for the UK, the EU and the international system’ which were open to all students at the LSE. Colleagues from the IR department, the European Institute, the Government Department and IDEAS gave lectures in the series. The arguments presented are summarised here by each of the lecturers.

Prof Smith opened the series with a lecture on the implications of Brexit for British and EU foreign policy. She began by pointing out that ’exercising influence after Brexit will be more challenging for both the UK and the EU, though the UK faces a much harder task. The ‘hard’ and ‘soft’ power of both international actors will take a hit. The UK has not always been an active leader within the EU, but nonetheless contributes much in terms of material and diplomatic resources to EU foreign policy initiatives. The EU has been a power multiplier for the UK, and outside of the EU, the UK will struggle to promote and protect its interests as efficiently and effectively as it could do from within the EU.’

Smith also gave a lecture on the implications of Brexit for UK and EU development policy. ‘Here as well, Brexit will lead to a loss of hard and soft power on both sides. The UK is a major contributor to the EU external action budget and to the European Development Fund, and the EU’s development aid overall will therefore be reduced post-Brexit. The UK is also one of only a few developed states to meet the UN standard of giving 0.7% of GDP in official development aid. The UK has concentrated its official development funding to fewer than 30 countries, while the EU gives aid to a much wider range of recipients. Post-Brexit, the UK will face constraints in spending the aid that would otherwise have gone through the EU (if it does indeed maintain the 0.7% standard), and will lose influence in those countries where it no longer has any presence via the EU.’

The implications of Brexit for European security and defence were addressed by Dr Spyros Economides (European Institute/International Relations). He argued: ‘It was said that 23 June signalled “Independence Day” and the opportunity to put the “Great” back into Great Britain. In the field of security and defence, Brexit has little or no effect in this direction. CSDP does not limit national sovereignty and autonomy of action in terms of defence. And the symbols of Britain’s greatness in security terms, permanent membership of the UN Security Council and possession of an independent nuclear deterrent remain unaffected by EU membership/Brexit. CSDP becomes weaker without a UK presence but it can always opt-in to future operations.’

In his lecture on the impact of Brexit on EU enlargement, Dr Ulrich Sedelmeier (International Relations) argued that ‘Contrary to the claim of the Leave campaign that Turkey and four South-East European countries were “set to join the EU”, enlargement was already a rather distant prospect even prior to the referendum. Brexit has made further EU enlargements even less likely for the foreseeable future. With the UK, the EU will lose one of the most unequivocal advocates of enlargement. Governments in other member states will be even more wary to advance enlargement for fear of fuelling more general anti-EU sentiments. More generally, Brexit makes the EU more inward-looking, firmly shifting the agenda to internal crisis-management. Finally, the demand for EU membership in current candidate countries will weaken. Brexit lends momentum to anti-EU populist groups, making it more difficult for governments to agree costly domestic changes required by EU accession. While it might seem that the future of EU enlargement does not concern the UK after it has left, such a view ignores the important role that EU enlargement has played for UK foreign policy over the last decades. The incentive of EU membership has been a key lever to shape domestic politics in Central and South Eastern European countries to promote liberal democracy and good governance. As EU membership becomes a less credible perspective for governments in the region, domestic reforms and democratisation will stall or go into reverse. In addition, there are increasing signs that Russia is stepping up efforts to present an alternative to those disillusioned by the EU.’

The second lecture addressed the nature of international trade and investment today. ‘Contrary to most of the commentary on post-Brexit trade, this stressed the importance reducing the costs of trade and investment resulting from divergent national regulatory policies. Current trade policy, such as in the form of preferential and multilateral agreements, is concerned primarily with these and not with tariffs, which are of diminishing importance. It was also stressed that the UK policy post Brexit will not vary significantly from the current (EU) policy. This is because the UK will adopt the existing EU tariff and services schedules and commitments. The UK will also adopt the EU rules in the shape of the acquis communautaire and thus the EU approach to facilitating trade and investment given divergent national regulatory policies.’

Dr Mathias Koenig-Archibugi (Government/International Relations) lectured on the implications of Brexit for global governance. He argued: ‘Economic globalisation can reduce economic inequalities between some countries, but it tends to increase inequality within richer countries. This increasing inequality has at least two important consequences. First, it boosts domestic opposition to international cooperation aimed at liberalising the movement of goods, capital and workers across borders (so-called “negative integration” between countries). Second, it boosts nationalist attitudes, especially among low-income groups who respond to the declining economic status of their social class by emphasising their identification with a group that maintains its status – the nation. This results in growing domestic opposition to those supranational institutions that could recreate at the international level some of the governance capacity lost by individual states (“positive integration”). The scope for international cooperation is thus being squeezed between increasingly sceptical sectors of public opinion in rich countries and increasingly assertive developing countries.’

Dr Federica Bicchi (International Relations) discussed Brexit in the context of the re-nationalisation of member states’ foreign policies. She asked, ‘Are the Brits the odd ones out? As the election of Trump has shown, there are trends that are bigger than Brexit and are delivering a new emphasis on national governance. Even before Brexit and Trump, there have been signs across Europe that not only European citizens feel more attached to their national identity than they used to, but also that national governments have promoted short-term national foreign policy objectives through well-established European rules of cooperation, to a detrimental effect for European integration.’

The implications of Brexit on EU relations with Russia were covered by Dr Tomila Lankina (International Relations), who pointed out that: ‘In the wake of the Brexit vote, Russia’s President Vladimir Putin refrained from articulating an explicit position on Russia’s preferred outcome in the UK’s referendum respecting the “choice that Britain’s people have made.” Like other states, both those inside and outside of the EU, Russia stands to lose from the economic uncertainty induced by the Brexit vote. Yet, by many accounts, Russia’s current regime also stands to benefit from Brexit. The UK represented one of the stronger voices among EU member states advocating sanctions against Russia following its annexation of Crimea and proxy war in the Donbas. A weaker and divided EU reduces unity in the EU’s sanctions policy on Russia. The EU, besieged by rising populism, suffers from reduced moral authority to lecture Russia on the norms of western-style liberal democracy. And a weaker EU undermines its capacity—militarily or otherwise—to stand up to Russia’s future challenges to the territorial integrity of post-Soviet states and indeed other countries in Europe’s wider neighbourhood.’ 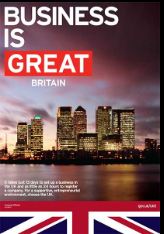 The lecture series was concluded by Professor Mick Cox (IDEAS), with a lecture entitled, ‘‘Putting the “great” back into Great Britain: international responses to Brexit’. Cox argued, ‘In a rallying cry ahead of the EU referendum of 23rd June, Boris Johnson said the UK electorate had a once-in-a- lifetime opportunity to “take back control of this great country’s destiny”. But if anything has been shown to be true since the vote it is how  much the fate of the UK has been shaped by forces over which neither the British government nor the British people have very much ‘control’ at all.’  This was an apt conclusion to the series, which illustrated vividly the many challenges that lie ahead for both the UK and the EU.

Ten Years of the G20: The Illiberal Turn of Neoliberalism’s Saviour