This post is part of the IR Department’s roundtable on ‘Diversifying IR: Gender, Race, and Class‘ on Wednesday 21 March 2018.
Listen to or download the podcast.

In the ongoing debate about decolonising of curricula (at SOAS and Cambridge for example), both the LSE and the discipline of International Relations (IR) have remained rather silent, and even resistant. Indeed, the root of the word ‘discipline’ and the originally religious notion of ‘canon’ already say a lot about power in academia, and reading lists certainly need to be seen as an expression of this. At the LSE, some students have raised their voices to denounce reading lists that privilege and give authority to certain arguments that universalise white Western experiences and viewpoints, in courses that call themselves “international”. While the pervasive gender bias in the LSE IR Department’s reading lists has recently been analysed and documented, this text extends this investigation by considering gaps in diversity and what that means for IR. Feminist de- and postcolonial theory enables students of IR to see the colonial not only in the past, but as constituent part of ‘modernity’. Hence, facing coloniality and challenging the “european paradigm of rational knowledge” on IR reading lists becomes a necessity.

THE ABSENCE/PRESENCE OF RACE AND EMPIRE

A common argument against the decolonisation of reading lists is that there are simply no or few non-Euro-American, non-white, non-male academics. Or that in IR, scholars haven’t worked much on race and empire. As a matter of fact, between 2000 and 2007 only 0.37% of the papers presented at the International Studies Association included the words “race,” “racial,” “racialized,” “racism,” and “racist” in their titles. But does this mean that race and empire don’t matter in IR, or does it rather that they have been rendered invisible?

Robert Vitalis has uncovered the “constitutive role of imperialism and racism” in the foundation of American IR. For instance, one of the leading journals, Foreign Affairs, was named Journal of Race Development before 1919. Race development was the theory aiming at maintaining white hegemony and preventing “race war”. IR’s early institutions, intellectuals and arguments were involved in colonial administration, heavily invested in maintaining a white Western order, and helped set the intellectual basis for the “long American imperial century”. Hence, IR developed as discourse by the powerful, for the powerful. This was laid bare already by E.H. Carr when he asked: “what is this thing called International Relations (…) other than the “study” about “how to run the world from positions of strength”?”. What’s more, (black) scholars that early on engaged in the analysis of racism and imperialism within IR such as the famous African American intellectual W.E.B. Du Bois and the Howard School of IR have been erased from IR’s genealogies as presented in most conventional reading lists.

The historical complicity of IR in imperial endeavours combined with an unwillingness to account for this today point towards ‘colonial aphasia’, and the repression rather than irrelevance of “racism, genocide, violence, and theft” in the discipline. Thus, teaching and learning IR today can be seen as direct continuation of World Schools of Colonialism as imagined by the Belgium colonial King Leopold. 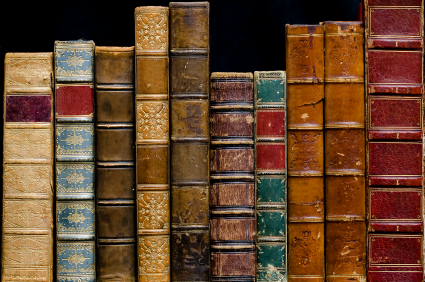 THE ‘CIVILIZED’ CONVENTIONAL KNOWERS IN IR

Consequently, all-white and all-Western IR reading lists represent and reproduce “the coloniser’s model of the world”. Just as feminist IR problematises constructed gender binaries in notions like objectivity and rationality, post/decolonial theory conceptualises the Western bias in knowledge production through constructions of the Euroamerican “knower”, understood as “human” and “civilised”, in contrast and “flexible positional superiority” to the deficient, deviant and uncivilised “other”. This is a legacy of the pseudoscience of race that accompanied and justified slavery and colonialism. While arguments such as Huntington’s famous Clash of Civilizations make use of this language and imaginary quite obviously, they are also more implicitly present in post-World War II quests for “objective laws that govern the international” (Morgenthau). Ahistorical and strictly positivist realism but also liberalism, for example with its unproblematised accounts of democracy and war in the form of the democratic peace theory, are complicit in establishing a hierarchy of knowledges.

Building on Foucault’s knowledge-power nexus, feminist postcolonial thinker Gayatri Spivak coined the notion of “worlding”, where she equates discursive power with “setting apart certain areas of the world from others” – conventional IR reading lists engage in “worlding” every day. Concretely, this means that knowledge can never be neutral and un-situated – an idea that most of IR either rejects openly or ignores implicitly. Examples are the common formulation of a post-Westphalian community of states that non-European states ‘joined’ from ‘outside’, and the Haitian revolutions’ absence in the dominant narrative of democracy and human rights. This points towards IR re-enacting dominant colonial discourses, rather than uncovering abstract universal models.

These assumptions that occlude the situatedness of knowledge have an impact on the key concepts of IR. Covert in concepts that mainstream IR cherishes are questions such as: security for whom? What qualifies as war or violence? On what basis is sovereignty built? These critiques extend beyond definitional quibbles, and at base address the problem of what counts as knowledge. Feminist and post/decolonial interventions can not only help “thicken” and “decenter” IR concepts, they also add reflexivity and historical specificity to the curriculum. And finally, contrary to what many decolonise-adversaries claim, decolonising reading lists is not about kicking out white scholars on the basis of their whiteness, but rather critically thinking about their arguments and assumptions and reading them alongside scholars that produce alternative knowledges from non-Western standpoints. 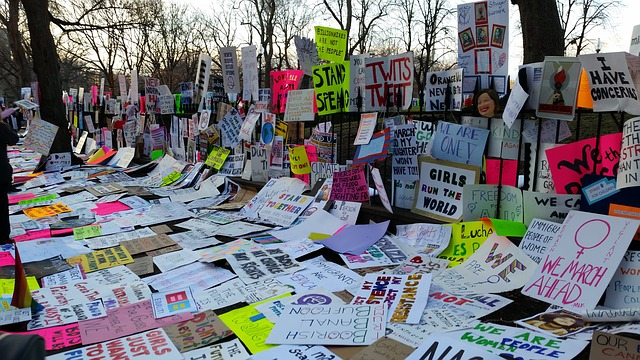 So what is to be done? First off, an entirely ‘decolonised canon’ would fundamentally miss the point. Virginia Woolf, while not an unproblematic thinker under post/decolonial considerations, makes a crucial point in her Three Guineas (a notable, while contested presence in IR): her metaphor of “burning universities” and building new schools with ever changing curricula gets close to what is meant by the fundamental incompatibility of constantly challenging the status quo and the idea of a “canon”, reproduced through reading lists. The combined boundary-pushing nature of feminist and post/decolonial theory – without naively overlooking tensions – holds potential to never get too comfortable with one self-narrative. This effort is inevitable if the discipline of IR is to live up to its name as a global discipline.

Thanks to the very world’s interconnectedness and existence of diverse knowledges that are often ignored in IR, resources and experiences are easily shared. There are a multitude of online sources, for instance an extensive reading list of African scholar’s work on African politics. Assigning texts in other languages than English, abolishing ownership of reading lists, and establishing dialogue between staff and students on their curricula, to only name a few, can be initiatives towards decolonisation of reading lists. Learning from challenges and successes with the implementation of an attempt at a decolonised introductory course to IR can prepare other scholars that are willing to bring change to their institutions and classrooms.

Finally, while decolonising reading lists is a crucial step, the journey is long: decolonising the classroom and modes of teaching and examination, tackling the BME attainment gap, enhancing representation including in senior positions, exploring intersectionality in all of the above and uncovering coloniality in physical spaces and the LSE’s policies need to be faced upfront. More fundamentally, investigating in the societal functions of the School today and its embeddedness in global neoliberalism seems inevitable.