On Tuesday 16th February 2021, Professors G John Ikenberry, Beate Jahn and John J Mearsheimer debated the crisis of the liberal order: is the cause of the crisis liberalism itself, or does it have as much to do with Trump and the rise of populism as anything else?

They explored the clash between liberalism and realism in an online event, hosted by LSE Department of International Relations.

Is the Western liberal order in crisis? John Ikenberry, John Mearsheimer and Beate Jahn believe so, and that it has been a victim of its own success. Pax-Americana and its economic dynamism, Ikenberry argues, has facilitated China’s ascent to great power status. The current crisis, however, is merely the latest ebb in the history of liberal internationalism. Its proud and defendable record means it still has more to run.

Mearsheimer believes the liberal international order is dead, as its main condition for existence—a liberal hegemon—no longer exists. China’s rise, the erosion of liberal credibility due to the West’s paradoxical relationship with state sovereignty, and the animation of populist forces by economic globalisation have revived great power politics. We are now living in a multipolar world.

For Jahn, the liberal order has provided a framework for illiberal forces to develop. Financial crises, wealth disparity and the thinning of social security nets produced by neoliberal policies have not only deepened social divisions but incentivised political parties to ‘hug the centre’. Populist movements have emerged in response, and now undermine liberalism itself.

A flashpoint of the discussion was the exchange between Ikenberry and Mearsheimer on liberal internationalism’s failure to contain the rise of China. Would the world have accepted America keeping hundreds of millions of Chinese impoverished for decades while allowing other nations to prosper? True to his realist credentials, Mearsheimer appeared to believe so, and that the United States made a great error in failing to slow China’s economic growth.

Whether Mearsheimer’s strategy would have been palatable in the age of social media and global connectivity, while America preached the righteousness of the global liberal order, is highly questionable. It is also the case that China was an important optical asset to George W. Bush’s international coalition to fight the ‘global war on terror’. In this light, the current crisis appears somewhat unavoidable.

But Jahn believes its proclaimed answer — populism — may stoke even further division. Whether true or not, one thing appears certain. The liberal buoyancy of the 1990s has well and truly departed the international scene. 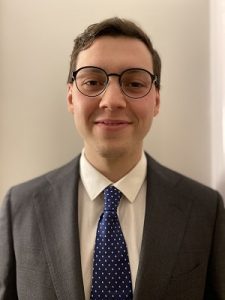