One year into the coronavirus pandemic, the current liberal international order is rudderless. Nation state responses to the pandemic have entrenched authoritarianism, resurrected economic nationalism and intensified state competition – accelerating the trend toward a pluralist world order. 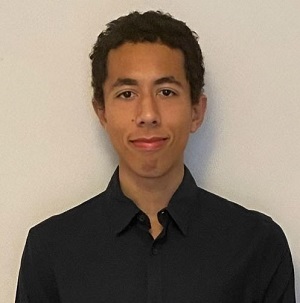 What do the responses to the global pandemic tell us about the state of the international order?
Matthew Prescod, BSc International Relations, 1st year

In 2018, forty-two prominent IR scholars published a letter in the New York Times urging US leaders to preserve the existing international order. Three years later, and one year into the coronavirus pandemic, the current liberal international order is rudderless. Nation state responses to the pandemic have entrenched authoritarianism, resurrected economic nationalism and intensified state competition – accelerating the trend toward a pluralist world order.

Challengers to the current order have responded robustly to the pandemic. Despite being the first victim of the coronavirus outbreak, China utilised military-enforced lockdowns, mass surveillance and its Orwellian social-credit system to control virus spread among the population. Vast state powers and a compliant public have awarded China one of the lowest death rates in the world. In contrast, liberal democracies across Europe and the Americas hesitated to lockdown. Their leaders vacillated in the face of public opinion, engendering a rapid transmission of the virus.

After a crushing number of deaths, Western leaders turned inward. Presidents Trump and Biden passed ‘Made in America’ executive orders, the EU made an aborted attempt to weaponise the Northern Ireland Protocol, and British politicians falsely hailed Brexit as the source of vaccine success. Whilst Western leaders quibble over vaccine supplies, China and Russia are already exporting their vaccines to developing countries. The guardians of the liberal international order have lost control at home and are losing the vaccine diplomacy game abroad.

Eschewing the opportunity for mutual cooperation with their Western counterparts, authoritarian challengers to the current order have relished disruption. The Atlantic Council has documented extensive coronavirus disinformation campaigns conducted by China, Russia and Iran. State media outlets promoted a cornucopia of conspiracy theories – most absurdly, that the US government had created the coronavirus as a bioweapon. Troll farms made matters worse, propelling QAnon and anti-vaccine misinformation into millions of users’ social media feeds. China took advantage of global distraction to intensify its security operations in Xinjiang, interning millions of Uighur Muslims. Across the border, Russian agents attempted to assassinate Kremlin opposition leader Alexei Navalny. Frightfully, it seems the international order’s challengers lack a vision for a better world.

Nationalist responses to the pandemic have exposed the gap between the normative liberal order and the observable realist logic underlying it. As detailed by Ha-Joon Chang in ‘Kicking Away the Ladder’, the US and UK were great 19th century protectionists; the duo of neoliberal economics and free trade are a modern pairing. As recognised by the signatories of the New York Times letter, the West has ‘greatly benefited’ from the current world order built on these two principles. As soon as benefits began to dwindle during the pandemic, Western states abandoned all liberal pretences. President Trump went beyond his trademark rhetorical sophistry – threatening Chinese tariffs as revenge for coronavirus, initiating formal withdrawal from the WHO and invoking the protectionist 1950 Defence Production Act. Embracing national exceptionalism, the UK government defied WHO guidance, suggesting the country needn’t worry with its ‘world class’ healthcare system – months later the country had the highest death rate in Europe. Western powers have cut foreign aid contributions and it has taken over a year for EU leaders to even begin discussing global vaccine distribution. Western pandemic responses undermined faith in the current order by exposing the logic of self-interest that has always determined liberal state behaviour.

Global pandemic responses have exposed how, as John Mearsheimer has long argued, ‘international politics has always been a ruthless […] business’. The liberal international order is in crisis. It is up to us as students of IR to debate whether it is worth saving.

Matthew is a 1st year student in BSc International Relations at LSE.