The increased visibility of femicide in Latin America has not led to improved systems for recording cases, even though this would facilitate evidence-based policymaking. Yet the participatory process required to move towards proper standardisation of femicide data has already produced a number of important lessons, writes Silvana Fumega (Latin American Initiative for Open Data).

Violence against women is a serious problem throughout Latin America and the Caribbean, and the most extreme manifestation of this comes from statistics on femicide. According to data initially compiled by the UN Economic Commission for the region (ECLAC), at least 12 women die every day due to incidents related to their gender.

Femicide is an increasingly visible problem for numerous governments and societies, and between 2010 and 2015 the number of LAC countries with legislation specifically criminalising femicide increased from 4 to 16. But increased visibility has not led to improvements in the systems used to register cases, even though such a change could allow for evidence-based decision- and policy-making.

It was this need that provided the impetus for my colleagues and I at the Latin American Open Data Initiative (ILDA) to launch our own project on the regional standardisation of femicide data (with the support of the International Development Research Center, the Avina Foundation, and the Inter-American Development Bank).

At the beginning of 2017, ILDA began an exploratory study to understand how changes to the production and use of data might contribute to understanding and ultimately combating femicide in Latin America. We designed an action-research methodology to assess the problem, to understand how working with data – particularly open data – could contribute to a solution, and to establish recommendations for the countries involved.

This effort was able to build on work already done on the production and collection of femicide, particularly by the ECLAC Gender Equality Observatory and the United Nations High Commissioner for Human Rights, the latter having already advanced towards standardisation via the Latin American Model Protocol for the Investigation of Gender-Related Killings of Women (the Bogotá Protocol).

ILDA’s past experience of standardising health, procurement, and air-quality data has involved significant participation with those who produce, save, use, and eventually publish data. The very practice of problematising the issue forces organisations to rethink both what data they need and also how they collect, store, process, and utilise that data. That is to say, standards not only shape the production of data, but also lead to silent, localised transformations within bureaucracies.

The research strategy has four stages:

Learning from the process

Though a fully developed standard for collection of femicide data is still some way off, our work in Argentina, Uruguay, Honduras, Jamaica, and Panama already offers a series of lessons on the visibility of feminicide and the need to generate an iterative methodology for standardising data in the public sector, particularly with a gender perspective:

Overall, more than being a purely technical process, standardisation of femicide data is an exercise that allows us to rethink the production of data and its use, while also facing up to existing problems of gender bias.

There is still a long road ahead in terms of data quality, governance arrangements, and potential uses. Yet, many important steps have already been taken, and as we edge closer to a fuller understanding of the current situation, we also move closer to proper evidence-based policies that can combat this gravest of crimes in Latin America and beyond.

Silvana Fumega is currently the research and policy director of the Latin American Initiative for Open Data (ILDA). She holds a PhD from the University of Tasmania (Australia) and a Master’s in Public Policy from Victoria University of Wellington (New Zealand), as well as a degree in political science from the University of Buenos Aires (Argentina). She has also been a participant in the UK's Chevening Hansard Research Programme. In recent years, her work has focused on open government and gender. She has served as a consultant for several international organisations, governments, and civil society groups. 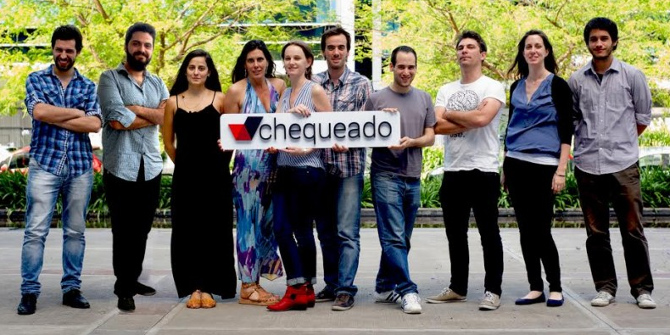