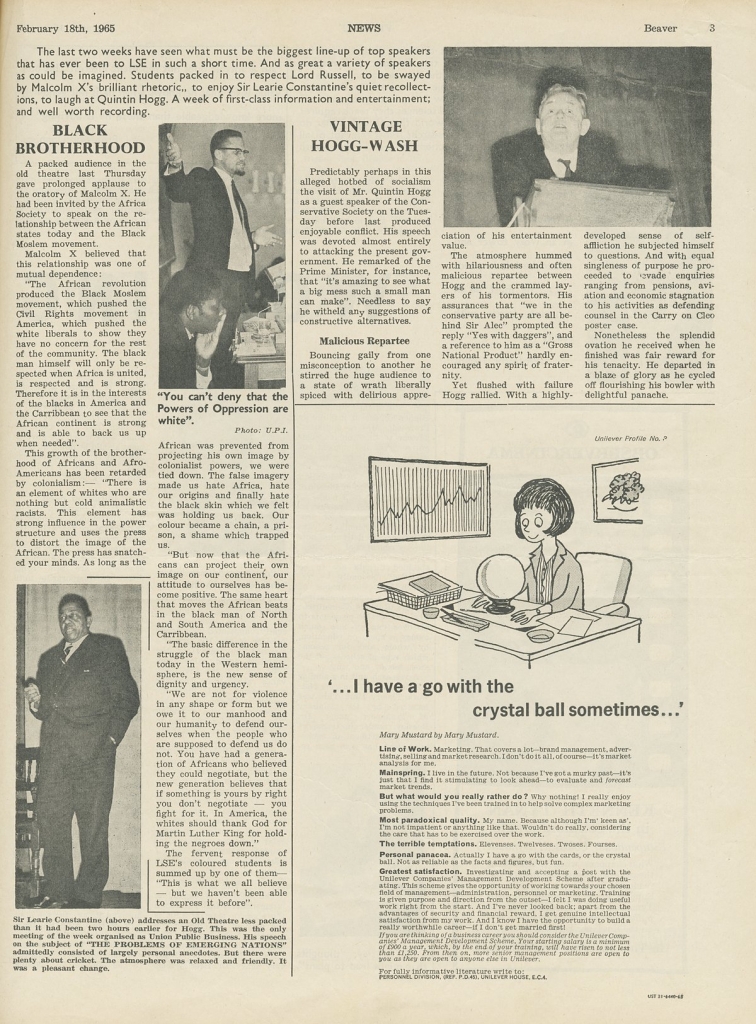 Despite much searching in the LSE archives the only record of Malcolm X’s visit to come to light is a report in The Beaver published 18 February 1965. Malcolm X was invited to speak by LSE’s Africa Society although the background to the invitation is unknown. Tim Gopsill was the 20-year-old editor of The Beaver in 1965. In an interview Gopsill remembered meeting Malcolm X but not the content of the speech. He did recall that: ‘He was quite intimidating. It had something to do with his charisma. He had strength – just his presence.’

By the time Malcolm X visited LSE he had left the Nation of Islam and established a new religious movement, Muslim Mosque Inc, and a secular group, the Organisation for African-American Unity, to fight for the human rights of African Americans. A highly controversial figure, his visit to LSE has been the subject of great interest, coming so closely to his murder. According to The Beaver the speech received ‘prolonged applause’ and was well received, by many students. You can read The Beaver report on the LSE Digital Library.

Following Malcolm X’s death The Beaver followed up with an editorial on Malcolm X and his legacy reporting that: ‘’There is no doubt that Malcolm X was an orator and political leader of genius.” Though there would be many views on the nature and impact of his views and campaigns. The full editorial is available online.