Density Policy, the Disappearing SRQ Matrix, and the Question of Who Should Safeguard Residential Environments in London – the Mayor or the Boroughs

Since the structure of the EiP follows that of the New London Plan itself, it keeps intersecting with a number of key themes that run through this Plan – and its relation to political/economic realities – in ways that frustrate clear resolution of running issues.

The most obvious example, from day 1 on, has been that of the Plan’s ‘sustainable intensification’ spatial strategy, and its implications both for achieving required levels of new housing delivery; and for the qualities of life available to people with different needs/resources, and /or in different parts of the city. Linking these two sides of the picture, and their distinct concerns, is not straightforward but some idea of the density of new development seems fairly central. And this eventually appeared as a ‘Matter’ in its own right on day 16 of the Enquiry.

A second example of a key running theme – rather less obvious than, but closely interlinked with, the density issue – is that of the appropriate division of labour, relationship and responsibility between the GLA as a strategic authority and locally elected councils (specifically the London boroughs). This became clear particularly in earlier ‘housing’ sessions where the local implications of the Mayor’s small housing sites initiative – arguably the main ‘new’ element in this Plan – attracted close critical attention from outer borough representatives in particular.

By contrast the outer boroughs were only thinly represented in the ‘density’ session (just Bromley, making a familiar case for its exceptional position, with limited support from London Councils). The axis of debate was primarily between the Mayor’s team and community/independent representatives (London Civic Forum, Just Space, the Highbury Group, Michael Edwards and Pat Turnbull), with LSE London on this occasion aligned with the GLA (and London First/Ballymore) on the controversial issue of the session – namely that of the ‘missing density matrix’.

This matrix (originally one of ‘sustainable residential quality’, hence SRQ) had been an iconic feature of all previous Plans of the Mayoral era. It prescribed upper and lower density limits for new residential developments, in a set of areas broadly distinguished in terms of their accessibility to the public transport network (high medium or low) and ‘character’ (central, urban or suburban). Its intended role was to represent an appropriate practical compromise between the claims of contributing to housing targets and of sustaining residential quality.

From an LSE London perspective (as reflected in our main contribution to the GLA team’s density research projects[1]), relying on the matrix as an effective way of resolving the quantity/quality trade-offs is mistaken because of three major flaws. One (very well brought out in Elliot Kemp’s presentation on behalf of the GLA) is that the matrix is much too crude a tool for the job – in that mean density of development on a site signifies very little about form or quality. Equally, distinguishing (in practice) just half a dozen or so area categories across most of London scarcely even gestures at the rich variety of contexts in which developments are to sit. A second issue (documented in Density Report 1) is the lack of any hard evidence that the existence of the matrix has significantly affected either the general level or spatial pattern of new development densities across London, as compared with that expected from market forces interacting with borough level signals of planning acceptability. As importantly we found no evidence that raising development densities in London actually secures significantly more housing delivery (within the time frame for which we have data). The third, contributing to this ineffectiveness, is the (unacceptable) hypocrisy of specifying (upper) limits to acceptable density that – throughout the period of Mayoral Plans – have been breached in the majority of the approvals actually granted – reflecting a simpler de facto policy of welcoming higher densities, irrespective of the matrix’s de jure policy (and its 95% compliance target).

Some of these shortcomings could be addressed, most obviously in relation to area categorisation. This could be done on a much finer basis and mapped (as Michael Bach proposed in the session, and we had recommended if some version of area standards were retained, such as a minimum value) rather than presented in a matrix. The logic underpinning the NLP, however, pays much more attention to the other aspect of the matrix’s inadequacy, namely the gulf between a mean density standard and specification of the multiple dimensions and criteria with a bearing on the fittingness and quality of different ways of intensifying an area (not just a single site). The proposals for filling this important gap, with design scrutinies, masterplans, checklists of qualitative factors, infrastructure impact assessments, management plans etc. seemed more feasible when orally presented than in the text of the Plan, but are certainly demanding, maybe because they are presented as formal expectations, rather than matters of borough discretion (except in relation to defining what counts as a tall building).

Among those who want to keep the matrix in some form (maybe just with different, presumably higher, values in it) I sense some combination of a ‘desire to keep hold of nurse’ and a sense that planners should have enforceable rules at their disposal – with, I might add, some way of ensuring that the Mayor actively enforced the compliance standard. I also heard a suggestion that the matrix, or an appropriately sophisticated version of it, could provide useful initial guidance to developers – without acknowledgement of the degree to which the actual spatial variation in new residential densities across London, at a much finer level than the matrix’s area categories, already reflects market judgements about the relevance to potential residents of a wide range of accessibility and character attributes.

The one seemingly powerful argument (from Michael Edwards) started from the reasonable premise that expectations about acceptable densities (to planners and customers) are a key influence on the valuation of potentially developable land – and thus on the viable/unviable types of housing for particular sites. But he then postulated that without a density matrix as a reference point these expectations would get hyper-inflated. This might very well be true if the matrix actually dictated the densities that were permitted. I cannot, however, see any a priori reason, still less any real evidence to suggest that a matrix, honoured primarily ‘in the breach’, has actually served to keep down expectations about acceptable densities, particularly among the big players who Michael surely has in mind. Doubtless some others have taken the matrix limits as gospel and lost out financially to those with a more sophisticated view of the realities. But I don’t recall anyone claiming that the nominal densities specified in previous Plans might actually have held land prices in check – until the matrix disappeared from the draft NLP. The force of Michael’s argument rests on the presumption – which many might wish to be a reality – that in future the matrix itself could be made to determine (actual and expected) densities. In my view, however, this is quite unrealistic, without some credible enforcement mechanism – that the Plan itself cannot provide.

A more plausible (and desirable) scenario would involve recognising both the right and the responsibility of boroughs to protect their citizens (and those neighbours to whom they owe a duty) against qualitatively bad forms of intensification, while also striving to meet the housing targets set for them (with appropriate incentives for so doing). The simple logic is that Mayors can reasonably be expected to pursue metropolitan level goals (in housing, environmental and economic terms) but not to give the same weight or sensitivity to locally specific qualitative impacts, where it is borough leaders who could and should be held responsible, by their electors.

The force of this point, that it is councils that should be trusted with deciding how intensification should be managed within their areas – given a strategic obligation to meet housing targets set by City Hall – might be a bit less obvious if there were real checks and balances at the London-wide level. But the Assembly has proved unprepared to hold (successive) Mayoral teams to account in relation to compliance with their own density limits – and there is also a lack of public arenas for interaction between levels of London government on these issues. The NLP’s new more qualitative approach to the considerations that should feed into decisions about the right intensity and form of development on particular sites could pave the way for positive inputs by City Hall into borough level decision-making on this issue. But, as currently expressed, it could also be seen as another effort at micro-management, further confusing the issue of who is to be held responsible for unsatisfactory forms of intensification.

And, yes, I am aware that this way of framing the issue does presume that housing targets set in a final version of the NLP are realistic – which is clearly not true of those in the version currently under examination. But that is a matter for other blogs in this series (past and still to come). 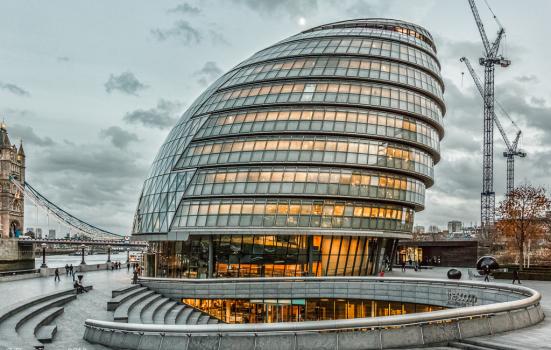 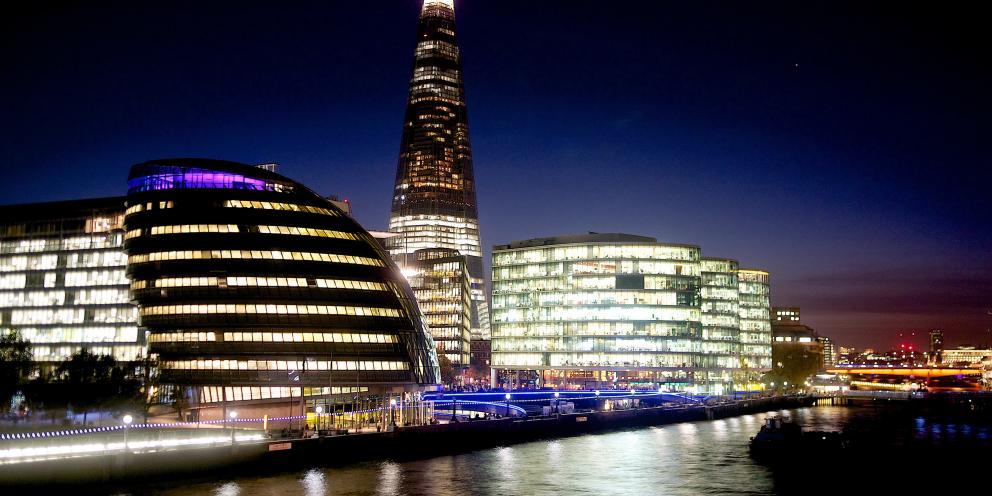