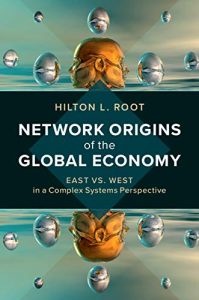 Photo by Alina Grubnyak on Unsplash.

Gábor Bíró is an assistant professor at the Dept. of Philosophy and History of Science, Budapest University of Technology and Economics and a research fellow at the Morals and Science 'Lendület' Research Group, Hungarian Academy of Sciences. He studies the economic thought of Michael Polanyi and has recently published a book about the first economics film (The Economic Thought of Michael Polanyi, Routledge 2019).