This draft was first published on justiceinconflict.org by Mark Kersten 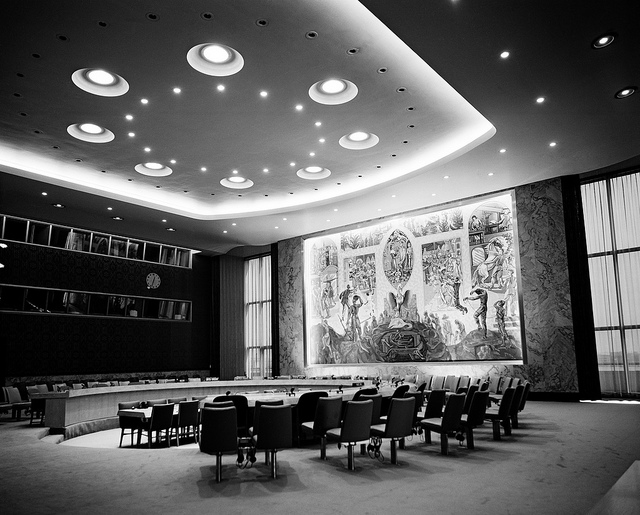 In an article for the Foreign Policy (7 May 2014), Colum Lynch reported that the Obama administration has decided to throw its support behind a United Nations Security Council referral of Syria to the International Criminal Court (ICC).  Mark Kersten, LSE PhD Candidate specialising in conflict and peace studies and international criminal justice, comments on this shift in strategy by the US in a string of pieces on his blog, justiceinconflict.org.

In his first post on May 7, Mark looks at what it means that a previously reluctant government has recognized that it is in its interests to publicly support an ICC intervention in Syria and what effect, if any, this change would have on the situation in the country. He then questions whether the ICC will accept a referral should the Security Council manage to refer Syria to the Court? If it does, which might be inevitable, he draws three ‘red lines’ that the court should be wary of. In a final post today, he offers an exclusive insight into the full draft of the current resolution being circulated at the Security Council on which he will offer a commentary in the next few days.

Reaffirming its strong commitment to the sovereignty, independence, unity and territorial integrity of the Syrian Arab Republic, and to the purposes and principles of the Charter of the United Nations,

Recalling its full endorsement of the Geneva Communiqué of 30 June 2012 which states that accountability for acts committed during the present conflict in the Syrian Arab Republic must be addressed,

Taking note of the reports of the independent international commission of inquiry on the Syrian Arab Republic, mandated by the Human Rights Council to investigate all alleged violations of international human rights law since March 2011 in the Syrian Arab Republic, to establish the facts and circumstances that may amount to such violations and of the crimes perpetrated and, where possible, to identify those responsible with a view to ensuring that perpetrators of violations, including those that may constitute crimes against humanity, are held accountable,

Recalling the statements made by the Secretary-General and the United Nations High Commissioner for Human Rights that crimes against humanity and war crimes are likely to have been committed in the Syrian Arab Republic,

Noting the repeated encouragement by the United Nations High Commissioner for Human Rights for the Security Council to refer the situation to the International Criminal Court,

Acting under Chapter VII of the Charter of the United Nations,

Reaffirms its strong condemnation of the widespread violations of human rights and international humanitarian law by the Syrian authorities and pro-government militias, as well as the human rights abuses and violations of international humanitarian law by non-State armed groups, all committed in the course of the ongoing conflict in the Syrian Arab Republic since March 2011;

Decides to refer the situation in the Syrian Arab Republic described in paragraph 1 above since March 2011 to the Prosecutor of the International Criminal Court;

Decides also that the Government of the Syrian Arab Republic, shall cooperate fully with and provide any necessary assistance to the Court and the Prosecutor, including by implementing fully the Agreement on the Privileges and Immunities of the International Criminal Court, pursuant to this resolution and, while recognizing that States not party to the Rome Statute have no obligation under the Statute, strongly urges all States and concerned regional and other international organizations to cooperate fully with the Court and the Prosecutor;

Demands that non-State armed groups in the Syrian Arab Republic also cooperate fully with and provide any necessary assistance to the Court and the Prosecutor in connection with investigations and prosecutions undertaken pursuant to this resolution;

Expresses its commitment to an effective follow up of the present resolution, in particular regarding issues of cooperation, arrest and transfer to the International Criminal Court of persons against whom arrest warrants are issued;

Recalls the guidance issued by the Secretary General on contacts with persons who are the subject of arrest warrants or summonses issued by the International Criminal Court;

Decides that nationals, current or former officials or personnel from a State outside the Syrian Arab Republic which is not a party to the Rome Statute of the International Criminal Court shall be subject to the exclusive jurisdiction of that State for all alleged acts or omissions arising out of or related to operations in the Syrian Arab Republic established or authorized by the Council, unless such exclusive jurisdiction has been expressly waived by the State;

Recognizes that none of the expenses incurred in connection with the referral, including expenses related to investigations or prosecutions in connection with that referral, shall be borne by the United Nations and that such costs shall be borne by the parties to the Rome Statute and those States that wish to contribute voluntarily and encourages States to make such contributions;

Decides to remain seized of the matter.

Mark Kersten is a PhD Candidate at the Department of International Relations at LSE. His work focuses on the nexus of international criminal justice and conflict resolution. It specifically examines the effects of the International Criminal Court on peace processes and negotiations in northern Uganda and Libya. Mark tweets at @MarkKersten.

Tunisia’s Race for a New Political Order, Three Years Since the Beginning of the ‘Yasmine Revolution’