Sara Masry moved to Tehran this September to pursue her Master’s degree in Iranian studies. After a couple of months there, she reflects on her experience in her new host country and on the social, cultural and political relations of the region.

The Middle East has long been undergoing a period in which inter-governmental relations are becoming ever-more strained from above, while less critical thinking is employed from below. As tensions between various states are reaching pinnacle after pinnacle, it has become more common for people across the region to take national politics as a benchmark for how to perceive and in turn, treat those of different backgrounds, leading to a great deal of bigotry, chauvinism and generalisation towards entire populations. As politics and diplomacy in the Middle East may leave us wanting for some time, it is worthwhile and even vital for the region’s residents to start considering matters in a more constructive way, from the ground up. 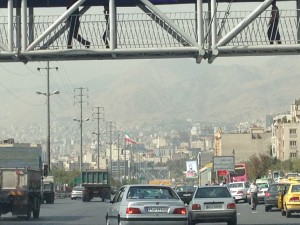 It is undeniable that while such views may not be shared by all, there is a fair deal of stereotyping and generalisation originating from certain governments and individuals in the Arab world towards the people of Iran and those of the Shi’a faith. The sources of this harmful phenomenon may vary among different groups, but they are doubtlessly buttressed by the sour relations between governments in the region and that of Iran. Common stereotypes may and do indeed exist on the other side, however that is an issue for the Iranian people to consider. Having been privy to such dangerous, divisive modes of thoughts from compatriots and others in the region, I believe it is extremely necessary to give adequate attention to this issue, which threatens to drive ever-larger wedges between the peoples of the Middle East. For that purpose, instead of focusing on the negative stereotypes attributed to the country and its people, this piece will present a brief outline of my experiences as a student living in the Islamic Republic so far, specifically the positive socio-cultural aspects.

The first point, which was clear from the moment I arrived, is the overwhelming sense of community evident in the country. From my experiences and observations, people in Iran not only see it as a duty to help others, but are grateful for the opportunity to be a constructive addition to one another’s day. Although there exist clear class divides, as in most other countries, this does not supersede the kind and generous spirit with which Iranians generally conduct their overall relations towards each other. This is not just the case for those of their own nationality: as a foreigner, I’ve been made to feel completely at home, able to settle in with incredible ease despite being in a different environment. This is first and foremost due to the good nature of the locals and the abundant help and generosity I’ve received, ranging from my neighbours to complete strangers on the street going out of their way to make sure I don’t get lost.

While prior to my travel many expressed concern that I would be subject to prejudiced attitudes due to my Saudi heritage given the history and nature of regional politics, this has in no way been the case; on the contrary, I’ve been welcomed with interest and sincere kindness by Iranians from all walks of life. Moreover, I’ve found the local culture to be a diverse and tolerant one, which doesn’t impose any ideal or value at the expense of others. Although there is an arguably monolithic view of Iran in the rhetoric of countless international media and official sources, its population encompasses radically different social groups co-existing seamlessly. This strong sense of community among the people of Iran, regardless of social, religious or economic background, is something to be coveted. 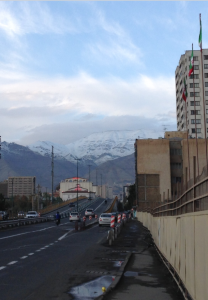 Another positive socio-cultural aspect I’ve observed here is the incredible work ethic and industriousness evident within the populace. A large majority of Iranians place great value on hard work. Leisure and entertainment are certainly an important part of life here as well; from what I’ve gleaned, however, this comes second to decent and honest work. Furthermore, Iranians for the most part do not look down on any type of employment, preferring to earn their keep rather than rely on welfare or birthrights. This, in my opinion, is a crucial factor in the country’s development, and reinforces the above mentioned sense of community within the nation. Strong work ethics and a true desire to contribute to the national economy is indispensable and essential for a country’s progress, and indeed its long-term viability.

The final social feature I’d like to focus on, perhaps a sensitive but nonetheless fundamental one, is that of the status of women in Iran. Although the society and government comprise extremely religious and conservative elements, this fact does not correspond with a curtailed or hidden role for the female population. As a woman residing in Iran, I’ve been able to move freely, carry out my tasks independently and generally constitute an equal member of society. I’ve experienced no obstruction to my everyday life due to my gender, and have enjoyed as much independence and agency as I would in any country in the West. While some take issue with the discourse of oppression which is perceived as a Western imposition, a country is arguably incomplete without the active participation of half of its population in all aspects of life. 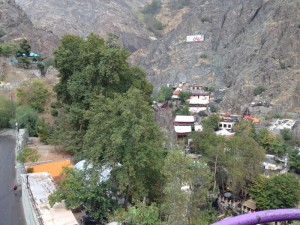 In this short piece, I attempted to discuss some of the positive and constructive characteristics of life in Iran which I’ve experienced so far, not to further pit it against other countries in the region – but to provide a nuanced understanding of a population which is all too often associated with a negative connotation from some of its neighbours. To be sure, there are aspects of life in the country that its inhabitants may not see in such a positive light, as is customary in most modern states. The point is, nonetheless, that cross-regional evaluation of societies and populations, including socio-cultural exchange, is paramount for national and social development on a regional scale. Inter-cultural learning was historically significant in the Middle East, and its value shouldn’t be ignored, neither should an entire population be stereotyped, due to bitter politics in the region. People of the GCC states, for instance, have no qualms about adopting customs and innovations from the West; however when it comes to other countries within our own region the matter inexorably and inexplicably resorts to a cultural competition. Discord between the peoples of the Middle East, no matter where they originate from or what religious sect they adhere to, will only serve to hold the region back. If we love our countries and seek true development for them, we must leave behind such arbitrary and immaterial divisions, and love and learn from the people of our region as a whole.

Sara Masry is a SOAS MA graduate in International Studies and Diplomacy. After spending a year as Centre Administrator at the LSE Middle East Centre, she moved to Iran where she is currently studying for a Master’s in Iranian Studies at the University of Tehran.

Posted In: Featured | Reports from the Ground

Reports from the Ground

Yemen’s Negotiated Transition between the Elite and the Street