Kuwait is an inveterate donor, its foreign aid contribution was recently announced at 2.1% of its GDP, giving more than double the UN Official Development Assistance commitment target of 0.7%. Kuwait’s propensity to generously donate stems from its preference to rely heavily on diplomacy and foreign aid as ‘hot’ tools to achieve foreign policy goals including maintaining its national security, promoting Arabism and Islam and finally fostering security, stability and citizen’s welfare worldwide.

In my opinion, Kuwait’s preference to rely primarily on the aforementioned tools emanates from the state’s constitution and from two major events in the country’s history: the 1980s Iran/Iraq war and the 1990 Iraq/Kuwait war.

Articles (1) and (12) of the constitution promote Arabism and Islam; article (12) states that ‘the State shall safeguard the Islamic and Arab heritage, and contribute in the footsteps of human civilization’. Given Kuwait’s abundance of natural resources and its small army, foreign aid is an effective tool to safeguard Arab heritage. Motivated by its goal to promote Arabism, Kuwait supported Iraq logistically and financially in the 1980s Iran-Iraq war. Kuwait permitted Iraqi troops to use its borders and ports, and extended a US$2 billion loan to Iraq. As a result, Iran attacked Kuwaiti oil fields and tankers and Hezbollah allegedly attempted to assassinate the ruler of Kuwait HHS Sheikh Jabir Al-Ahmed Al-Sabah in 1985. Iran’s reactive antagonism led Kuwait to realise that foreign aid can be counterproductive; in this particular case it threatened national security. Therefore, foreign policy should aim to strike a balance between maintaining national security and promoting Arabism.

When Iraq invaded Kuwait in 1990, Kuwait encountered the curse of its geography and the risks posed by its neighbours; the state also realised the limits of its military power and the importance of foreign aid/Sovereign Wealth when lobbying to pass UN Security Council resolution (678) which permitted the use of military action to liberate Kuwait. During this sequence of events Kuwait also realised that providing foreign aid to certain countries doesn’t necessarily guarantee their support (e.g. the cases of Yemen and Palestine who supported Iraq).

As a result, at this juncture, it may be safe to say that Kuwait’s foreign policy has politically matured; the state has learned from its trials and tribulations and is aware of its strengths and limitations. Kuwait realises that the confluence of its geography, small army and abundance of natural resources dictates relying mostly on diplomacy and foreign aid to effectively achieve foreign policy goals – this is not to say that Kuwait will refrain from using military action to protect its sovereign territory and support its allies if needed (especially other GCC states). It has done so in the past, for example in 1967, Kuwait joined the Arabic coalition in their fight against Israel.

In 1961, the Kuwait Fund for Arab Economic Development was established with a mandate to assist Arab and other emerging countries with their development needs. Since its establishment, the fund has lent a total of $18.5 billion to 104 countries. The majority of the loans went to Arab countries (56%) which is unsurprising given the fund’s mandate and Kuwait’s constitution. Given Kuwait Fund has received only a handful of capital injections from the government, it is effectively self-financing (revenues from interest received) and therefore is largely immune to the volatility of oil price. Kuwait uses the fund assets for development, humanitarian and anti-terrorism interventions on a national and international level:

In addition to the Fund, Kuwait also extends substantial humanitarian aid during natural disasters and wars. For example, it has most recently held three international humanitarian pledge conferences for Syria and was announced to be the third largest donor with at least US$500 million pledged.

The state also gave Yemen US$500 million in the form of humanitarian aid. In an effort to fight terrorism in the region, Kuwait recently provided Iraq with US$200 million of humanitarian aid and accepted to postpone its Gulf War compensation of US$4.6 billion until 2017.

The other source that Kuwait uses to achieve and execute some of its initiatives is the Kuwait Investment Authority (KIA), which was established in 1953 to diversify revenues away from oil and to secure the welfare of future generations. The KIA’s assets stand at US$592 billion and it is ranked as the 7th largest Sovereign Wealth Fund (SWF) in the world. The KIA’s revenues are accounted for separately in national accounts and do not feed into the national budget. The majority of KIA’s actions is driven by its investment mandate and is evaluated based on a risk/return criterion. The government however still uses a portion of KIA assets to support its national and foreign policy agenda, for example:

In summary, Kuwait extensively uses foreign direct aid to craft its desired diplomatic and political outcomes for, shall we call them, smaller ‘wins’ in the day to day global political arena. However, these tools have proved to be insufficient when ‘Black Swan’ like events occur (i.e. the Gulf War and the al-Manakh stock market collapse). In other words, it is safe to say Kuwait learned that discipline with sovereign surplus wealth pays; as often, it typically takes substantial action and resource to offset the impact of certain surprising developments. Kuwait should maintain its discipline with SWF assets given ongoing geopolitical risks, requiring careful planning and readiness to face change.

Dr Hessah Al-Ojayan is Kuwait Programme Visiting Fellow at the MEC. She is also Assistant Professor of Finance at Kuwait University. Her research interests include Islamic finance and economics, GCC and emerging capital market, SMEs, and the history of finance and economics in the Middle East. 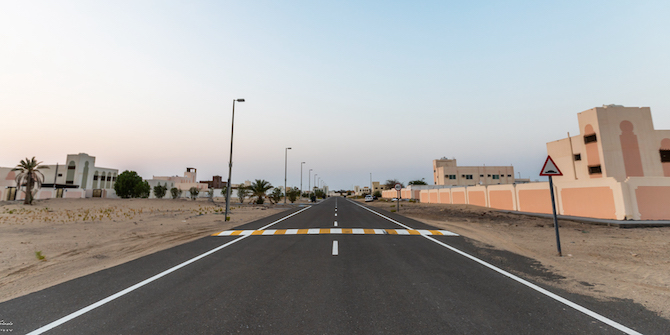 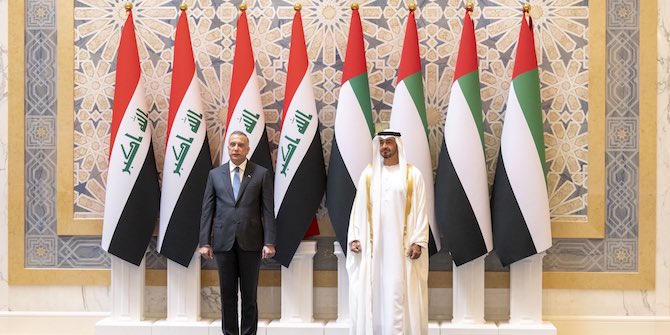 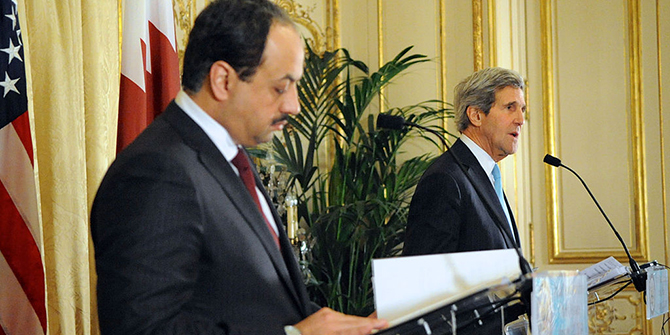 Bad Behavior has blocked 1714 access attempts in the last 7 days.