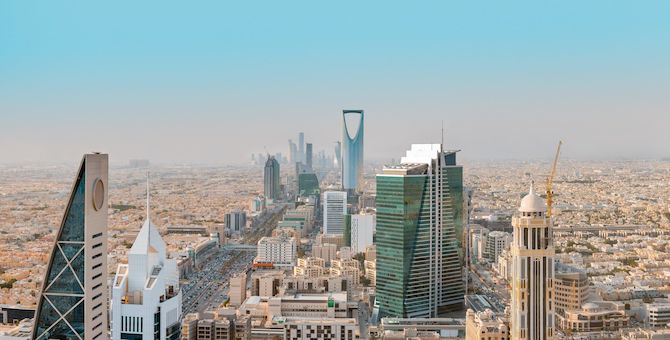 Al Riyadh, capital of the Kingdom of Saudi Arabia, the foremost exporter in the region. Source: Wikimedia Commons

In the 2000s, the GCC’s economic dynamism and future readiness were commended and hailed as the way forward in the path towards MENA integration. Such a positive projection remained almost intact even after the Gulf States had been hit hard by the ruinous financial crisis and recession that brought the global economy to its knees in 2008-2009.

The oil-rich sub-regional grouping has been a catalyst for intra-Arab trade, cross-border capital and labour flows, making the other Arab countries highly dependent on its ebb and flow. To give an illustration, the World Bank calculated an increase of 5% in the MENA investment ratio throughout the 2000-2007 period, chiefly generated by the top hydrocarbon exporters: Saudi Arabia, Kuwait, Qatar and the UAE. Yet, when the GCC’s economic largeness started being affected by the 2008-2009 depression, the Mediterranean experienced a stark decrease in its FDI too, especially the Mashreq, having received 27.3% of Gulf-sourced investments in the previous economic cycle of growth. Likewise, another primary source of financing, the abundant share of labour remittances from Arab Gulf States, follows the same trajectory: it swells when oil production in host countries rises, while it shrinks during negative economic conjectures, with significant repercussions on sending countries’ prosperity and development opportunities. Given that Egypt, Jordan, Morocco and Yemen are the biggest suppliers of labour in the MENA bloc, they are the ones that suffered the most in the recession, with Morocco having lost 17% of remittances inflows and Egypt 10%.

The UNCTAD-generated data on the intra-MENA trade patterns in 2017 confirm the leading role of the GCC group, which largely exceeds the share of exports (63%) and imports (56%) of both the Maghreb and the Mashreq. By all odds, Saudi Arabia stands out as the foremost exporter within the region, even though its intra-Arab share accounts for a modest cut of the Kingdom’s total exports.

With reference to imports, former Vice Chair of the Federal Reserve Stanley Fischer points out that the GCC’s demand for goods is better met by developed nations rather than the other Arab sub-regional economic apparatuses. Considering the nature of products required, Western countries are the GCC’s flagship partners.

Frequent and often long-term interactions between the oil monarchies and the other MENA economies occur also through FDI, which in the last decade accounted for one third of the FDI in the region. Interestingly, in terms of investments, a fast-growing private sector, nurtured by the diversification agenda put forward in the Arabian Peninsula, is taking the lead on a myriad of projects ranging from alternative energy to infrastructure and construction plans, telecommunication networks and real estate. Hence the bulk of oil monarchies’ money went to mega-projects, namely 61%, with an implementation rate of 43%, which as well as creating jobs, stimulated technology transfer and produced a positive spillover on related economic fields. The result is a more mature domestic market, which might eventually operate at the global level if commitment is sustained.

An obvious example is the case of Egypt, which did exceptionally well on FDI attraction. According to the World Bank Doing Business in 2008 report, it drew 40% of the GCC contributions in the Maghreb, received US $1 billion remittances from the Gulf and its outward flows directed to the region witnessed an unprecedented upturn. Yet, only a year later, the wave of FDI plummeted and the pre-crisis levels could not be achieved any longer. Riding on well-established ties with the Mashreq, the Gulf embarked on multiple capital ventures in the area, such as refinery, residential and tourism projects, with special engagement in Jordan. In turn, businessmen from the Mashreq began to allocate their capital in the increasingly competing countries (KSA, the UAE, Qatar and Bahrain) of the Arabian Peninsula. The economic relations between the two blocs, however, cannot be said to be two-way, as the regional architecture is becoming polarised towards the liberalising Gulf States.

The most intense and deeply-seated linkages among the three sub-regions making up the broader economic bloc take place in labour migration, which dates back to the ‘70s oil boom. Mohamed A. Elafif, Assistant Professor of Economics at Qatar University, investigates the possibility of attaining economic integration by means of labour movements and remittances in 12 MENA countries in a 20-year span, and what results from his empirical model is a positive connection between the two variables. Albeit telling to some extent, especially given the complementary labour endowments across the Arab countries, Ahmed Galal and Bernard Hoekman, advisers at the World Bank, warn against taking labour mobility as a surrogate of comprehensive regional integration. However, the question of whether labour mobility can represent the first stage of greater Arab cooperation in the future, in contrast to the prototype of the EU, remains open.

What is apparent is that, in 2006, remittances transcended the official net flows, with impressive peaks in Jordan and Lebanon, and their contribution to the economic development of home countries is documented in the analysis by Barry McCormick, Director of the Centre for Health Service Economics and Organisation at the University of Oxford, and Jackline Wahba, Professor of Economics at the University of Southampton. The scholars emphasise the likelihood of starting an entrepreneurial activity in Egypt when returning home with savings after having been employed abroad. Alice Mesnard, Reader in Economics at City University of London, arrives at the same conclusion when examining the case of Tunisia. Based on official statistics and a survey, her findings show that transfers from overseas workers play a crucial economic role in overcoming liquidity constraints and starting small businesses on return, especially from European countries and, to a lesser extent, from the Gulf.

In sum, although labour migration from the Mashreq and Maghreb to the GCC is sizeable, the Mashreq proves to be far more integrated with the Gulf sub-region, whereas the Maghreb is still peripheral to the Arab labour market, since migration flows are much more oriented towards the EU. Regional integration between the States of the Arabian Peninsula and the other MENA economies has not yet unleashed its full potential. 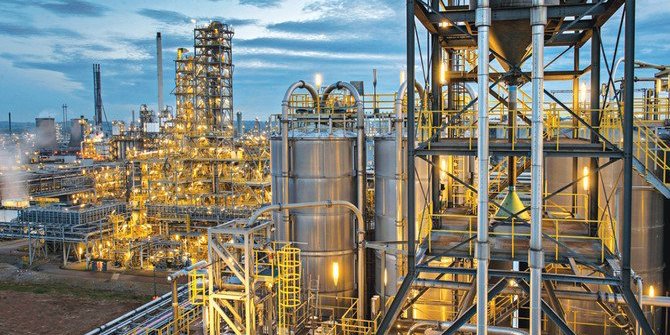 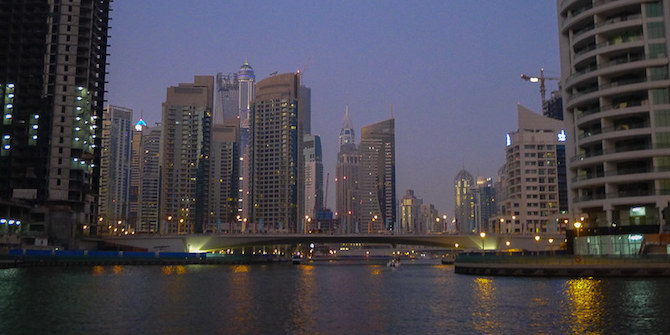