King Salman and His Son: Winning the US, Losing the Rest

King Salman and His Son: Winning the US, Losing the Rest

With the appointment of Muhammad ibn Salman as crown prince in June 2017, Saudi foreign policy has become the subject of fevered speculation. Although at the time of writing King Salman is still in office, we can assume that his son Muhammad had been the de facto orchestrator of Saudi foreign policy even before he was confirmed in his new role. In terms of relations with the US, Muhammad ibn Salman has succeeded in establishing a momentary strong rapport with President Donald Trump and his administration, thanks to serious investment in public relations companies, lobbyists in Washington and the promise to inject funds in the US economy. Relations with Europe look to have cooled, with European leaders still unsure of how to assess the young prince. Many are nevertheless keen to win him over with the promise of financial rewards and stronger military ties for their own economic, strategic and security reasons. In the Arab region, the young Saudi prince has already cemented new, albeit shaky, partnerships with countries such as Egypt and the United Arab Emirates (UAE) in order to further isolate his archenemy, Iran, and more recently Qatar.

This series of articles assess the prospects for new directions in Saudi foreign policy, highlighting the continuities and discontinuities under the new leadership of King Salman and his son Muhammad. The tentative conclusion drawn is that amidst a series of foreign policy failures, winning the favour of the US under Trump has been the major achievement of the new Saudi leadership. However, Saudi foreign policy in Europe has – as ever – taken a back seat and today in several European capitals there is serious doubt as to the merit of this newly assertive and interventionist Saudi regional policy, considered by some to be destabilising the Arab world. With the US once again the old Saudi patron and ally, King Salman and his son see little need to pay attention to Europe, and are instead continuing on their erratic bid to control the region and emerge as a regional power on a par with Iran, Turkey and Israel, though with decidedly mixed results.

Within the Gulf, Saudi policies have fractured the Gulf Cooperation Council (GCC), with two countries – Oman and Qatar – choosing to break ranks with Saudi Arabia over several issues, from Iran to the role of Islamist movements in the Arab world. This latest episode in Saudi regional assertiveness will no doubt embarrass its international partners who will eventually be expected to choose sides in this new Gulf conflict that may not correspond with their own national interests. The new young prince is swift in rewarding allies and punishing those reluctant to support him in each of his foreign policy stands.

The foreign policy of father and son is now based on a single doctrine, namely establishing the supremacy of Saudi Arabia, so as to allow it to become the sole arbiter of Arab affairs and the main point of entry for all international powers into the region. Saudi Arabia under King Salman seems determined to pursue this objective even if it contributes to greater insecurity and upheaval in the Arab world, with serious human, social and political consequences beyond this troubled region.

Salman’s kingdom is being shaped amid real challenges domestically, regionally and internationally. The newly appointed Crown Prince Muhammad ibn Salman is certainly risk-prone, but not a capable firefighter or tactical statesman. He is confident that, equipped with only money and unconditional US support, he can surmount any obstacles to him becoming king as soon as possible. So far, he has succeeded in marginalising his rival cousin Muhammad ibn Nayef and enlisting Donald Trump as an ally, albeit momentarily. He is unlikely to turn his attention to Europe as he considers the US the only superpower that can guarantee his survival, despite the recent broadening of the search for international partners.

However, even Muhammad ibn Salman’s command of a rich economy – despite falling oil prices – and recent loud US support have not enabled him to claim victories in the many wars and conflicts he has embarked upon. The most obvious setback is in Yemen where over two years of Saudi airstrikes have failed to end the local power struggle between multiple factions. His relations with Qatar are bound to deteriorate as the conflict has already reached a stalemate. By July 2017, the Saudis had already tempered their list of demands imposed on Qatar a month earlier as pre-conditions for lifting the boycott and sanctions. His rivalry with Iran is currently fought through several proxy wars. As long as he continues to secure Mr Trump’s approval and support, Muhammad ibn Salman is more likely to light further regional fires than extinguish existing ones.

King Salman and his son have decisively shifted Saudi foreign policy from cautious diplomacy and behind-the-scenes manoeuvring to a more interventionist doctrine. Under the future kingship of the young prince, Saudi Arabia will continue to attempt to become an undisputed Arab regional power even if this requires greater shifting alliances, for example closer cooperation and partnership with Israel. The domestic consequences of such a provocative policy may backfire and lead to future internal upheaval. Saudi Arabia has been set on an unknown future path and its aggressive foreign policy is above all a reflection of domestic political and economic uncertainty that has prevailed since Salman became king. 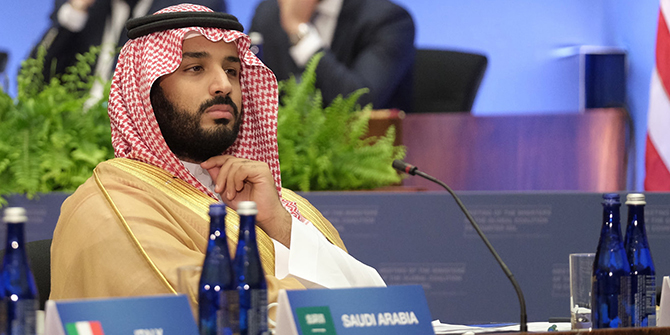 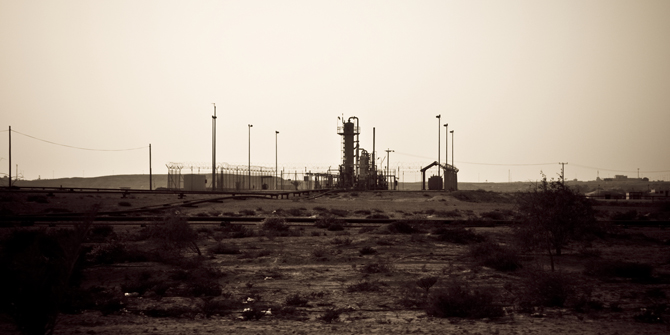