As Egypt approaches the end of President Sisi’s first term, the country’s politics bear the marks of years of ruthless repression: oppositional movements of various political orientations are decimated after mass recourse to jail sentences, torture, intimidation, forced disappearances and exile. The regime has already begun devising ways to make sure the 2018 election is ‘under control’, and plans to modify the constitution to keep the president in power beyond 2022, are – if shelved for now – still on the table for after the election. The stark contrast between the bleakness of the current situation and the still vivid memory of the incredibly dynamic and effervescent political landscape of the Arab Spring has led may people to question how we ended up here.

For everybody haunted by this question, H.A. Hellyer’s book, A Revolution Undone: Egypt’s Road Beyond Revolt, provides answers. The account, which broadly covers the period between 2011 and 2015, is informative, concise and interwoven with personal anecdotes and stories by the author, making the read all the more enjoyable. The reader learns that while cynical or revisionist analyses will claim that the victory of the counter-revolution was either ineluctable or the result of a perfectly orchestrated plot in the making since the fall of Mubarak, the truth is that if certain actors had acted differently, the revolution could have been saved. And all major actors share responsibility.

However, Hellyer makes the convincing point that we should expect ancien régime forces to fight back – because they always do. Therefore, the author puts greater blame on the opponents of the ‘deep state’ who failed to maintain and consolidate revolutionary unity. It is largely the Muslim Brotherhood’s intransigence and the revolutionary camp’s failure to provide a viable political alternative that resulted in the ‘slow-moving train wreck’ and the not inevitable but increasingly probable military coup against Mohammed Mursi. Thereby Hellyer also discredits analyses that take 3 July 2013 as their starting point, the moment Egypt’s democratic experiment suddenly collapsed. In fact, predicting Mursi’s removal several months in advance, the author shows that beyond the plotting of counter-revolutionary forces, the shifts in popular opinion and the risks associated with political deadlock were discernable for those willing to see the signs.

Hellyer retraces the Brotherhood’s unwillingness to give in to different internal and ideological developments, with a less compromising current dominating the organisation in Egypt compared to, for example, its Tunisian counterpart. A similar analytical excursion would have been welcome to give the reader a better idea of why equally uncompromising non- or anti-Islamist political forces, in particular those close to the army and the Mubarak regime, came to be if not majoritarian then at least popular and powerful during the post-revolutionary years. At times, the significant popular support conservative-populist nationalism and its standard-bearers enjoy seems reduced to a mere result of top-down machinations of the army, ancien régime figures and their powerful Gulf backers, or to a mechanical consequence of the poor economic situation. But such a perspective fails to fully grasp the political, historical and strategic appeal to many Egyptians of what were or turned out to be counter-revolutionary actors or ideas. Nonetheless, Hellyer is right to avoid any determinism and paints a lively portrait of a constantly changing political landscape in which unexperienced actors were forced to make decisions of a magnitude they could not foresee, and which more often than not happened to be wrong.

The book does not claim to be an academic enquiry into the underlying factors that explain why the revolutions of the ‘Arab Spring’ failed, in Egypt or across the region. Instead, it is an analytical historical narrative of how Egypt’s revolution was ‘undone’. This is what Hellyer set himself out to do, and does well. For those with an interest in the region’s politics, but who are perhaps eager to understand in greater detail what happened in Egypt after Mubarak’s demise, this book is a very good place to start. For specialists more acquainted with Egypt’s history and politics, the book may not always lead to new insights at every turn of the page. However, the thoroughness and richness of the book constitutes not only one of the first comprehensive attempts at a history of post-2011 Egypt, but also provides ample empirical material for a deeper reflection on structure, agency and contingency, thereby making the read worthwhile. 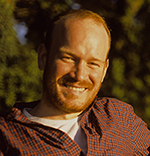 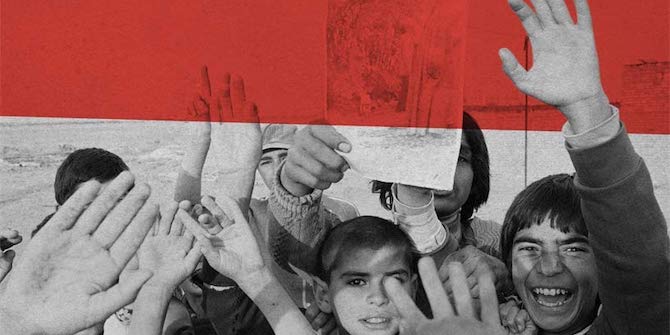 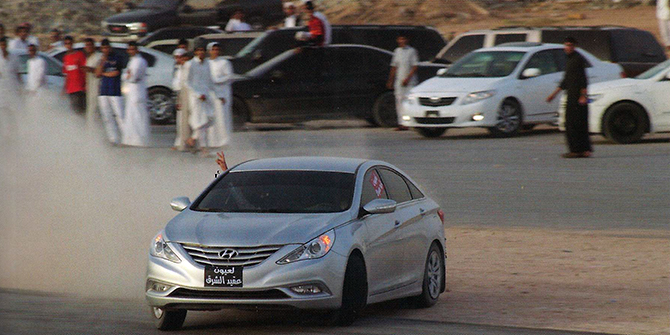