Moscow shares several interests with Tehran. Both oppose American influence in the Middle East. Both fear their internal democratic opponents and believe that America supports them. Both fear Sunni jihadists such as Al Qaeda and Islamic State since these are anti-Russian and anti-Shia, as well as anti-Western and anti-Israeli. Further, both support the Assad regime in Syria, which is also both anti-American and anti-Sunni jihadist.

But despite these and many other common interests, Moscow also differs with Tehran on several important issues. Under Putin in particular, Russia has been pursuing good relations with several of Iran’s adversaries – including Israel, Saudi Arabia, the United Arab Emirates (UAE) and Bahrain. In addition to continued Iranian resentment over defeats, interventions and support for Tehran’s adversaries in both the Tsarist and Soviet eras, there have also been several irritants to their relations in the post-Soviet era. These include their inability to agree on how to divide the Caspian Sea (and all the petroleum resources underneath it) ever since the breakup of the Soviet Union, and Iranian dissatisfaction with Russia for its willingness to limit or even cancel both Russian arms sales to and nuclear cooperation with Iran in the past. While Moscow has claimed that it has succeeded in delaying and weakening Western-sponsored UN Security Council resolutions imposing sanctions on Iran over its nuclear programme, Tehran has been resentful towards Russia for having supported these resolutions at all when it could have just vetoed them.

These differences between Moscow and Tehran, though, have not impeded Russian–Iranian cooperation. Indeed, the tense relationship usually prevailing between Tehran and Washington ever since the 1979 Islamic Revolution has provided Moscow with a certain degree of freedom to pursue policies that Tehran disapproves of since Moscow has usually felt secure in the knowledge that Iran would not respond to Russian policies it dislikes by moving closer toward the US. Moscow, though, has feared that reformist Iranian presidents – Khatami and Rouhani – have sought improved Iranian–American relations and that this would lead to diminished Russian influence in Tehran. Moscow was especially fearful that Obama’s pursuit of a nuclear accord with Iran would lead to a broader rapprochement between the US and Iran.

But without Moscow having to do much itself, opposition to improved Iranian–American relations from anti-American forces in Tehran (most notably Supreme Leader Khamenei) and anti-Iranian forces in Washington (most recently President Trump) has prevented any such Iranian–American rapprochement. Indeed, President Trump’s opposition to the Iranian nuclear accord not only serves Russian interests in preventing an Iranian–American rapprochement, but also in isolating the US from many of its Western allies which support the continuation of the deal.

Still, the increase in Iranian–American hostility ushered in by the Trump Administration also poses problems for Moscow. While the Obama Administration did not share Israel’s and Saudi Arabia’s hostile view of Iran, the Trump Administration does. Israel has long attacked the forces of Iran’s ally, Hezbollah, in Syria. Very recently, though, Israeli forces have reportedly struck Iranian targets in Syria, and Iran has threatened to retaliate. Similarly, the Iranian-backed Houthis in Yemen, which Saudi forces have been targeting, have attacked Saudi territory with missiles that Riyadh claims (and Tehran denies) that they obtained from Iran.

Iranian–Israeli and Iranian–Saudi/Gulf Arab hostility could well escalate into conflict due to their own dynamics no matter who is president of the US is. The Trump Administration’s strong support for Israel and Saudi Arabia as well as its hostility towards Iran suggests that if such conflict does occur, Washington will strongly support its allies against Tehran. If Russia responds by aiding Iran, it stands to lose the good relations it has built with Israel and/or Saudi Arabia and its Arab allies. But if Moscow tries to remain neutral or promote conflict resolution while fighting is taking place, it risks Washington becoming the primary external power shaping the conflict as well as feeding latent Iranian fears of Russian betrayal. In other words, increased conflict threatens Moscow’s ability to maintain good relations with the opposing sides as it has up to the present.

Another problem Moscow faces is that the war in Syria has apparently become increasingly unpopular with elements of the Iranian public, as the chants against it during the demonstrations that took place in many parts of Iran in late 2017 and early 2018 showed. The present Iranian government shows no sign of reducing its level of commitment to the Assad regime. But if Iranian opposition forces ever become strong enough that Tehran must withdraw forces from Syria either to appease or suppress them, then Moscow will have to bear far more of the costs of propping up the Assad regime than it has been up to the present. Direct Iranian–American conflict could also result in Tehran focusing more on defending the Iranian homeland and less on the Assad regime. It will also raise the question of whether Putin is willing – and able – to defend Iran itself in any conflict with the US. Any increased Russian military involvement in conflict that leads to more Russian casualties could further grow opposition to Putin’s regime within Russia.

There is, of course, the fact that an Iranian conflict with Israel and/or Saudi Arabia would give Putin the opportunity to play the role of peacemaker. Indeed, many Russia observers have noted that Moscow’s ability to talk with all sides in the Middle East while Washington does not talk with Iran gives Russia an opportunity to play this role. But being able to talk to all sides in a conflict by itself does not give an outside power the ability to resolve it. Washington’s success in arranging the Camp David Accords between Israel and Egypt, for example, did not occur just because the US could talk to both sides, but also because Washington was willing and able to provide both sides with substantial assistance (which the US is still providing) as an inducement to make peace. Putin does not seem willing or able to provide similar inducements to Iran and its antagonists now.

Thus, while Moscow may not have to fear an Iranian–American rapprochement under Trump and how this might undermine Russian influence in Tehran, the more likely prospect of conflict between Iran on the one hand and Israel, Saudi Arabia or even the US itself on the other poses important risks for Putin. While Russian–Iranian cooperation up to now has been based on their common interests outweighing their ongoing differences, the possibility of increased conflict between Iran and its regional rivals could significantly raise the costs for Moscow of continuing to cooperate with Iran as well as highlight Moscow’s inability to effectively play the role of mediator.

Mark N. Katz is Professor of Government and Politics at the George Mason University Schar School of Policy and Government. He was a Fulbright Scholar at the School of Oriental and African Studies (SOAS) in London during January–March 2018. 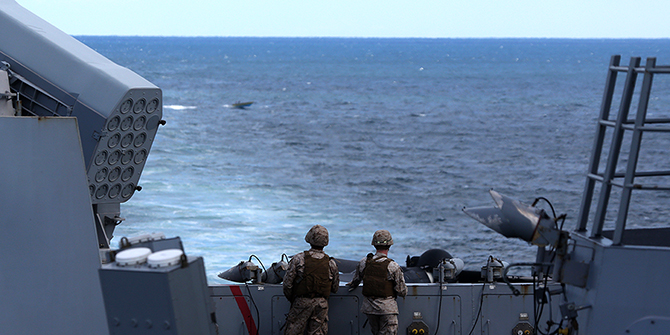 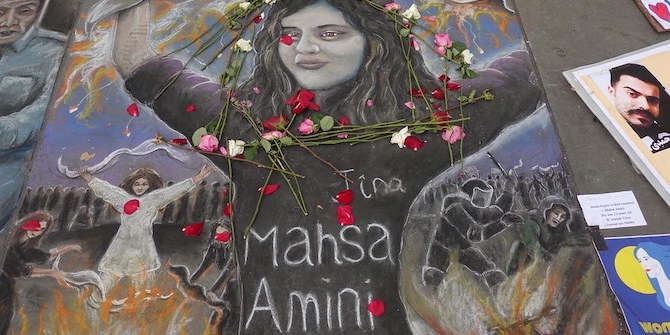 Bad Behavior has blocked 641 access attempts in the last 7 days.