Historical precedent provides strong evidence that, when it manages to keep a united front, Europe is capable of playing an important role in Middle Eastern geopolitics. When Britain, France and Germany (E3) mustered support from the rest of the EU to pursue a diplomatic solution to the Iranian nuclear crisis, they eventually laid the groundwork for the Joint Comprehensive Plan of Action (JCPOA), the 2015 nuclear deal. By successfully promoting the nuclear deal, the Europeans managed to uphold the non-proliferation regime and greatly diminish the risk of a military confrontation over Iran’s nuclear programme.

The JCPOA is now threatened by US President Donald Trump’s decision to pull out of it or, more accurately, to re-impose the sanctions the US had suspended pursuant to it. If Europe wants to continue to influence Middle Eastern geopolitics, its main asset is defending the nuclear deal. EU governments have pledged they want to keep the JCPOA alive, and Iran has agreed to wait and see whether they can in fact provide it with benefits offsetting the loss of the US. Alas, there’s the rub, as Hamlet lamented.

The crux lies in the so-called US secondary sanctions, which allow US regulators to hit foreign companies with huge fines and other penalties doing businesses in Iran. The calculus of the US administration is that EU companies and banks will voluntarily wind down their business ties with Iran to safeguard their interest in the world’s largest economy. In short, even if European governments remain committed to the JCPOA, they may be unable to ensure that EU companies and banks will be willing to invest in and trade with Iran. The Europeans have consequently worked on solutions to make sure that Iran continues to benefit from adherence to the deal. They have resumed and updated an EU regulation from the 1990s that makes it illegal for EU firms to comply with the extraterritorial application of foreign legislation. They are studying ways to involve the European Investment Bank in providing credit lines to EU small and medium-size enterprises willing to invest in Iran. They are also considering the possibility of EU governments making direct payments to the Central Bank of Iran to avoid US penalties.

The result of these activities has so far been disappointing. A number of EU firms and companies have already announced they will wind down their operations in Iran. Concerns that the Iranian leadership may soon be losing patience and leave the JCPOA itself are consequently mounting. For the efforts to have a chance of success, the Europeans need to keep their cool. So far, the Europeans have acted on the assumption that time is running short. In fact, they should play the long game and convince the Iranians that it is in their interest to do the same.

The defence of the nuclear deal is critical, but even more so is avoiding that Iran takes steps that may trigger an escalation in the region. This would play in the hands of the US administration. As Secretary of State Mike Pompeo has stated, the US is now committed to a strategy of maximum pressure – via sanctions and military containment, especially in Syria – to force Iran to capitulate on all fronts (nuclear, ballistic and regional) or bring about a regime change in Tehran. The Europeans should draw three conclusions from America’s new confrontational strategy towards Iran.

The first is that they cannot play along the US, as the E3 tried to do before Trump’s pull-out decision. The E3 believed that conceding to Trump’s demands to augment pressure on Iran on such non-JCPOA related issues as the ballistic programme and the Islamic Republic’s regional role would persuade the US President to stay in the deal. If the Europeans hope that a similar approach could convince the US administration to provide their companies with sanctions waivers, they have not been paying attention. The key to the success of America’s new confrontational strategy is drying up all sources of revenues for the Iranian government, which leaves no room for any exemption. More importantly, the Iranians would see the Europeans as duplicitous and determine that sticking to the JCPOA no longer makes sense.

This is not to say that the Europeans should not engage the US administration. In fact, they should prompt it to provide guarantees that the US pull-out does not imperil the JCPOA’s non-proliferation mechanisms. Cooperation with Russia and China is critical in this regard, as Russian and Chinese entities responsible for implementing key non-proliferation components of the JCPOA may become the target of US sanctions.

The second conclusion for the Europeans is that, contrary to what the Iranians have been saying, the time is not yet ripe for devising ways to escape US secondary sanctions. Secretary Pompeo has pledged the Trump administration will not only re-impose sanctions but add new ones. Whatever the Europeans come up with now, the Americans will study and react to in the next wave of sanctions. Thus, the Europeans should not rush into laying out a comprehensive framework to avoid US sanctions. Rather, they should further explore the options they have been working on, wait to see how the US sanction regime will actually play out, and only then decide how they can deal with it by exploiting loopholes and devising ways to get around it. Retaliatory measures would also make sense, but given the lack of consensus on this point in the EU, better to wait. If the actual use of US secondary sanctions generates a backlash in Europe, then promoters of retaliatory measures should seize on it and push for joint EU action. The exception to this mid-term strategy concerns Iran’s ability to continue to export oil using different currencies than the dollar, which the Europeans should already make every effort to facilitate.

The third conclusion is that the Europeans should convey to Iran the message that the JCPOA is about more than non-proliferation commitments (by Iran) and sanctions relief (by the other parties). The deal is also a political arrangement providing a platform for broader European–Iranian interaction. It follows that Europe should engage Iran on regional issues. The recently started dialogue between the E4/EU (the E3 plus Italy and the High Representative) over Yemen is a step in that direction, but the Europeans should work towards extending the scope of the interaction to other regional crises. Ideally, this new format should work as shaper of EU-wide policies towards the Middle East the way the E3/EU did on the nuclear issue. Greater coherence (for instance, on the issue of weapons sales to Arab Gulf countries) would provide Europe with added political weight to press the Iranians on agreeing to solutions its rivals and foes could find acceptable.

To keep the JCPOA alive, the Europeans need to strengthen their credibility as reliable players even more than they need to apply concrete measures, although these will be necessary too. Strategic patience is of the essence until the full picture of the new US sanction regime becomes clearer, not only on paper but also in terms of its actual functioning. The Europeans should adapt to the process as it unfolds, working around it and possibly against it, while keeping the Iranians engaged. If the JCPOA continues to function and Iran avoids isolation, the Europeans will have safeguarded their non-proliferation interests and also proven they can impact Middle Eastern geopolitics according to their own priorities.

Riccardo Alcaro is Research Coordinator and Head of the Global Actors Programme at the Istituto Affari Internazionali (IAI), Rome. Riccardo has been a Visiting Fellow at the Center for the United States and Europe (CUSE) at the Brookings Institution of Washington, DC. His latest publications include Europe and Iran’s Nuclear Crisis: Lead Groups and EU Foreign-Policy Making (Palgrave Macmillan) and the editing of a special issue of The International Spectator on ‘The Liberal Order and Its Contestations‘. He tweets at @Ric_Alcaro 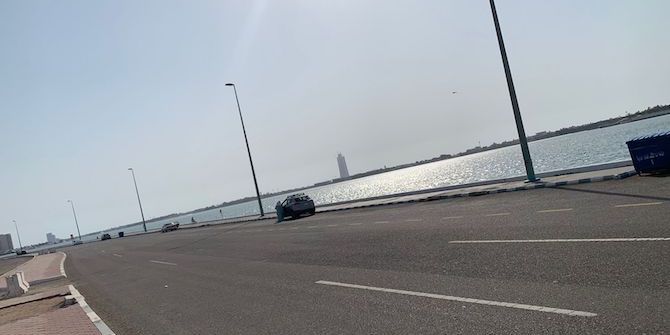