Wasta, the Arabic word for ‘middleman’ or ‘connection’ (and pluralised here as wastas), refers to a social connection or relationship that can help one achieve a goal.  In a country where the cultural practice of drawing on social connections is deeply embedded and widespread, access to a powerful wasta, sometimes referred to as having Vitamin W, can have a massive influence on success. While not always seen as a negative thing, this deeply embedded cultural practice can indeed work in the favour of some at the expense of others. However, access to social networks, traditionally through family and kinship ties, is an essential form of social capital within Saudi Arabia. While recent literature points to a decline in the power of kinship ties, this has arguably only led to an evolving composition of influential social networks beyond tribal relations to encompass friendships and work colleagues, but it does not mean a decline in the power of such networks.

Over the course of the past several years, the advancement of women’s rights highlights successes for women that many believe have been a long time coming. From ending the ban on driving, and enabling women to apply for their own passports and register their child’s birth, to high profile appointments in banking and government, announcements of fundamental and sweeping changes to women’s work opportunities and their legal status within the Kingdom are frequent. While it is difficult to pinpoint the single turning point that improved the status of women, Saudi Arabia’s Vision 2030 has been a catalyst for more diverse and inclusive labour market policies. Yet the focus on women’s economic gains diverts attention away from persisting social obstacles to gaining influence. Despite the political will to increase opportunities in the form of legislation and labour policies, the persistent strength of male dominated spaces and social networks, and low levels of women’s representation in public sector leadership positions, means that women’s ability to ‘pull strings’ is much weaker than that of their male counterparts. Women not having access to strong female wastas in government will continue to limit their gains.

For two years in a row, Saudi Arabia’s legal and regulatory reforms have been recognised by the World Bank’s ‘Women, Business and Law’ reports, ranking the country as a top reformer. Within the Kingdom, the international benchmark indicates successful reform momentum, allowing policymakers to brush off resistance to including women as temporary and declining. Indeed, international benchmarks are the gold standard of reform within the Kingdom, despite contextual caveats that can be overlooked by benchmarks developed for other contexts.

Tasked with convincing the private and public sectors to hire more women, appoint them to leadership positions, and close the gender gap, the Undersecretary for Women’s Empowerment at the Saudi Ministry of Human Resources and Social Development (MOHRSD) has highlighted massive advances in recent years, embodied by the World Bank ranking, and stresses the economic importance of empowering women and its positive contribution to GDP. The Kingdom has surpassed many key performance indicators in the Vision’s National Transformation Programme that initially aimed to increase the overall share of women in the labour market from 21.2% in 2017 to 24% in 2020. Indeed, women’s labour force participation rate for Q4 of 2020 reached 33.1%. While more women are participating in the labour market, however, female unemployment remains high at 24.4%, compared to the male unemployment rate of 7.1%.

However, and most significantly, only 2.5% of leadership positions in government (representing 25.6% of GDP) are occupied by women, short of the target of 5%. This low level persists despite the introduction of leadership training and incentives to encourage hiring more women. Women in government are concentrated in the public sector, specifically in education and healthcare. While the accomplishments cannot be ignored, representation in government leadership is imperative for women’s active advancement. The lack of representation essentially indicates a massive deficit in their social capital.

Deep rooted segregation in education and society means that men and women tend to only foster same-sex friendships in social settings. Furthermore, differences in young men and women’s attitudes to education and qualifications influences the types of relationships that are developed during their schooling. When women primarily view their education as beneficial, but not as a functional route to a career, they may not be looking to strengthen social networks that could be drawn upon for their careers.

Today, accessing networks of power and support almost always involves drawing on male ties, and women’s networks and access to power in the workplace is most likely reliant upon their male relatives, who may be reluctant to facilitate women’s progression. Even when women seek out wastas from within their friendship circles, decisions around employment, interviews and offers ultimately often lie with men in positions of power. The gendered nature of jobs and resistance of family members to allow women to work further amplifies the need for supportive networks in places of work. The literature supports the importance of having wasta and a strong social network to access jobs and advance careers. Experiences vary based on class, family status and other social indicators, but overall, employment patterns remain gendered, and upholding social ‘acceptability’ often dominates decision-making. Efforts to enhance work environments through childcare facilities and anti-discrimination policies are diluting resistance, yet the social pressures to fulfil traditional gendered roles remains stronger.

Women are faced with systematic limitations to their choices that are not only institutional but closely related to persisting social and cultural norms, defining their roles in ways that may not align with their own perceptions. As wasta culture persists, but evolves beyond kinship ties to friendships, it will be more important for women to gain leadership positions to counter favouritism in male networks. For women, true empowerment in the labour market can only be partially met through political will from the top. To realise real and sustainable change, many more women will need to join those who have broken through the barriers, joining them around the ‘old boy’s’ table where decisions about their future are debated and facilitated.

Hanaa is a Fellow at the King Faisal Center for Research and Islamic Studies. Her research explores the influence of social dynamics on work and education amongst youth in the GCC. She is currently a Visiting Fellow at the LSE Middle East Centre, and tweets at @HanaaAlmoaibed 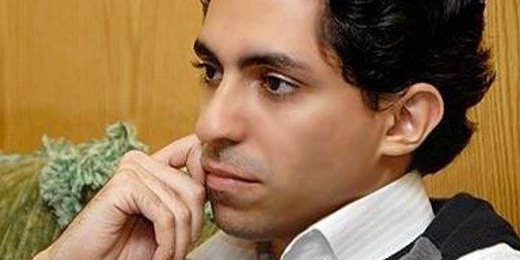 Bad Behavior has blocked 1517 access attempts in the last 7 days.